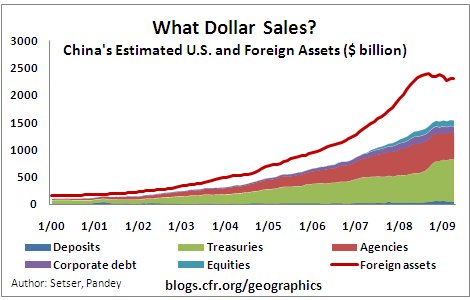 Many fear that China will not be willing to continue financing the growing deficits of rich countries, particularly that of the U.S. Throughout the crisis, China has continued to buy dollar assets, although its total reserves have leveled. China will have to choose between controlling its exchange rate or controlling its dollar purchases.