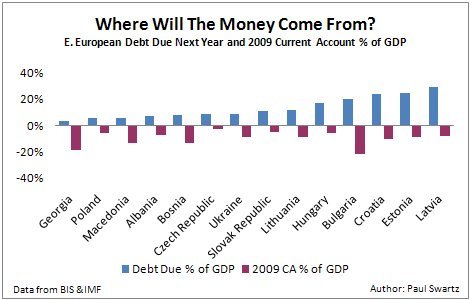 Many Eastern European countries have a strong need for external financing. Negative current accounts and dangerously high levels of short-term debt are raising fears of financial instability. EU leaders on March 1st rejected calls for a $229 billion rescue fund for struggling economies in the east. Instead of a single plan for the region, the EU will be taking a case-by-case approach. The following articles discuss the problems facing Eastern Europe.

Economist: The European Union-Ailing in the East