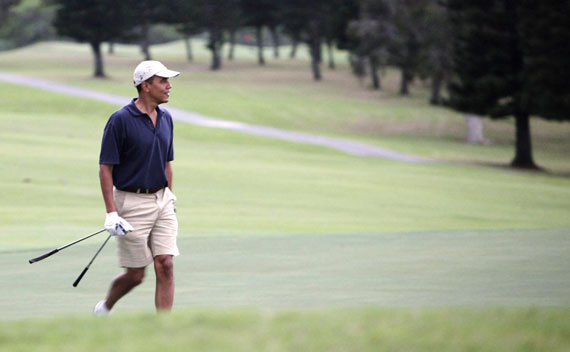 Above the fold. So President Obama is now off on vacation in Hawaii. He presumably will enjoy it, having crossed repeal of "Don’t Ask, Don’t Tell" and passage of the New START Treaty off his to-do list.  The New York Times, Washington Post, and Wall Street Journal all have their as usual excellent reporting on Wednesday’s New START vote. GOP leaders now say that although they drew a line in the sand against New START last weekend, they didn’t push Republican senators to toe a party line. Perhaps. But even if they tried and failed, the White House (and its supporters) would be mistaken to read its New START victory as a blueprint that can easily be applied to tough domestic issues. Chairman of the Joint Chiefs Admiral Mike Mullen and every living Republican Secretary of State are not going to endorse Obama’s proposals for tax hikes, climate change legislation, immigration reform, and economic regulation.

CFR Event of the Week. It was a quiet week at CFR, so we’re dipping into the archives for Secretary Clinton’s visit to the Council in September. You can read the transcript, watch the full video, or listen to the audio. In the clip below, Clinton discusses the need for American leadership in today’s world:

Backgrounder of the Week. Attorney General Eric Holder’s recent warning about the threat of homegrown terrorism caused a stir. For insight on radical Islamists in the United States, check out this CFR Backgrounder.

Read of the Week. A Christmas Carol By Charles Dickens. The lessons that Ebenezer Scrooge learns are lessons for us all.

Blog Post of the Week. Garance Franke-Ruta over at theatlantic.com makes the case that the lame-duck session that just wrapped up was the most productive since World War II.

Poll Question of the Week. Gallup reports that 37 percent of Americans doubt that Barack Obama believes that “the U.S. has a unique character that makes it the greatest country in the world.”  A whopping 61 percent of Republicans hold this view. Obama fares substantially worse than Ronald Reagan (9 percent), Bill Clinton (19 percent), or George W. Bush (22 percent). Don’t be surprised if Republican presidential candidates try to make Obama’s failure to embrace American Exceptionalism a campaign issue.

Chart of the Week. The political battle over the New START Treaty may have been epic, but the treaty’s impact on nuclear stockpiles is modest at best.

Too Good Not to Note. I was unable to read my normal array of blogs this week because I was busy reading Laura Rozen here, here, and here, and Josh Rogin here, here and here on New START. A tip of the CFR cap to Laura and Josh for the excellent reporting on this and other breaking foreign policy news stories in 2010. Fred Kaplan reviews the politics of the New START debate. Nate Silver reviews the census data and doesn’t see much of an impact on the 2012 presidential race.

Quote to Ponder. “When you win, say little. When you lose, say less."  Patriots Coach Bill Belichick as quoted by Tom Brady, three-time Super Bowl winner and Michigan class of 1999.

A Reason to Smile. Santa Claus.