Korea is widely thought to have intervened when the won got a bit stronger than 1100 at various points in the third quarter (a numerical fall is a stronger won). 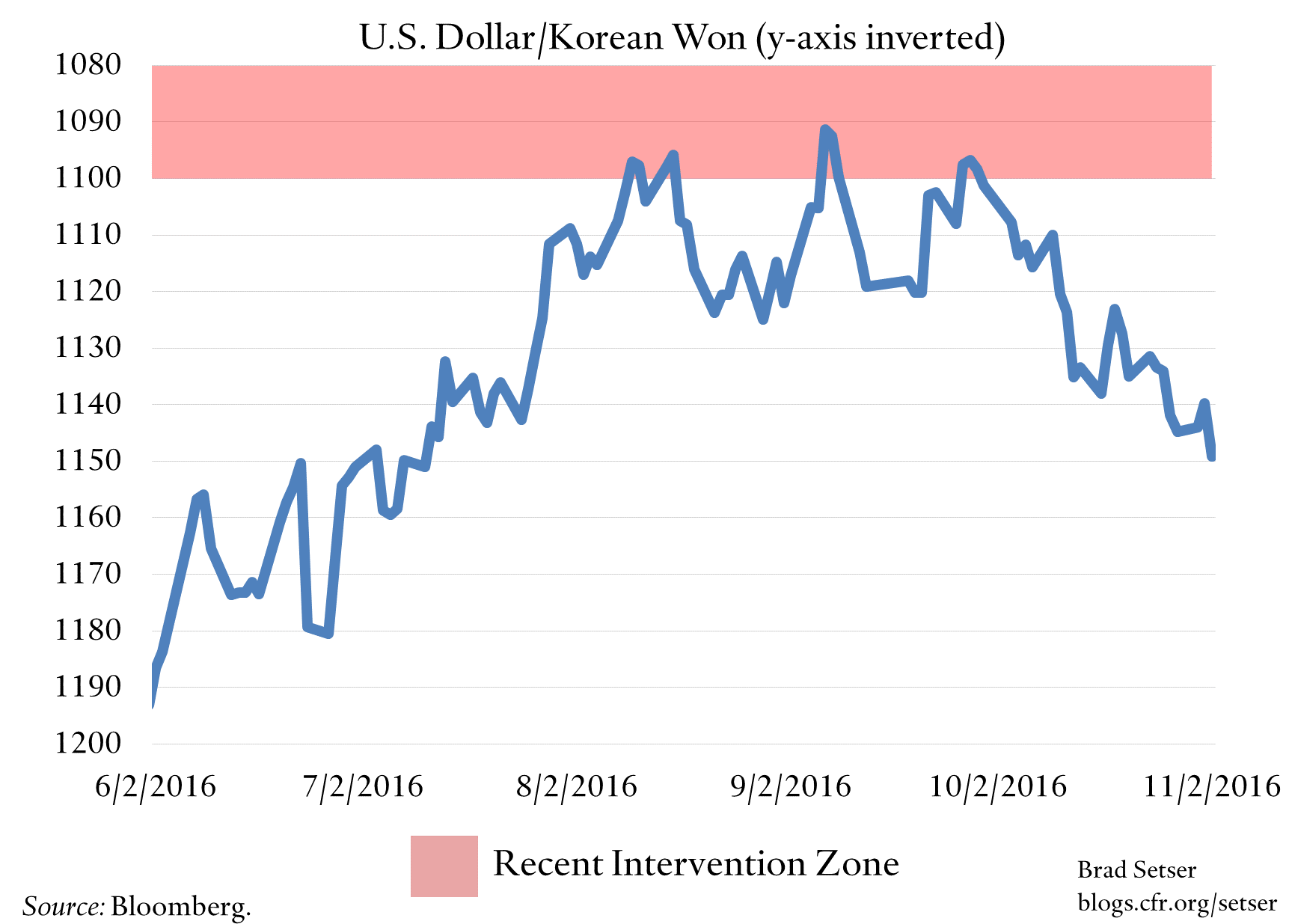 I suspect that had an impact when the market wanted to drive the won higher. And, well, market conditions have changed since then. The dollar appreciated against many currencies in October, and Korea’s own politics have weighed on the won. Korea’s headline reserves fell in October, but that was likely a function of valuation changes that reduced the dollar value of Korea’s existing holdings of euro, yen, and the like, not a shift toward outright sales.

There though is a bit of positive news out of Korea. The new finance minister, at least rhetorically, seems keen on new fiscal stimulus. The Korea Times reports the nominee for Finance Minister supports additional stimulus:

"I [Yim Jong-yong] believe there is a need (for a further fiscal stimulus) as the economy has been in a slump for a long time amid growing external uncertainties."

Korea has the fiscal space; it should use it!

* The balance of payments shows reserve purchases of $1.9 billion; the forward book increased by just under $0.2 billion. And if you look at broader measures that try to capture changes in the offshore accounts of the fiscal authorities, the intervention in September might be a bit smaller, a rise in offshore fiscal deposits in August was partially reversed.