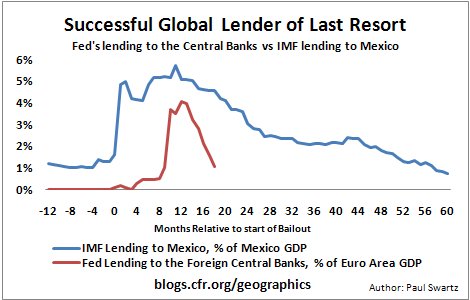 The U.S. and IMF bailout of Mexico in 1994 is often cited as a textbook example of a successful financial rescue. The economy stabilized allowing Mexico to pay back most of its loans in less than 2 years. In response to the current crisis the Fed took on the role of global dollar lender of last resort by lending to foreign, primarily European, central banks. These loans were paid back more quickly than Mexico’s. 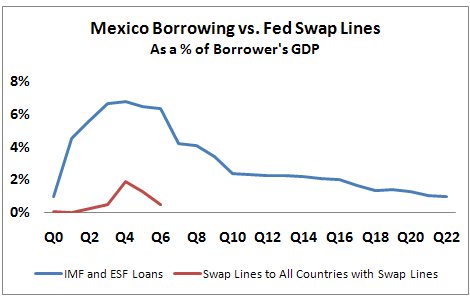