In a recent Council on Foreign Relations roundtable discussion, Michèle Flournoy, chief executive officer of the Center for a New American Security, reflected on today’s complex and dynamic security environment and gave an unexpected answer on how to better address its threats: involve women.

“There’s now a very fact-based, pragmatic case,” said the former undersecretary of defense for policy, “that says paying attention to the status of women and their inclusion in society will actually have a dramatic impact on the health and stability of that society, as well as the country’s relationships with other states.” Flournoy suggested that the knowledge, skills, and networks of women can help governments and international actors better resolve today’s security challenges.

There is a growing body of academic research on the effect of women’s participation in many fields, including in peace and security. A review of forty peace negotiations since 1990 found that when women inform and influence a peace process, the resulting agreement is less likely to fail. In addition, studies have found that a higher level of gender equality in a state is associated with a lower propensity for conflict.

There increasingly are policies in place to include women in addressing security challenges. A series of United Nations Security Council resolutions outline commitments and the 2011 United States National Action Plan on Women, Peace, and Security lays out how the U.S. government will “empower half the world’s population as equal partners in preventing conflict and building peace.”

Yet, as Flournoy suggested, many U.S. government officials and contractors are either unfamiliar with or unconvinced by the need for women’s participation in security processes. As a result, there are missed opportunities—for example, to prevent violent extremism or to strengthen state institutions—where partnerships with women would improve outcomes. 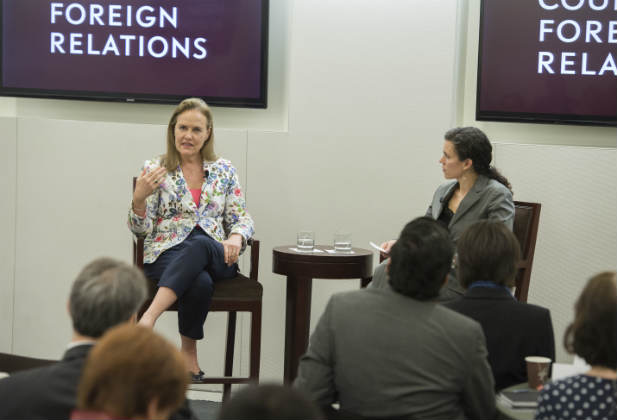 To address these gaps, there are several avenues through which the U.S. government can improve its security efforts.

First is through committed leadership. National security leaders across the executive and congressional branches can help the U.S. government translate its policy into practice. This requires consistent attention as the U.S. government sets priorities and designs programs for specific countries, in order to make sure they engage women as partners in preventing and resolving conflict. Leaders can help hold agencies accountable for delivering on commitments by asking, as Flournoy suggested, whether women are included in a security process and whether the process is “fully leveraging the power of [women’s] insights.”

Second is through regular consultation. National security leaders can model the U.S. government’s commitment to women’s participation by meeting with women leaders from around the world, both while in Washington and on travel to conflict-affected countries, in order to better learn from their perspectives on security. When Flournoy went to Afghanistan, she asked that her schedule include time with female leaders, such as entrepreneurs helping their communities recover, and girls pursuing an education. By actively seeking to “engage the other half of society,” she demonstrated to fellow U.S. officials and their Afghan counterparts the positive effects of including women and girls in the conversation.

Third is through increased funding. To improve outcomes, Flournoy urged that more resources support women’s participation, including through standalone programs as well as through requiring traditional peace and security programs ensure the participation of women.

Fourth is through continued education and guidance. Training and tools help officials think through what they should do differently in their daily tasks. Flournoy reflected, “a lot of what people at DoD stumble on … is ‘what do you want me to do differently?’ and ‘how does this actually work?’” To help staff answer these questions, efforts are underway to provide better training, but there is more ground to cover.

Fifth is through greater documentation. While there are many examples of how the defense department has encouraged the participation of women in its security efforts, the lessons from these experiences are not widely accessible. Flournoy suggested an effort to collect case studies and vignettes that would illustrate to officials across the U.S. government how engaging women in specific situations has contributed to better results. A recent issue of PRISM, a security studies journal published by the Center for Complex Operations, is a step in the right direction, assessing the role of women in security environments from NATO to the Sahel to Yemen. 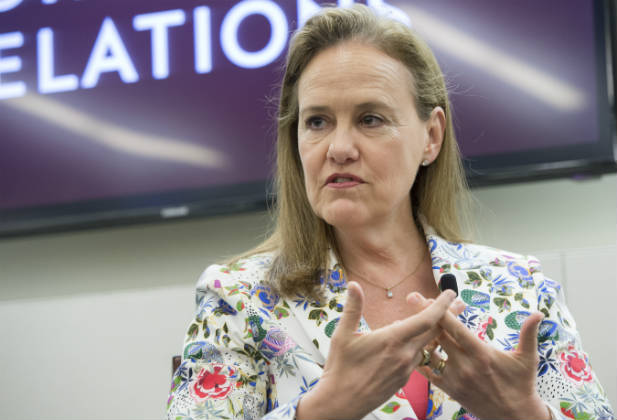 The next administration has an opportunity to put new energy behind these efforts, and to help the U.S. government act on its rhetoric. As Flournoy reflected, “why wouldn’t you fully leverage all of the talent available in the society particularly when you’re trying to drive change and make progress on a very difficult journey?”

Read the transcript or listen to the audio of the CFR roundtable discussion, Addressing Security Challenges: A Conversation with Michèle Flournoy