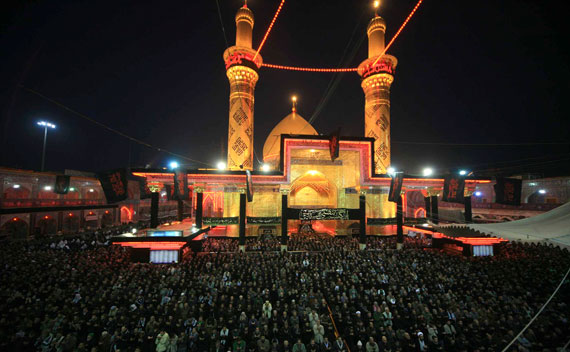 Shi’ite pilgrims pray at Imam Abbas shrine in the holy city of Kerbala in Iraq. Shi’ite Muslims are commemorating Ashura, the most important day in the Shi’ite calendar which remembers the death of Imam Hussein, grandson of the Prophet Mohammad, in the 7th century battle of Kerbala.

Sorry for the intermittent posting – I am out of commission with the flu, but here are a few interesting articles from around the Middle East.

There are rumors that Magdi Ashour, the expelled member, accepted the government’s help in engineering his legislative victory.

Egypt and Lebanon have similar deals with Cyprus, but Israel’s deal underlines the security implications tied to the Gaza blockade.

Wikileaks does succession in Egypt

What do Egyptian leaders think of a Gamal Mubarak presidency?