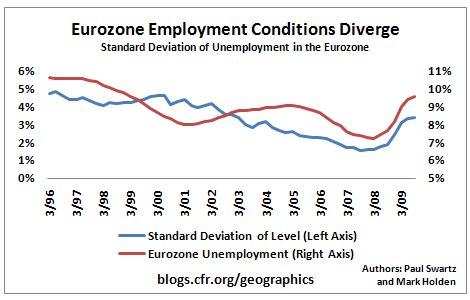 The greatest challenge of European monetary union is devising a single monetary policy for a large grouping of countries facing divergent economic conditions. As these charts show, this challenge has been thrust to the fore since 2008, as eurozone employment conditions have diverged dramatically across member countries. Whereas the effectiveness of independent monetary policy as a tool for managing employment in smaller open economies is much debated among economists, the political challenge facing the European Central Bank in having to justify its policy decisions under current conditions is clear. 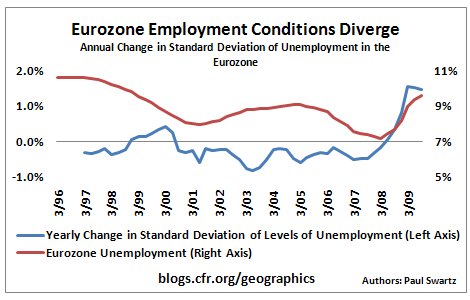 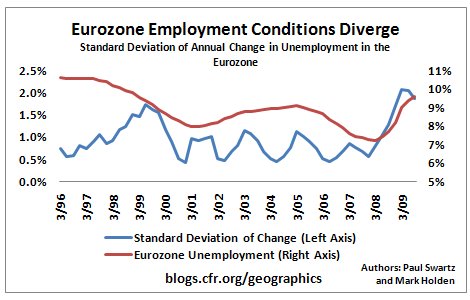 CFR Meeting: The Euro at 10

Virtual Roundtable: World Order After COVID-19: Perspectives From the European Union and Russia