In January 2013, we released a report that called on President Obama to reform U.S. targeted killing policies in non-battlefield settings. Included in that report was a chart that estimated the number of strikes, total fatalities, and civilian fatalities through the end of 2012. The data was based on averages within the ranges provided by the Bureau of Investigative Journalism, Long War Journal, and New America Foundation.  We have updated our chart to display all known U.S. targeted killings in non-battlefield settings from the first one on November 3, 2002, through the end of 2013. 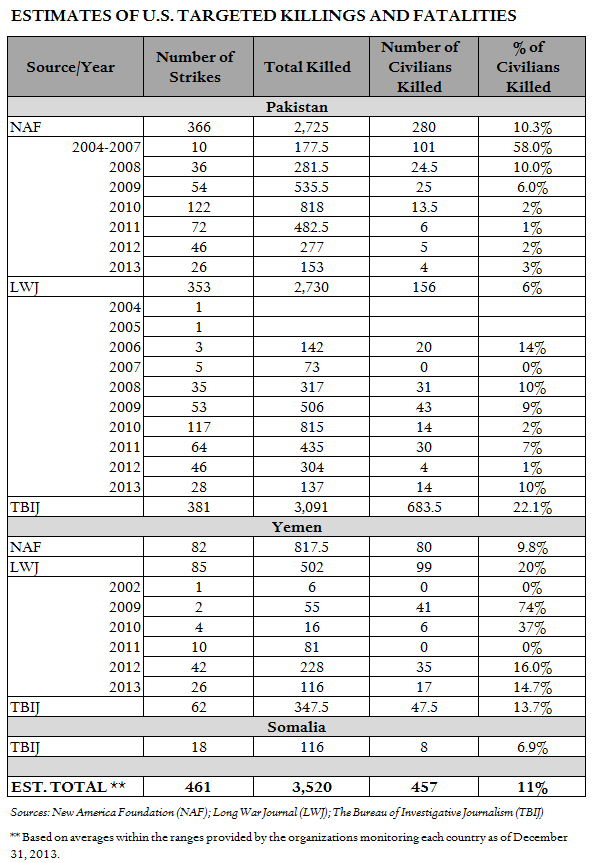 You Might Have Missed: Drones, U.S. Arms in Iraq, and Civil-Military Relations

Top Conflicts to Watch in 2020: A Cyberattack on U.S. Critical Infrastructure