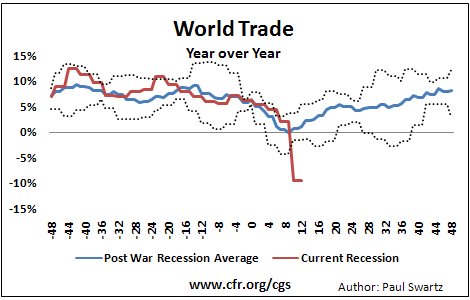 The WTO has forecast that world trade will decline by 9% this year, the largest fall since World War II and the first decline since 1982. The severity of the contraction in world trade not only exceeds the post-WWII recession average, but is also deeper than in any post-war recession. In response, G20 leaders extended their agreement not to impose protectionist trade barriers to the end of 2010 and promised $250 billion in trade finance.

Side-By-Side with the Depression