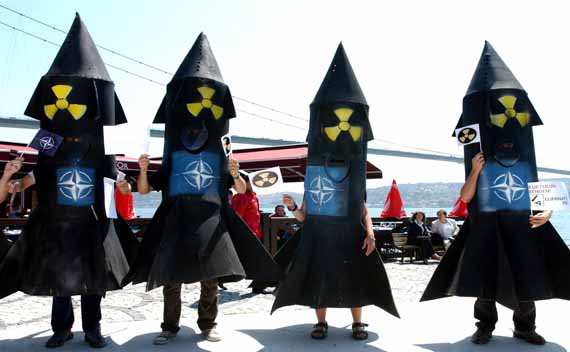 I am back from Turkey. Great trip except for the exceedingly large man sitting next to me on the flight from Istanbul to London. That was uncomfortable.

Last June, I wrote about the divergence of American and Turkish foreign policies. This trip (my first since May) only re-affirmed my conclusions from the now (in)famous “Frenemy” piece. Washington and Ankara are moving away from a strategic partnership to a transactional relationship. Nowhere is this more clear than when it comes to Iran. The Turks have a vastly different perception of the Iranian threat from the United States (and Israel, Saudi Arabia, Egypt, and most of the Gulf states); and while Ankara is clear that it does not want Iran to develop nuclear weapons, Turkish engagement with Iran continues apace. Last week the Treasury’s point man on Iran sanctions, Stuart Levey, did not get very far convincing the Turks to go further than the largely symbolic UN sanctions, which Ankara voted against.

The next big issue on the U.S.-Turkey agenda is a proposed NATO missile defense system, that if it is developed, will have a radar component based on Turkish soil. The Turks are deeply uneasy about these plans, which will likely make for some turbulence in the run up to the NATO meeting in Lisbon on November 19-20. At the moment, the Turks have two demands. They do not want any country (i.e. Iran) to be identified as the “target” of the system and they do not want any non-NATO countries to have access to the intelligence used for the missile defense system. (Can you spell I-S-R-A-E-L?) Some Turks argue, unconvingcingly, that in the event of an Israeli or American strike on Iran’s nuclear program, Turkey, by dint of hosting the radar site, would be a target of retaliation. More persuasively, they fear that a military attack on Iran will destabilize the region. They saw this happen in Iraq, and they would like to avoid it in Iran. Ankara is also worried that sanctions and/or a military strike will disrupt Turkey’s plans to upgrade its trade relations with Iran, which the Justice and Development Party hopes will reach $30 billion in the next 5 years.

I have heard a lot of this before, but what seems different this time is the sense that Turkey is calculating the costs of its alliance with the West. It used to be issues like missile defense were hard, but because aligning with NATO was an identity issue, the Turks would ultimately sign up. Ankara is not walking away from NATO, and there will be a compromise—the Turks are not asking for anything unreasonable—but it seems clear that cost-benefit analysis is now the order of the day in Ankara.

Before anyone gets mad at me (you know who you are), I am not making an argument that Turkey is drifting East and becoming an Islamic state. Rather, what we are seeing is a natural evolution of Turkish foreign policy in which Ankara’s interests and goals differ from Washington. This is a function of geography, democracy, economics, and the profound changes in international politics 17 years after the end of the Cold War. Turkey is just being Turkey. That’s should be OK in some areas and more problematic in others, but there is precious little Washington or anyone else can do about it.

Discussion of PBS FRONTLINE's "The Crown Prince of Saudi Arabia"