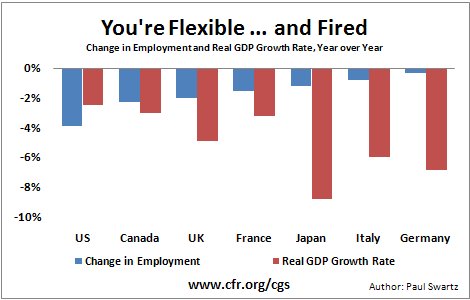 Until the economic crisis, many praised the U.S. model of flexible labor markets for promoting faster growth and low unemployment. But flexibility has a cost: the United States is leading the G7 in terms of job losses over the past year. Output in Germany has fallen more than in the U.S., but Germany has experienced significantly fewer job losses. This perhaps helps explain the Merkel government’s less aggressive approach toward fiscal stimulus.