Helia Ighani is the assistant director of the Council on Foreign Relations’ Center for Preventive Action.

Today President-elect Donald J. Trump announced his nomination for secretary of state, Rex Tillerson. Tillerson’s nomination, like others that Trump has made to fill national security positions, have garnered controversy and could face contentious Senate confirmation hearings. Yet, whoever leads the State Department, Pentagon, and intelligence agencies, foreign policy professionals across the government will be confronted with numerous unanticipated global crises in Trump’s first year in office. To help policymakers plan for these contingencies, the Center for Preventive Action conducts an annual Preventive Priorities Survey (PPS) to highlight the top thirty potential conflicts that could affect U.S. interests in 2017.

The PPS is a snapshot of the concerns that foreign policy experts had in fall 2016, when the survey was conducted. The first phase of the survey, when we “crowdsourced” to solicit potential conflicts, took place before the presidential election in October. From the nearly two thousand responses we received, we consulted with the Council on Foreign Relations’ in-house experts to identify thirty contingencies. Right before the election in November, we sent the PPS to seven thousand foreign policy experts with the chosen contingencies. We asked them to rank each conflict based on its relative likelihood of occurring in 2017 and expected impact on U.S. interests. This year was unique, as the experts who completed the survey submitted their answers both before and after the election. We suspect that, given the unexpected outcome of the election, experts’ perceptions of the likelihood or impact of some contingencies may have changed once the results were finalized. Due to the anonymity of the survey, however, we are unable to measure whether that was the case.

One striking difference between this year’s annual survey and the eight previous ones is that there are less conflicts identified in the Middle East that are deemed “high priority” for U.S. policymakers. For example, Iraq fell from a Tier I to a Tier II priority for 2017. Compared to last year, four conflicts that were Middle East–centric came off the list and nine new contingencies were added, only one of which was in the Middle East.

Additionally, the PPS highlights nine new potential crises that the Trump administration may have to address, including increased political instability in the Philippines, growing instability and authoritarianism in Turkey, and the spread of civil unrest and ethnic violence in Ethiopia. 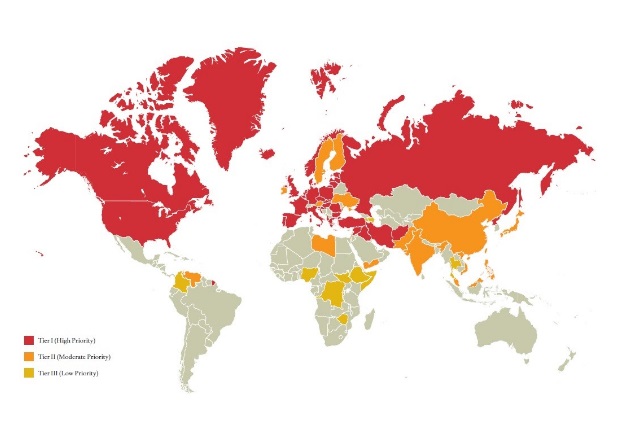 In addition to the list of thirty conflicts included in the PPS, there are ten other contingencies worth noting that did not make the cut:

Download the 2017 report, read previous years’ surveys, and get up to speed on all the ongoing conflicts with our Global Conflict Tracker interactive.

Virtual Roundtable: The Crisis in Nagorno-Karabakh