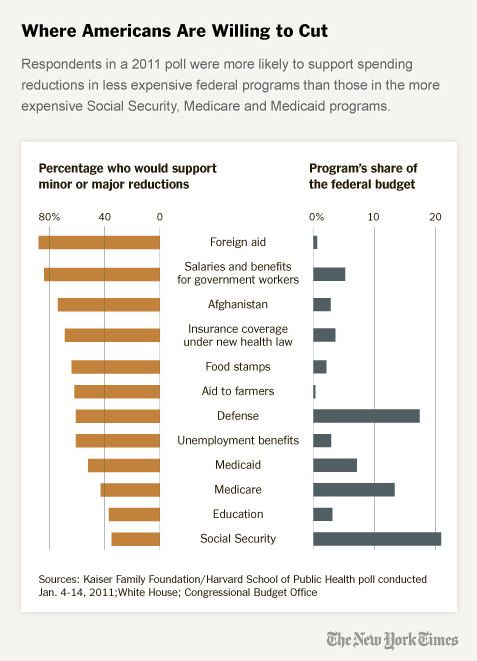 As Annie Lowrey points out in the story that accompanies the chart, if foreign aid were eliminated entirely ($22 billion) and all federal civilian workers took a 10 percent pay cut ($19 billion), the savings would be less than $50 billion. That is compared to an annual federal deficit that has topped $1 trillion in recent years.

As the chart shows, there is one big expense that the public is willing to cut—defense.  That is why the Defense Department, despite its many friends on Capitol Hill, is facing lean times and tough choices ahead.