“Despite Challenges, Africans Are Optimistic about the Future,” Pew Research, November 8, 2013.

The world’s two leading powers, the U.S. and China, enjoy mostly positive images in Africa. Both nations receive higher favorability ratings in Africa than in the other regions included in the 2013 survey. Across the eight African nations, a median of 73% express a positive opinion of the U.S., while 65% hold this view about China. Globally, the U.S. generally gets higher marks than China on this question.

The Roadmap outlines the FAA’s approach to ensuring that widespread UAS use is safe, from the perspective of accommodation, integration, and evolution.  The FAA’s main goal for integration is to establish requirements that UAS operators will have to meet in order to increase access to airspace over the next five to 10 years. The Roadmap discusses items such as new or revised regulations, policies, procedures, guidance material, training and understanding of systems and operations to support routine UAS operations.

The FAA plans to select six UAS test sites to begin work on safely integrating UAS into the airspace.  These congressionally-mandated test sites will conduct critical research into how best to safely integrate UAS systems into the national airspace over the next several years and what certification and navigation requirements will need to be established. 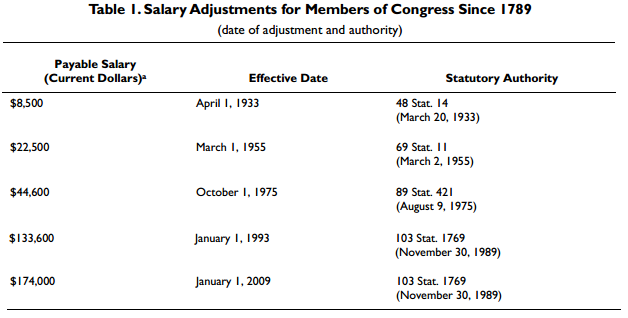 We did this in the 1930s. We turned it off--1929 the Secretary of State, at that time, where we were collecting information to protect America said you know we should do this. This is unseemly. Turned it off. So that led to a whole bunch of misunderstandings that led to World War II that killed millions and millions of people.

One N.S.A. officer on the Lashkar-e-Taiba beat let slip that some of his eavesdropping turned out to be largely pointless, perhaps because of the agency’s chronic shortage of skilled linguists. He “ran some queries” to read intercepted communications of certain Lashkar-e-Taiba members, he wrote in the wiki, but added: “Most of it is in Arabic or Farsi, so I can’t make much of it.”

(3PA: This is the first well documented exmple of local villagers directly sustained fire at a U.S. drone.)

Scott Fitzsimmons, “Wheeled Warriors: Explaining Variations in the Use of Violence by Private Security Companies in Iraq,” Security Studies 22:4, 2013.

This article engages one of the most widely discussed but poorly understood aspects of the Iraq War: the use of violence by private security companies. It explains why, despite sharing several important characteristics…the personnel who worked for Blackwater, the chief protector of US State Department employees in Iraq, killed and seriously injured far more people than their counterparts in DynCorp. The article argues that Blackwater’s personnel killed and seriously injured far more people in Iraq than their DynCorp counterparts because Blackwater maintained a relatively bellicose military culture that placed strong emphasis on norms encouraging its security teams to exercise personal initiative, proactive use of force, and an exclusive approach to security, which together motivated its personnel to use violence quite freely against anyone suspected of posing a threat. If the trends established during the Iraq and Afghan Wars continue, then private security companies will see extensive employment in future conflicts. These findings, consequently, have implications that extend beyond the Iraq War and the particular firms under study. Indeed, they indicate that governments and other future clients should analyze the military cultures of the firms vying for their business and use the results as a basis for deciding which firms to hire and, to a great extent, represent them in unstable conflict zones.

In 1986, 3.5 million new cases were estimated to occur annually. Based on active village-based searches, 892,055 cases were reported to have occurred in 1989. By 2010, as a result of the intensive efforts to eradicate dracunculiasis, the annual incidence was brought down to 1,797 cases, a reduction of more than 99% since 1989…Dracunculiasis is on the verge of eradication. WHO has now certified 187 countries and territories as free of dracunculiasis or as having interrupted transmission or being an area where transmission never occurred.

SEC. 312. UNCLASSIFIED ANNUAL REPORT ON THE USE OF TARGETED LETHAL FORCE OUTSIDE THE UNITED STATES.

(a) REQUIREMENT FOR ANNUAL REPORT.—For each year, the President shall prepare and make public an annual report that sets forth the following:

(1) The total number of combatants killed or injured during the preceding year by the use of targeted lethal force outside the United States by remotely piloted aircraft.

(2) The total number of noncombatant civilians killed or injured during the preceding year by such use of targeted lethal force outside the United States.

(b) TARGETED LETHAL FORCE DEFINED.—In this section, the term ‘‘targeted lethal force’’ means the act of directing lethal force at a particular person or group with the specific intent of killing those persons.

You Might Have Missed: Drones, al-Shabaab in Somalia, and the NSA.