All three mission areas (Stand-Off, Direct Attack, and Penetrator munitions) in the Air-to-Surface munitions inventory are short of inventory objectives. Joint Air-to-Surface Standoff Missile (JASSM) and SDB weapons along with Low Observable platforms are force multipliers in a highly contested environment and their shortage could increase friendly force attrition driving a much higher level of effort enabling the attack of other critical targets. The shortage of penetrator weapons will result in some inability to target adversary critical capabilities and increase risk. Combat operations and support for our coalition partners in Iraq and Syria are reducing the direct attack munitions (JDAM) inventories faster than we are procuring them. These combat operations are expected to continue long term (3+ years). Combat expenditures have been replaced using OCO funding; however replenishment takes over three years. Direct attack munition shortages drive the use of non-preferred munitions with decreased effectiveness and resulting in increased time and Air Force attrition to accomplish COCOM objectives.

(3PA: This is what is called a “tell” in poker. U.S. officials have refused to estimate the length of the airwar against IS, while the Pentagon is expecting it to last over three years.)

Sen. Joe Manchin (D-WV): When we give all this equipment to Yemen, and then we see it falling apart, do we not have any way to retrieve that?

Gen. Lloyd Austin, Commander, U.S. Central Command: Certainly in the case like Yemen, sir, we don’t have the ability to go back in and retrieve it...once we’ve provided the weapons to them, sir.

Manchin: How can you assure me that Syria, whoever we support in Syria, that won’t fall in the wrong hands.

Austin: There’s no way to absolutely assure you that that won’t happen.

(3PA: Craig Whitlock reported that an estimated $500 million in defense weapons and equipment provided to Yemen had either been destroyed or gone missing.)

“Assessing Development Goals: The Good, the Bad and the Hideous,” The Economist, March 28, 2015. 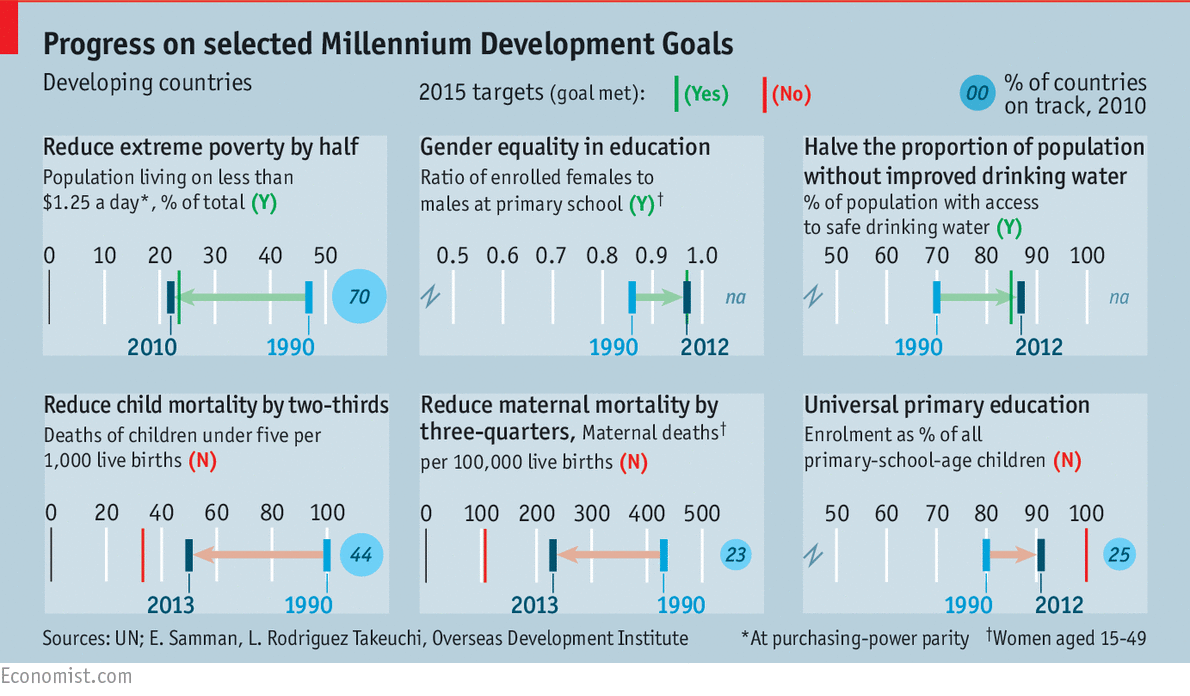 U.S. forces have driven the Taliban from most towns and villages in the strategic Helmand province of Afghanistan, leaving incoming troops with the mission of holding key areas and rebuilding the economy, Marine commanders say. "They’ve taken on the Taliban, the insurgency, right in the heartland and they’ve defeated them," said Marine Maj. Gen. Richard Mills in an interview with USA TODAY.

(3PA: The Taliban’s defeat has been announced by U.S. officials many times.  Most notably, President Bush declared in September 2005: "As a result of the United States military, Taliban no longer is in existence. And the people of Afghanistan are now free.")

You Might Have Missed: Arming Rebels, Oplan Exodus, and Women and Drone Strikes