Council of Councils
Global Perspectives
Biden's Welcome Climate Reboot and the Daunting Diplomacy Ahead
Global Memo by Chatham House, SWP, and RSIS
Apr 28, 2021
Global Memos are briefs by the Council of Councils that gather opinions from global experts on major international developments. 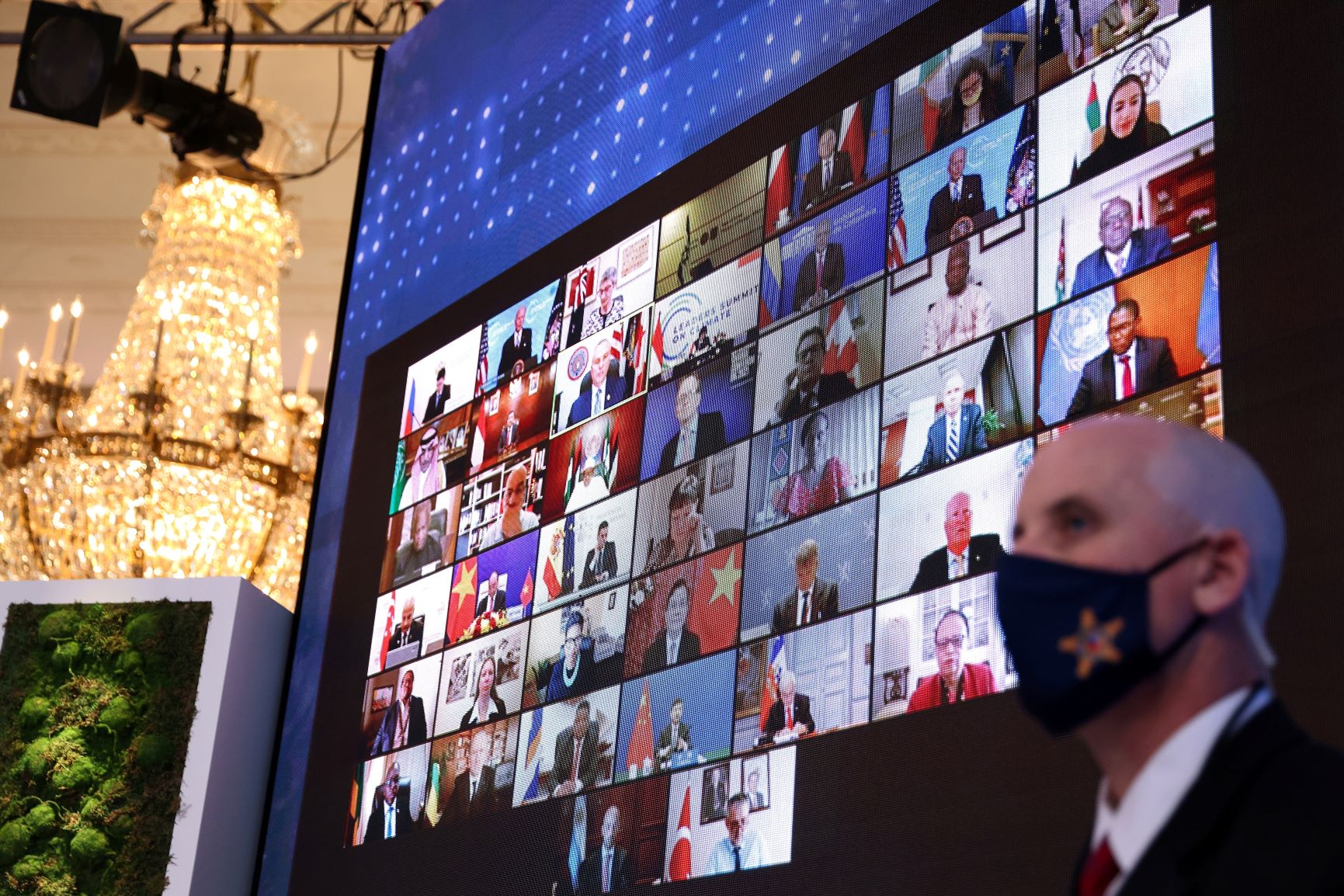 In this Council of Councils global perspectives roundup, experts at leading global think tanks say President Joe Biden’s Leaders Summit on Climate marked a promising step forward. But even with renewed U.S. global leadership there are daunting challenges to locking in meaningful reductions to carbon emissions. 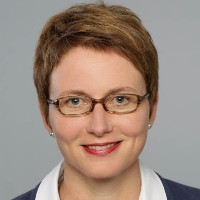 Biden committed to halving U.S. carbon emissions by 2030, based on its 2005 level. This is an enormous goal given that the United States was 20 percent below 2005 emissions levels in 2020, benefiting from a pandemic-driven year-on-year decline of 10 percent.

Yet, big emitters such as Brazil, India, and Russia are not following this example, and it seems that they do not intend to anytime soon. Global emissions-reduction targets still do not add up to the goal of limiting temperature increase to 1.5°C or at least well below 2°C, according to the Climate Action Tracker. The U.S. announcement of a $1.2 billion down payment on the $2 billion due since 2016 for the Green Climate Fund also disappointed developing countries.

The financial discussions on the second day of the summit were vital. Private-sector investors who were waiting for direction from governments to embark on fast and steady decarbonization received clear signals. The United States and Europe announced their intent to promote new markets based on climate protection plans, including carbon regulation and pricing, financial risk assessments, and incentives for more research and development. The European Green Deal—a comprehensive agenda on climate, environment, and green growth—and Biden’s climate plan could spur significant action. Government relief packages to tackle the grave economic consequences of the pandemic could add to this.

Getting China on board remains critical. In particular, stricter limitations on coal are needed. Chinese power plants account for around 50 percent of overall global coal consumption. Beyond China’s borders, the Belt and Road Initiative continues to drive investments in coal and other fossil fuels. While Beijing pledged that the country’s coal consumption would peak in 2025, it offered no specific plans for phasing it out.

The summit has set the right tone for the next high-level meetings: the UN Summit on Biodiversity in May, the Group of Seven (G7) meeting in June, and the Group of Twenty (G20) meeting in October. The UN Climate Change Conference in Glasgow, Scotland, scheduled for November, could benefit if the momentum continues to build. 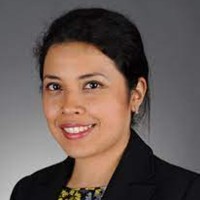 For developing countries, including in Southeast Asia, the U.S. climate agenda unveiled at President Biden’s summit offers a promising path forward, and signals the renewal of U.S. global climate leadership.

The United States, along with Canada and Japan, announced higher emissions-reduction targets to meet by 2030. The U.S. pledge is almost double that made during the Barack Obama administration. Developing Southeast Asian countries view stronger commitments by developed countries as a step in the right direction; they have long demanded developed countries to credibly lead the way on decarbonization.

The U.S. plan—which is subject to congressional approval—to double its financial assistance to developing countries compared to what it disbursed during President Obama’s second term increases the likelihood of those countries getting the financing they need to develop renewable energy projects.

Additionally, Southeast Asian nations will benefit from the inclusion of nature-based solutions, including $1 billion to combat deforestation in tropical and subtropical regions.

However, these encouraging pledges might not be sufficient to reach the Paris Agreement’s goals. By focusing only on the development of clean energy and pursuing a fragmented approach to environmental protection through nature-based solutions (the conservation and restoration of forest, freshwater, marine, and ocean ecosystems to remove carbon dioxide from the atmosphere), the underlying drivers of environmental degradation are left untouched.

Deforestation in developing countries, which emits greenhouse gases and leads to biodiversity loss, is driven largely by consumption patterns in developed countries and by international trade with them. Moreover, products imported by developed countries carry with them the emissions from their production in developing countries. Changes to current consumption and the accompanying model of economic growth should be a cornerstone in the fight against climate change. Such a holistic approach is imperative to achieving true sustainability. 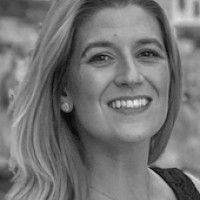 The future of climate action looks brighter following President Biden’s summit. But the major test of American power in climate diplomacy under Biden lies ahead.

As longtime diplomat and current CIA Director William J. Burns argued in the Atlantic last year, the United States has three strategic foreign policy approaches to choose from: retrenchment, restoration, or reinvention. The summit presented an opportunity for Biden to indicate his goal of reinventing the United States’ role in climate diplomacy.

Indeed, the unprecedented nature of the summit, livestreamed online, allowed for real-time commentary from the global public. This open format, however, belied deep fault lines in global affairs that Biden will have to navigate, such as the systemic rollbacks of environmental protections and attacks on environmental activists in Brazil, sharp-tongued disagreements about the role of climate in the U.S.-China relationship, and a global decline in strong democracies capable of enacting a just transition to achieve social inclusion, decent work, and environmental sustainability.

Against this backdrop, the summit marked a step toward a revived role for the United States. All eyes were on the country’s updated nationally determined contribution (NDC), a commitment under the Paris Agreement, to signal the seriousness of the Unites States’ promise of leadership, and it delivered a sufficiently ambitious and achievable target.

Heads of state who participated in the event included those who have demonstrated strong climate leadership, as well as leaders of countries that are particularly vulnerable to climate change. This more inclusive approach indicates a renewed focus on equity. To further develop its role in climate leadership, the United States should work with its European allies to bring the ambitions of outliers, including Australia, India, Russia, and Saudi Arabia, in line with global targets.

As post-summit attention shifts to Biden’s visit to the United Kingdom for the G7 meeting in June, policymakers will weigh the benefits and drawbacks of various climate policy options, including carbon border adjustment mechanisms. These mechanisms would put a price on imports of certain energy-intensive goods—such as chemicals and steel—to prevent companies from transferring production and therefore carbon emissions to countries with less stringent environmental standards. Given these policies’ potential consequences on trade and their implications for developing countries, the Biden administration should urgently build capacity in climate diplomacy by filling critical posts, including nearly ninety ambassadorial vacancies. Achieving a reinventive role for the United States in climate diplomacy will be a demanding endeavor, and the wider diplomatic community will be vital to engaging outliers.