Skip to main content
The Caucus System in the U.S. Presidential Nominating Process

This publication is now archived. Read CFR's latest backgrounder on the U.S. presidential nomination process, updated for the 2020 election.

Political party caucuses, once the dominant system for choosing candidates in the presidential nominating process, have been less influential than primary elections for decades. But 2008 could be different. Caucuses are open to any registered voter in a party, although experts say the process is dominated by party activists. Other than the Iowa caucus, the first race in the nominating season, caucuses have usually not been paid the same attention as primaries. Still, nineteen states hold caucuses, either for one party or for both. In all, more than 10 percent of the Democratic delegates and nearly 15 percent of the Republican delegates are at stake in caucus states. Such states could affect the outcome of the close race between Democratic candidates Sen. Barack Obama (D-IL) and Sen. Hillary Clinton (D-NY). Delegates pledged through the caucuses to candidates who have left the race, like Democrat John Edwards, could realign with another campaign at the county or state conventions, where delegates to the national conventions are selected. If Clinton and Obama remain close after the March 4 primaries in Ohio and Texas, candidates will likely try to take advantage of the more flexible nature of caucus delegate counts to gain delegates.

Caucuses are party meetings by precinct, district, or county, where registered party members gather to discuss the candidates and to select delegates to the next round of party conventions. Depending on the party rules of a particular state, delegates selected at a caucus might go on to a county or state convention before attending the national convention in the summer. Wayne Steger, an associate professor of political science at DePaul University, says this process of gathering and talking distinguishes caucuses from primaries, although they serve the same function.

Any voter registered with a party can participate in a caucus. Fewer eligible voters take part in a caucus because it is a more time-consuming process, says Robert Spitzer, political science professor at the State University of New York at Cortland. With some major exceptions, like Iowa, turnout in caucus states probably remains “well under 10 percent of the registered voters,” says Abramowitz. As a result, party leaders have more influence in a caucus setting. Those who show up to caucus are “more likely to be quite active in the political party in other ways,” he says. Caucus-goers also tend to be “people who are more educated, affluent, and stronger partisans,” says Alan I. Abramowitz, political science professor at Emory University.

What happens at a caucus?

Upon arriving at a caucus, typically in school gymnasiums, town halls, or other public venues, participants group themselves according to the candidate they support. Undecided caucus-goers create their own group. Decided participants then speak on behalf of their candidate, attempting to convince other attendees to join their group. Caucus participants also “have the opportunity to change, if they want to switch camps before the final count is done,” says Spitzer. Whichever group of supporters literally has the most people will receive the largest number of delegate votes, which “are then tabulated from around the state,” says Spitzer.

Ultimately, party officials determine how many delegates from each preliminary caucus each candidate can send to the next stage of the nomination process. In some states, like Iowa, the delegates chosen at the caucuses then attend a county convention, where delegates to the state convention are chosen. At the state convention, delegates to the national convention are chosen. In the end, the number of delegates each candidate receives from a state “usually pretty closely reflects the results of the first caucuses,” says Abramowitz. Still, those results can be subject to significant changes as the field of candidates narrows, or if delegates fail to attend the next round of caucuses or conventions. 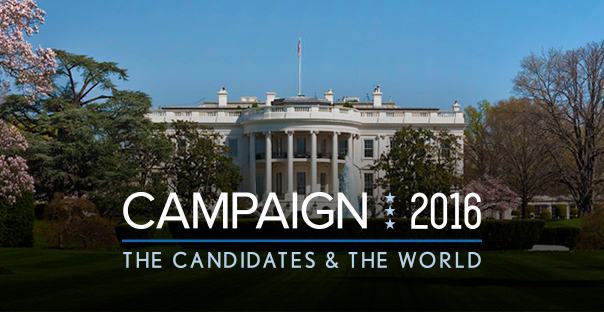 Caucuses used to be “pretty much limited to people who were members of party organizations, insiders who were usually the only ones who even knew about them.” — Alan Abramowitz, Emory University

Unlike a primary election, caucusing can last several hours.“You come home from work at the end of the day, you have dinner, and then you have to go to a meeting place in your local community,” says Spitzer. Because caucusing takes so much longer than voting in a primary, “the percentage of people who participate in a caucus is far lower than the percent who participate in a primary,” Spitzer says. For example, neighboring states Maine and New Hampshire, with comparable numbers of registered Democrats, had much different turnouts this year. Nearly 44,000 people participated in Maine’s Democratic caucus meetings, but about 288,000 voters showed up to vote in New Hampshire’s Democratic primaries.

What is the history of the caucus system?

Caucuses have had a role in the nominating process going back to the early nineteeth century. In the early days, however, party caucuses were meetings of party leaders closed to the general public. In the 1820s, then-presidential candidate Andrew Jackson “and other reformers railed against what was called the ‘King Caucus,’ in which a caucus of members of Congress essentially chose the political party nominees,” says Spitzer. Even after the advent of the modern political convention in the 1830s, caucuses used to be “pretty much limited to people who were members of party organizations, insiders who were usually the only ones who even knew about them,” says Abramowitz.

The majority of states chose their delegates in caucuses prior to 1972. After the 1968 election, in which Republican Richard Nixon beat Democratic nominee Hubert Humphrey for the presidency, the Democratic Party created the McGovern-Fraser Commission, which recommended reforms to make the process “more open to rank-and-file participation,” says Abramowitz. To comply with those recommendations, the Democratic Party in many states switched from a caucus to a primary election. The Republican Party in many states followed suit when changes were made in state legislatures around the country, says DePaul’s Steger, and primaries became the dominant means of selecting delegates.

Why is the Iowa caucus important?

The Iowa caucus first received national attention in 1976, when Jimmy Carter “decided he would work very hard to win the Iowa caucus,” says Spitzer. Carter won with nearly 30 percent of the caucus support (PDF). Carter’s campaign “didn’t have the visibility or the money to compete in the big state primaries, initially,” says Abramowitz. Such primaries are known for expensive media campaigns aimed at a larger pool of possible voters. Carter’s strategy was to start by targeting Iowa, hoping to build on that in New Hampshire. As a result of his win there, says Spitzer, “Carter was able to propel himself to the front of the Democratic nomination process.”

“People who really care are more likely to participate, and grassroots activity gets those people going.” -- Paul S. Herrnson, University of Maryland

Though winning the Iowa caucus is not necessarily correlated with winning the nomination, it can give a campaign an important boost or a serious setback. In the 2008 campaign, Republican Mike Huckabee received relatively little attention in the national media before his Iowa victory. In Iowa, Huckabee received “a lot of support from some of the evangelical churches and from home-school networks,” says Abramowitz. “Those groups are very well organized, and Huckabee was able to tap into that and use that organizational base and generate a big turnout at these caucuses.” Had Iowa’s race been a primary, in which turnout could have been expected to be much larger than a caucus, Huckabee’s organizational resources may not have been as effective.

Why do some states use a mixed caucus system?

Each state has its own system of nominating candidates based on its political traditions. In Arizona, for example, the Republican Party holds a primary election followed by district-level caucuses to select delegates to the Republican National Convention. Perhaps the most complicated contest will be in Texas, where 30 percent of 193 Democratic pledged delegates are allocated through a caucus, and the other 70 percent are distributed through a primary election. Kenneth Molberg of the Texas State Democratic Executive Committee told NPR the reason for this format was to give voters input in the national delegate selection process by having a primary but also to “preserve the role of the activist” through holding a caucus.

What impact have caucus states had in the 2008 campaign?

Beyond Iowa, turnout at caucuses nationwide has been higher than in years past, particularly on the Democratic side. Because the Democratic race has been exceptionally close, caucuses nationwide have become more important this year, says Spitzer. In addition to his wins in Iowa and Hawaii, many of Obama’s February victories, including Maine, Nebraska, and Washington, have been in caucus states. This may be due to the presence of his “strong, emotionally driven supporters” in the town hall meetings, says Steger. “A more persuasive energy in the room advantages Obama” in caucuses, he says. Like Huckabee’s Iowa campaign, the Obama campaign benefited from grassroots organizational efforts in caucus states (LAT).

Participants in caucuses are usually activists, says Paul S. Herrnson, director of the Center for American Politics and Citizenship at the University of Maryland. In a caucus, “people who really care are more likely to participate, and grassroots activity gets those people going,” says Herrnson. In a primary, he says, “you reach out to people who are interested but don’t have as much intensity, and those people are more easily reached through the mass media and through targeted phone calls.” Party activists are more likely to be persuaded by a direct contact from another party activist, as opposed to just seeing an advertisement on TV,” says Spitzer. Experts say part of Clinton’s campaign strategy was to bypass some of the later state caucuses, including Maine and Idaho, among others. Clinton campaign adviser Harold Ickes in February 2008 denied that Clinton ignored caucus states. Instead, he said, her campaign chose to strategically allocate resources elsewhere, but he conceded Obama may have gained momentum from his caucus wins (McClatchy). Caucuses have been less influential in the Republican race, largely because Sen. John McCain (R-AZ) was able to build a large lead in delegates won in early primary states.