In the wake of the September 11 attacks, Congress passed sweeping legislation to bolster U.S. counterterrorism efforts. Some of the most controversial measures, including the 2001 USA PATRIOT Act, significantly enhanced the federal government’s ability to collect and analyze private information related to U.S. citizens. Proponents argue that the broader surveillance authorities are required to uncover and neutralize terrorism plots, while critics say the expanded powers infringe on civil liberties.

In 2005, the Bush administration came under fire from Democrats and activist groups after press reports disclosed the National Security Agency’s warrantless wiretapping program. In 2013, the Obama administration similarly attracted criticism from watchdog groups upon leaks related to its far-reaching domestic surveillance activities under the NSA. The episode has revived debate over privacy and national security and raised calls for reform. 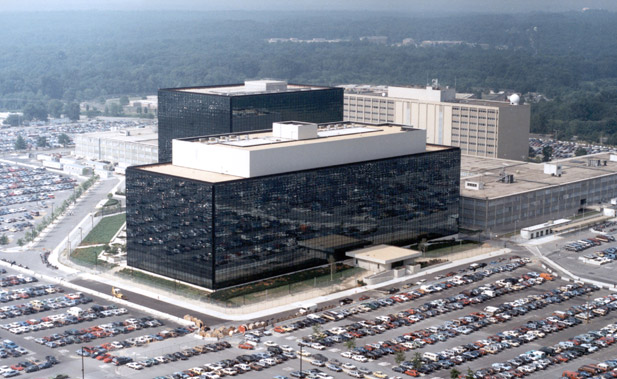 What is the domestic surveillance controversy under Obama?

Two NSA surveillance programs were exposed in press reports in June 2013. First, a Guardian report disclosed a classified Foreign Intelligence Surveillance Court (FISC) order instructing Verizon, one of the largest U.S. telecommunications firms, to hand over phone records of millions of Americans to the NSA. Another secret program, code-named PRISM, accessed troves of communication data—audio/video chats, emails, photos, and other media—from several U.S. technology companies, according to the Washington Post. Subsequent leaks revealed details on additional programs that gave the NSA extensive electronic surveillance tools, both domestic and international, allowing the government to track and tap into conversations of suspected terrorists, civilians, and even friendly foreign heads of state.

Amid criticism from civil rights groups, the Obama administration initially defended the surveillance program, saying it is legal, limited, and effective in preventing terrorist attacks. Director of National Intelligence James Clapper said the program does not monitor phone calls, but acquires telephony metadata to be queried only when there is a "reasonable suspicion" of links to a foreign terrorist organization.

Experts say the White House is likely relying on Section 215 of the Patriot Act, a provision that says government can mandate the turnover of "any tangible things" from any entity as long as the items are for an investigation to defend against international terrorism or spying. In congressional testimony, NSA chief Gen. Keith Alexander credited his agency’s surveillance with helping prevent "dozens" of terrorist attacks, and said he welcomed a debate on the legality of the programs.

In August, President Obama created a task force of intelligence and legal experts to review NSA operations and recommend potential reforms. The inquiry is reportedly part of a comprehensive White House review of signals intelligence.

What was the domestic surveillance controversy under Bush?

After 9/11, the Bush administration opted not to seek approval from the FISC before intercepting "international communications into and out of the United States of persons linked to al-Qaeda (PDF) or related terrorist organizations." The special secret court, set up in 1978 following previous administrations’ domestic spying abuses, was designed to act as a neutral overseer in granting government agencies surveillance authorization.

After the NSA program was revealed by the New York Times in late 2005, former attorney general Alberto R. Gonzales argued (PDF) that President Bush had the legal authority under the constitution and congressional statute to conduct warrantless surveillance on U.S. persons "reasonably believed to be linked to al-Qaeda." The 2001 Authorization for Use of Military Force (AUMF), without specifically mentioning wiretapping, grants the president broad authority to use all necessary force "against those nations, organizations, or persons he determines planned, authorized, committed, or aided the [9/11] terrorist attacks." This includes, administration officials say, the powers to secretly gather domestic intelligence on al-Qaeda and associated groups.

The Bush administration maintained that the Foreign Intelligence Surveillance Act (FISA) was an outdated law-enforcement mechanism that was too time-consuming given the highly fluid, modern threat environment. Administration officials portrayed the NSA program as an "early warning system" (PDF) with "a military nature that requires speed and agility." Moreover, the White House stressed that the program was one not of domestic surveillance but of monitoring terrorists abroad, and publicly referred to the operation as the "Terrorist Surveillance Program." Opponents of the program referred to it as "domestic spying."

Under congressional pressure, Gonzales announced in January 2007 plans to disband the warrantless surveillance program and cede oversight to FISC, but questions about the legality of the program lingered in Congress and Gonzales resigned months later.

But Washington’s vow to seek FISA approval for domestic surveillance was short-lived. In July 2007--weeks before Gonzales stepped down--intelligence officials pressed lawmakers for emergency legislation to broaden their wiretapping authority following a ruling by the court overseeing FISA that impacted the government’s ability to intercept foreign communications passing through telecommunications "switches" on U.S. soil.

In August, President Bush signed the Protect America Act of 2007, which gave the attorney general and the director of national intelligence temporary power to approve international surveillance, rather than the special intelligence court. It also said warrants are unnecessary for surveillance of a person "reasonably believed" to be located overseas. This six-month stopgap measure expired in early 2008, but the FISA Amendment Act passed just months later contained similar provisions. President Obama reauthorized this legislation for five more years in December 2012.

Edward Snowden, the ex-CIA and former NSA contractor who leaked news of the two NSA programs, cited concerns over civil liberties violations as his primary motive. "The NSA has built an infrastructure that allows it to intercept almost everything. With this capability, the vast majority of human communications are automatically ingested without targeting. If I wanted to see your emails or your wife’s phone, all I have to do is use intercepts. I can get your emails, passwords, phone records, credit cards," he said in an interview with the Guardian.

However, DNI Director Clapper publicly denied initial media reports (PDF) that the PRISM surveillance program was "an undisclosed collection or data mining program" that unilaterally taps into servers of U.S. telecoms. Rather, he stated the NSA program was limited and had been "widely known and publicly discussed since its inception in 2008." Specifically, Clapper said the program operated under Section 702 of FISA that permits the targeting of non-U.S. persons abroad without individualized court orders. As noted above, President Obama has reauthorized this legislation until 2017.

Many U.S. lawmakers have pressed for Snowden’s prosecution, and the Obama administration referred his case to the Justice Department. Snowden fled to Hong Kong in May and was granted temporary asylum in Russia in August after spending weeks at the Moscow airport.

Both Democratic and Republican lawmakers have called for a reexamination of the government’s broad surveillance powers in the wake of disclosures regarding NSA activities. Top-ranking Senators Dianne Feinstein (D-CA) and John McCain (R-AZ) supported requests for congressional hearings on NSA surveillance, despite their support for the controversial programs. Sen. Ron Wyden (D-OR), an outspoken critic of NSA’s broad authorities, has called on the White House to detail the extent to which Americans were monitored. In the past, the NSA said it lacked the technical ability to quantify this data.

Critics allege that even if the programs are operating within the letter of law, as the Obama administration says, they violate the law’s intent and the values of democratic society. Some civil liberties activists have appealed for a thorough review of several provisions in the Patriot Act and FISA Amendments Act that provide controversial surveillance authorities.

Civil libertarians question whether government surveillance programs violate the Fourth Amendment to the U.S. Constitution, which states: "The right of the people to be secure in their persons, houses, papers, and effects, against unreasonable searches and seizures, shall not be violated, and no Warrants shall issue, but upon probable cause, supported by Oath or affirmation, and particularly describing the place to be searched, and the persons or things to be seized."

In December, Judge Richard J. Leon of the Federal District Court for the District of Columbia ruled that the NSA’s bulk gathering of U.S. telephone metadata likely violates the Constitution. "Surely, such a program infringes on ’that degree of privacy’ that the founders enshrined in the Fourth Amendment," he wrote. The judge ordered the government to stop collecting data on calls of the two plaintiffs in the case, but stayed the injunction to allow the government a chance to appeal. Other legal challenges are in early phases, including suits by the American Civil Liberties Union and the Electronic Frontier Foundation.

The Obama administration’s task force also released its findings in December, recommending dozens of changes to current surveillance practice. Significant proposed reforms include: ending the government’s indiscrimate collection of U.S. telephone metadata and requiring authorities to obtain a court order to query this information, held in the private sector; placing new limits on the monitoring of foreign leaders and ordinary non-Americans; and supporting new encryption standards and technologies. But legal analysts say that while the recommendations, if implemented, would require greater executive, congressional, and judicial review of surveillance activities, they would end few programs.

Meanwhile, in Congress, two bills that would forbid the NSA from collecting phone data on Americans not suspected of a crime are still in the early legislative process. The USA Freedom Act, which would reform the Patriot Act to address privacy concerns, has enough support to pass, but lawmakers are uncertain when it will be ready for a vote. Still, many Democrats and Republicans say the NSA programs are essential counterterrorism tools that have proved effective in preventing potential attacks.

This report from the nonpartisan Congressional Research Service discusses the history of constitutional interpretations and legislative responses relevant to the collection of private information for criminal investigation, foreign intelligence gathering, and national security purposes.

There is a significant opportunity to build a more comprehensive framework embedded in statute to address the civil liberties challenges posed by the use of commercial data for counterterrorism purposes, says this CFR working paper by Daniel B. Prieto.

This report from the nonpartisan Congressional Research Service examines the December 2012 reauthorization of Title VII of FISA, which created new procedures for targeting non-U.S. persons and U.S. persons for surveillance.

This interactive guide by the Guardian explains the most important findings from the Snowden leaks.

Each Friday this summer, we suggest foreign-policy-themed movies worth watching. This week: tales of espionage and conspiracy.

Report by Paul B. Stares December 16, 2019 Center for Preventive Action

The nuclear arms race was perhaps the most alarming feature of the Cold War competition between the United States and Soviet Union. Over the decades, the two sides signed various arms control agreements as a means to manage their rivalry and limit the risk of nuclear war. However, deep fissures have reemerged in the U.S.-Russia relationship in recent years, raising once again the specter of a nuclear arms race.