And then there was one. Despite all the naysayers, Donald Trump emerged from the field of seventeen Republican candidates to become the presumptive GOP nominee. He’s made it clear that he will put what he sees as the epic, bipartisan failings of U.S. foreign policy at the center of his general election campaign. His alternative will be nationalist, unilateralist, and mercantilist. This isn’t the foreign policy message that Republicans traditionally run on.

As I wrote last week, many Americans will be receptive to what Trump has to say. A Pew Research Center poll released yesterday makes clear why. In the words of the report summarizing the poll results, Americans are “uncertain [and] divided over America’s place in the world.”

The sentiment that Trump is trying to tap can be seen in what Pew found in response to asking, “Does the United States do too much, too little, or the right amount in helping solve the world’s problems?” 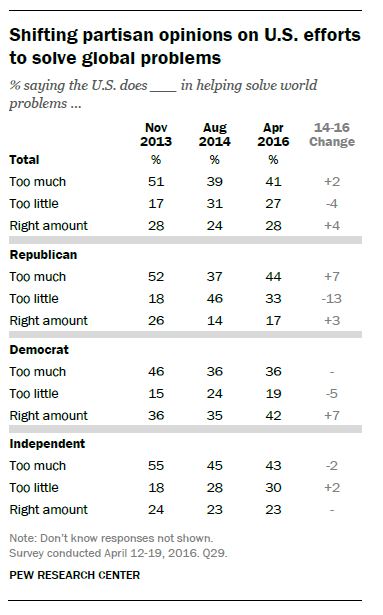 Proponents of the activist foreign policy Trump is denouncing can take heart that the percentage of Americans saying that the United States does too much has fallen ten points since 2013. The bad news, though, is that this trend data makes clear that a majority of Americans are open to the argument Trump is making. And he will use his formidable media skills to make that case over and over again.

None of this guarantees that foreign policy will end up helping Trump come November. Plenty of Republican foreign policy veterans will be challenging his do-less claims, possibly erasing any advantage he might gain from carrying the GOP standard. Likewise, events and smart counter-messaging by the Clinton campaign—especially if they remind voters why the United States pursues an activist foreign policy—could also blunt Trump’s message. However all that turns out, the next six months should give foreign policy experts a lot to write and talk about.

Trump told reporters that he “has more foreign policy experience than virtually anyone in the race.” He also described his first 100 days in office and what he would look for in an ambassador to the United Nations. And he voiced his support for a “Brexit,” saying that he thinks “they’re [the British] better off without it [the EU].” He added, however, that he wants Britons “to make their own decision.” Trump will be getting help from Senator Bob Corker (R-TN), chairman of the Senate Foreign Relations Committee, who announced that he will be advising the Trump campaign.

John Podesta, chair of the Hillary Clinton campaign, released a statement saying that Trump "is not prepared" to be president. The Clinton campaign also published a list of Republicans who have stated they will not support Trump and a list of controversial individuals who have endorsed him. Fresh off a victory in Indiana, Bernie Sanders questioned the legality of Clinton’s fundraising and reiterated that he would not drop out of the primary race.

David Ignatius argued that it will be critical for Clinton to successfully counter Trump’s “America First” rhetoric. David Sanger and Jim Yardley looked at how America’s allies are responding to Trump’s foreign policy platform. Eric Garcia did something similar for the international news media. Alex Ward assessed Trump’s and Sanders’s foreign policy platforms. Lindsay Graham told CBS that Trump’s foreign policy will lead to another 9/11. Ben Smith evaluated Trump’s claim that he always opposed the Iraq War. Former Mexican President Vincente Fox apologized to Trump via the media for swearing over his proposal to build a wall and invited the presumptive GOP nominee to Mexico. Numerous Republican foreign policy experts reiterated that they would not support Trump. Molly O’Toole explored how Clinton’s foreign policy experience gives her freedom to choose a running mate. 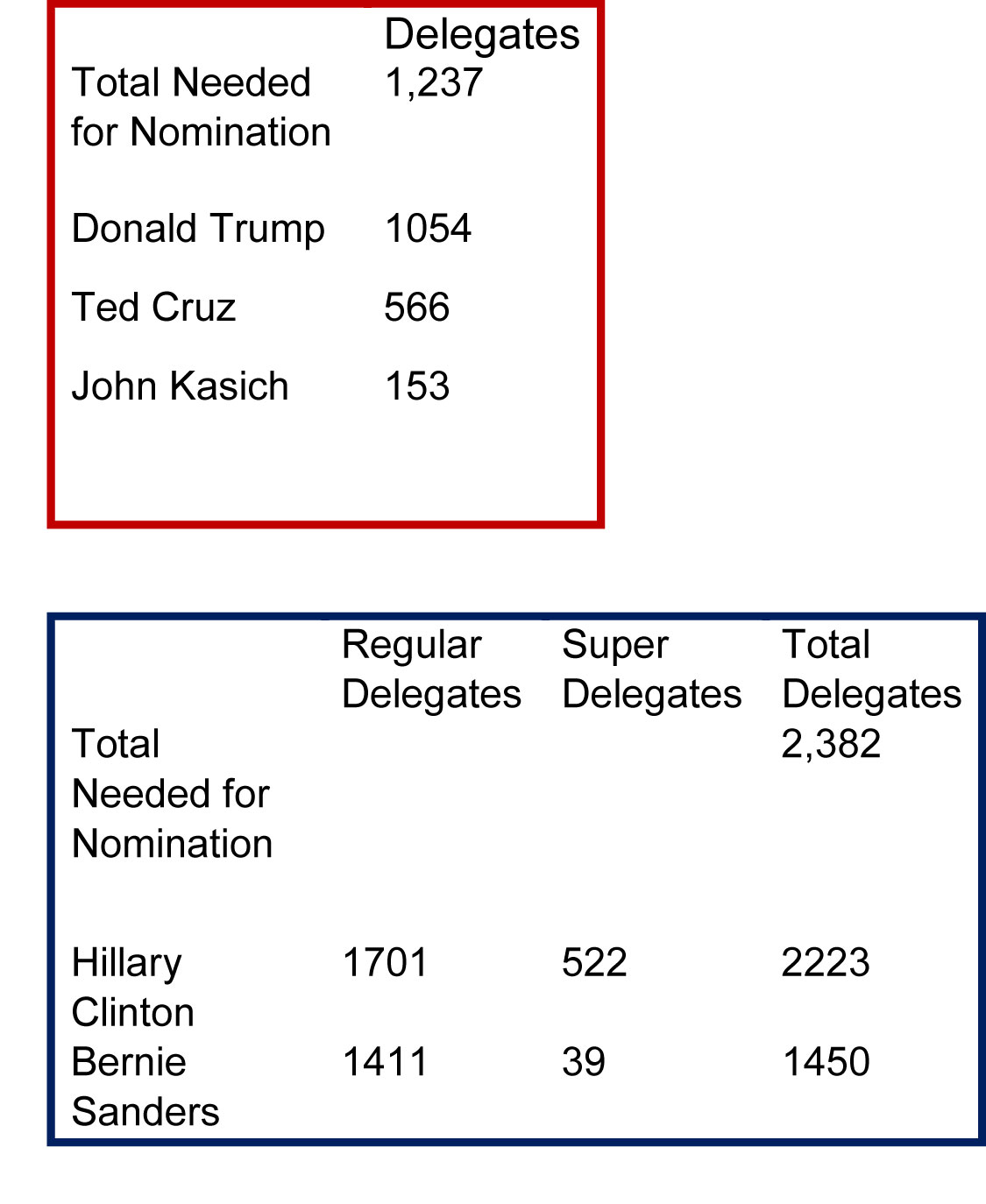 Election Day is six months and two days away.