The failure of ailing Venezuelan president Hugo Chavez to return from Cuba, where he is recovering from another round of surgery, to Caracas for his inauguration underscores the uncertainty of the South American country’s future as a critical oil supplier. Chavez, first elected in 1998 and inaugurated in 1999, rode ultra-low oil prices to power, promising a tougher stance against the majors and a more hawkish voice within OPEC. So how’s the country’s oil industry faring today versus when he entered office?

Venezuela was the third-largest producer in OPEC when Chavez took office, its roughly 3.5 million barrels per day (mb/d) surpassed only by Saudi Arabia and Iran (see Figure 1). Output was on the upswing, +1 mb/d since the start of the decade. But the country’s production has trended steadily downward under Chavez—now 30 percent lower than it was in 1998—falling victim to the mismanagement of PDVSA (Venezuela’s national oil company) to finance other state projects, hostility toward foreign investment, and a mature production base where decline rates at existing fields are as high as 25 percent, according to the U.S. Energy Information Administration (EIA). 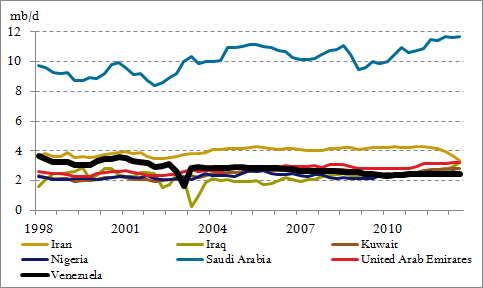 The woeful production record under Chavez isn’t for lack of oil in the ground. Venezuela sits on more proved reserves, according to BP’s estimate, than any other, at 297 billion barrels (Figure 2). Saudi Arabia comes closest, at 265 billion barrels, though the kingdom is also less heavily explored and has a generally higher-quality resource base. Of Venezuela’s proved reserves, most (some 220 billion barrels, per BP) are extra-heavy crude and bitumen in the Orinoco Belt, but industry estimates suggest that even this low-quality oil can be produced at as low as one-third the cost of its Canadian cousin, due to favorable fluid and reservoir conditions that make for better per-well production rates. 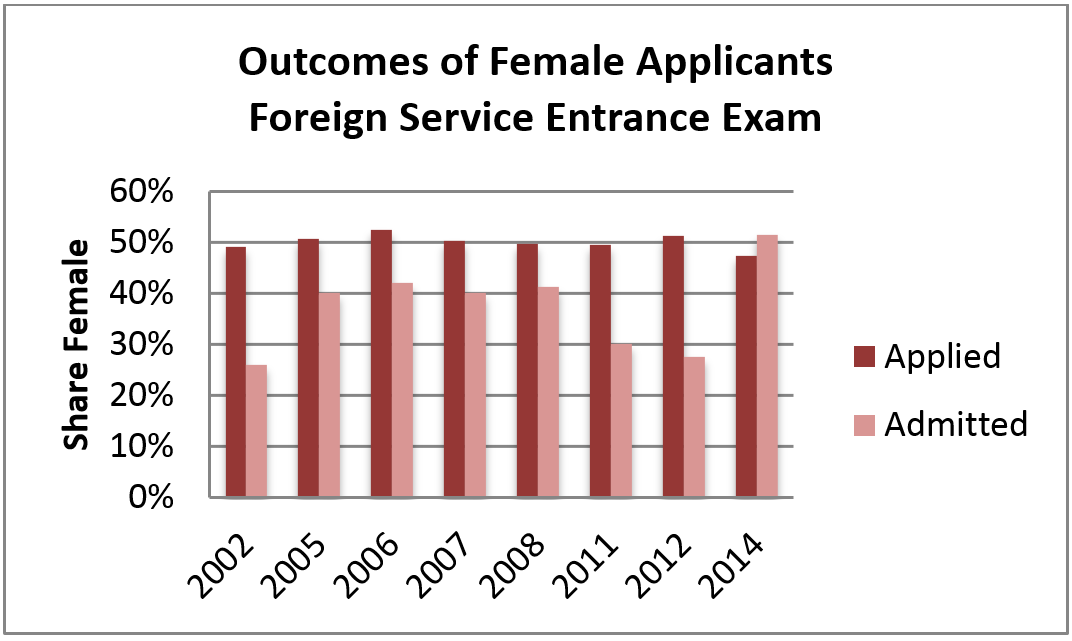 While production has fallen under Chavez, consumption has risen (Figure 3)—up from about 490 thousand barrels per day (kb/d) in 1998 to 850 kb/d today—biting into net exports, which poses a problem for the country’s future fiscal health. Crude exports have collapsed since Chavez took power, down nearly 40 percent to roughly 1.5 mb/d (Figure 4). Refined product export patterns are looking increasingly shaky as well. Last September saw a sharp jump in U.S. gasoline and other refined product exports to the South American country, some 196 kb/d, and some industry sources estimate a reliance on net product imports as high as 300 kb/d. The proximate causes of the September jump were accidents at the Amuay and El Palito refineries, which knocked out a substantial portion of the country’s refining capacity. But the more troublesome underlying factor is the slow deterioration of the country’s refining complex and oil-specific technical prowess, causing a string of outages and unplanned stoppages in recent years. 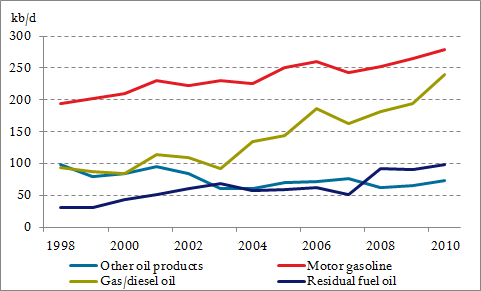 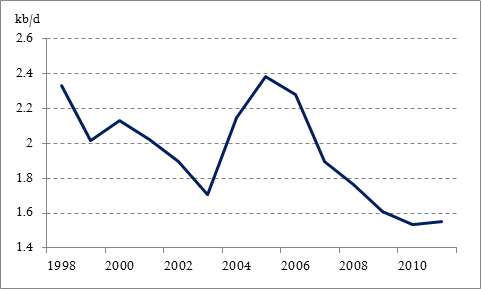 Part of what underpins the climb in Venezuela’s consumption is deeply subsidized oil; drivers there enjoy the cheapest gasoline in the world (Figure 5).

Figure 5. Price per Gallon of Premium Gasoline Ranked by Country

Whoever takes over for Chavez will face unenviable challenges: righting an industry that accounts for 95 percent of the country’s export earnings and 40 percent of government revenue after years of mismanagement; restoring the once-venerable PDVSA, whose debt as a percentage of GDP rose from 7 percent to 11 percent between 2000 and 2012; taming inflation running at 26 percent; and dealing with a host of other economic woes. It’s a full inbox.