One other thing to remember: China’s export prices are falling. For lots of reasons. But it is clear that Chinese exporters have not held their dollar prices constant and pocketed the gains from a weaker currency. Export prices, in yuan terms, have been running about 5 percent below their 2015 levels.

The information that allows the export price index for June to be inferred isn’t yet out, but if you project May prices into June, it is possible to estimate the June rise in export volumes. I get a modestly positive number. And looking at the year-over-year changes in the trailing 3 month averages (all monthly trade data has a lot of noise, so I always try to smooth a bit), China’s exports look to be growing significantly faster than say U.S. exports. 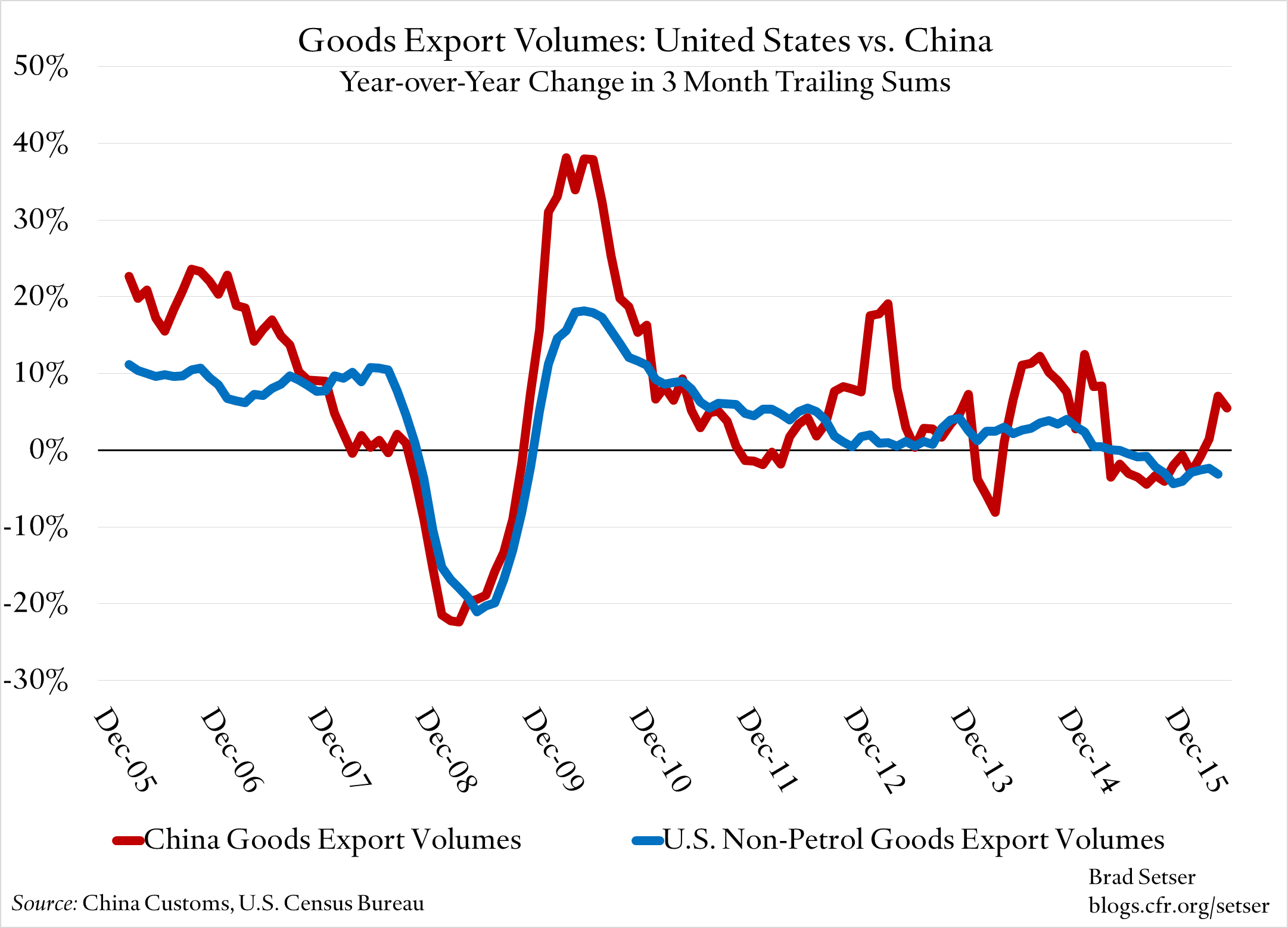 As one might expect based on exchange rate moves.

(As an aside, the jump in export volumes in early 2013 is fake; it reflects over-invoicing, and the fall in early 2014 is equally fake, as the over-invoicing falls out of the data. The strong 2014 and weak 2015 are in my view real.)

And if you like your data pure, without any adjustments, the same basic story shows up in the data showing the year-on-year changes in monthly volumes that China directly reports. The last data point in this series is from May, and I used a 3 month trailing average. 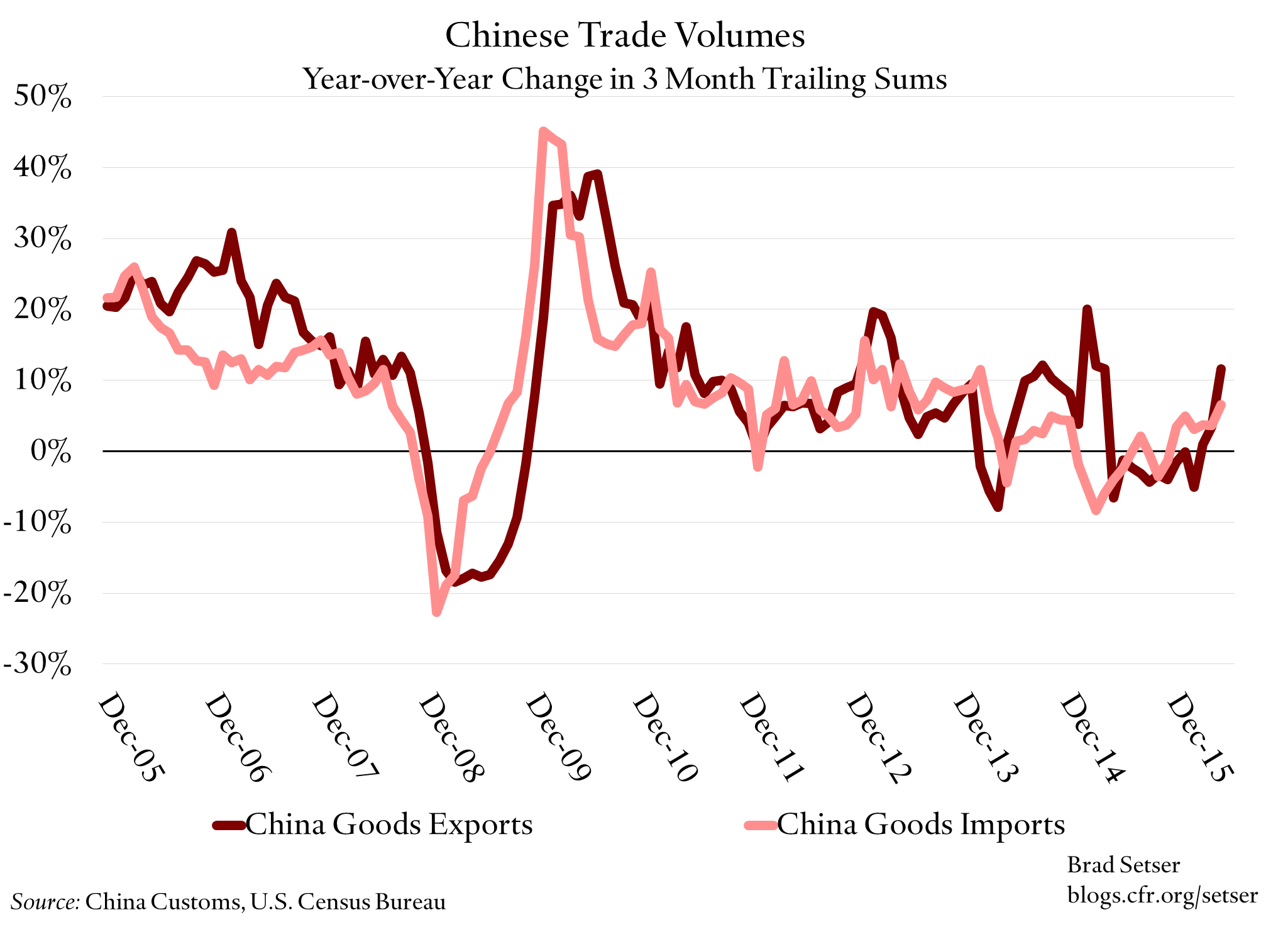 All in all, the q2 2016 Chinese trade data actually points to a pick-up in both export and import volumes. Admittedly, off a weak base in 2015. But the persistence of year-over-year fall in headline dollar values is in some sense deceptive, as it doesn’t reflect the underlying trend in the "real" trade data. It certainly has nothing to do with Brexit, given the intrinsic lags in the process of ordering goods and shipping them around the world.