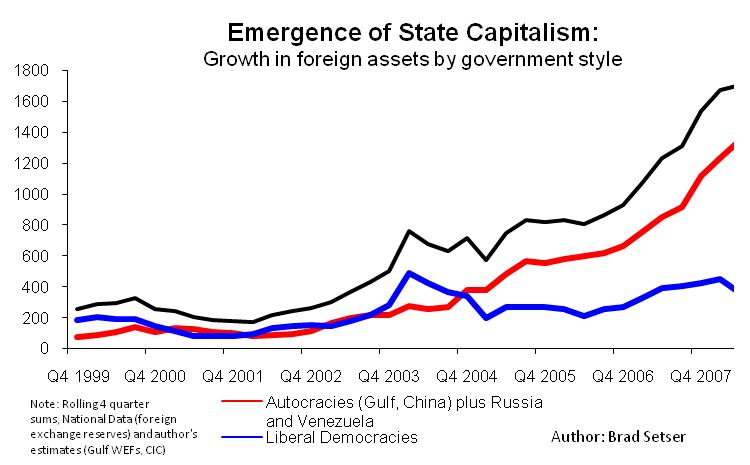 After years of celebrating the triumph of market capitalism, many of its advocates today are troubled by the emergence of 'state capitalism', particularly in the form of sovereign wealth funds. How should liberal capitalism respond when autocracy is the highest bidder? Is autocratic ownership dangerous to economic robustness?