Skip to main content
Landmarks in the Global Movement for Women’s Rights: A Timeline

On January 21, 2017, the Women’s March on Washington, DC, drew a record-breaking public display of support for women’s rights and civil rights in a mass demonstration, estimated to be the largest one-day protest in U.S. history. With over 600 sister marches held in every major city and dozens of small towns across the United States—as well as at sites on every continent around the world—crowd assessments from police forces and organizers tallied up millions of participants globally. Participants from Boise to Nashville—and from Kolkata to Santiago—flooded the streets and airwaves, with an unprecedented 11.5 million tweets around the world to date using the hashtag #womensmarch.

The Women’s March joins other landmark historical events in the global movement for gender equality. And although the scale of the march signifies that the rights of women and girls have risen on the world stage, the persistent inequalities highlighted by marchers underscore the significant unfinished business that remains.

Here is a list of significant events in the global movement for women’s rights:

Mary Wollstonecraft’s A Vindication of the Rights of Woman

The English writer and philosopher Mary Wollstonecraft penned a widely-distributed treatise entitled A Vindication of the Rights of Woman, in which she argues that women are not naturally inferior to men, but rather lack education. The essay suggests that women should have equal access to co-educational schooling and that women’s participation in society is essential to any nation’s wellbeing. 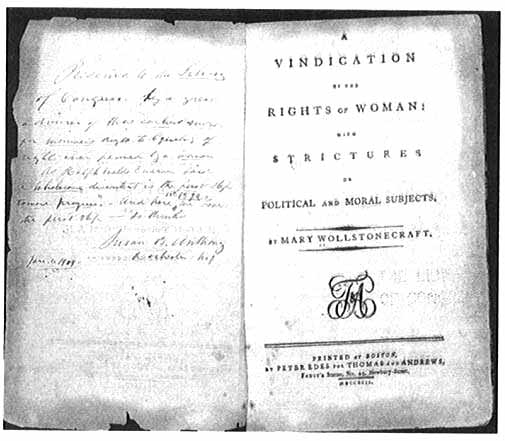 Courtesy of the Library of Congress

A group of abolitionist activists, led by Elizabeth Cady Stanton and Lucretia Mott, gathered in Seneca Falls, New York, to press for women’s rights. “We hold these truths to be self-evident,” proclaimed the Declaration of Sentiments the delegates produced, “that all men and women are created equal, that they are endowed by their creator with certain inalienable rights, that among these are life, liberty, and the pursuit of happiness.”

After the attendees of a 1910 meeting in Copenhagen proposed that one day each year be set aside to honor the women’s rights movement and build support for universal suffrage, International Women’s Day was marked for the first time in Austria, Denmark, Germany, and Switzerland in March of 1911. More than one million women and men attended rallies in support of women’s right to vote, hold public office, access vocational training, and enter the labor force and participate without discrimination. 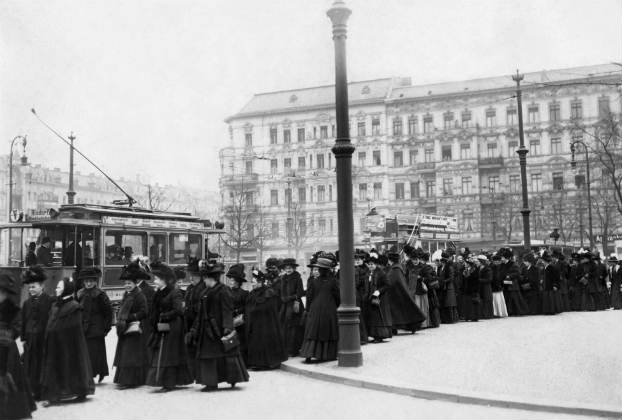 In the spring of 1915, over one thousand women delegates from the U.S. and eleven European nations gathered in The Hague for the first International Congress of Women, which would later become known as the Women’s International League for Peace and Freedom.

In 1948, the newly-formed United Nations (UN) adopted the Universal Declaration of Human Rights, the first international document to assert “the dignity and worth of the human person and [the] equal rights of men and women.” Only decades later, at the 1995 Beijing Fourth World Conference on Women, would women’s rights become widely recognized as fundamental human rights. 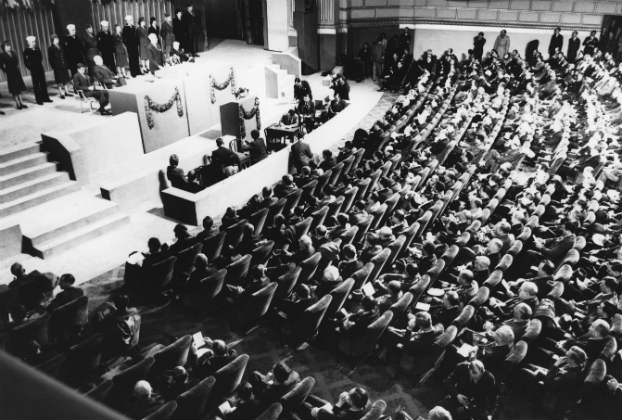 Coinciding with International Women’s Year, the UN General Assembly and Commission on the Status of Women called on representatives from 133 member states to gather in Mexico City for the First World Conference on Women. The conference resulted in a forward-looking World Plan of Action to achieve the objectives for the advancement of women over the next decade, and the UN General Assembly proclaimed 1976-1985 the United Nations Decade for Women: Equality, Development and Peace. 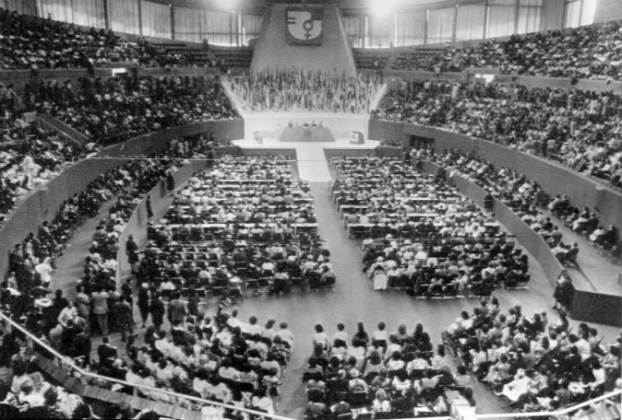 Thousands of participants gather for the opening ceremony of the International Women’s Year Conference in Mexico City. (AP)

CEDAW: An "international bill of rights for women"

Adopted by the UN General Assembly, the Convention on the Elimination of All Forms of Discrimination Against Women (CEDAW) is often described as an international bill of rights for women.  It explicitly defines discrimination against women, establishes legal obligations for state parties to end discrimination in the public and private spheres, and outlines a vision of substantive equality between women and men. As of 2017, 189 parties have ratified the treaty, making it the second most ratified UN human rights treaty.

The landmark UN Fourth World Conference on Women brought an unprecedented 17,000 official participants and 30,000 activists to Beijing, China, and galvanized progress for the advancement of women worldwide. At the conference, which addressed issues of human rights, poverty, economic inclusion, and gender-based violence, then-U.S. First Lady Hillary Rodham Clinton famously proclaimed that “women’s rights are human rights,” which became a rallying cry around the world. The conference resulted in the unanimous adoption of the Beijing Declaration and Platform for Action by 189 countries, and global reviews held every five years since the declaration’s passage have evaluated progress toward its realization. 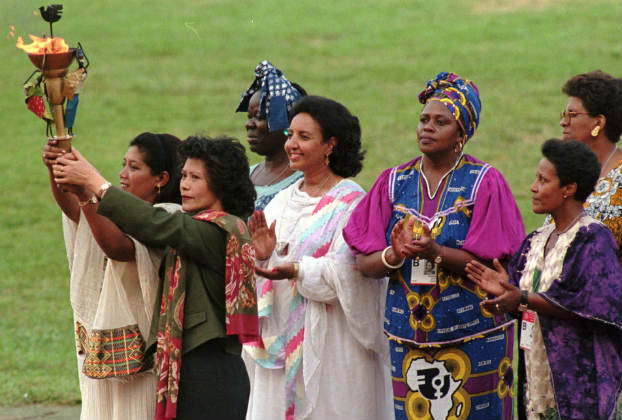 Women hold the "peace torch" during the opening ceremony for the Non-Governmental Organizations Forum on Women in Beijing. (AP)January 21, 2017

On January 21, 2017, the Women’s March on Washington, DC, became the largest international mass demonstration in support of women’s rights. Affiliated marches ranging in size from several dozen to several hundred thousand people were held in towns and cities around the world, including Accra, Bangkok, Paris, Nairobi, Belgrade, Buenos Aires, Krakow, and even Antarctica. Many marches were accompanied by training sessions for women seeking political office, youth initiatives, and discussions of issues ranging from wage inequality to freedom from violence. 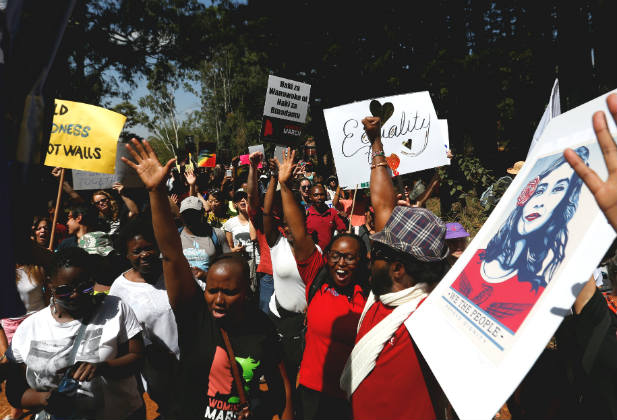 From Aspiration to Action: Achieving Gender Equality in the Economy