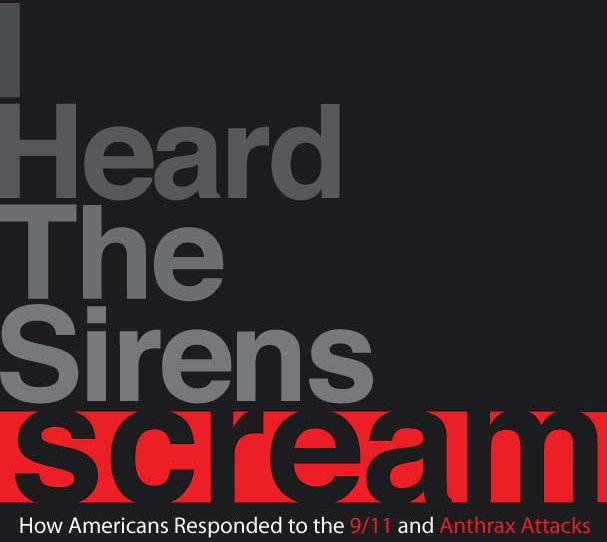 I was serving in Washington, D.C. on 9/11 in the office of the Director General of the Foreign Service. I heard the aircraft slam into the Pentagon and watched the building smoke for some days afterward. I will never forget the sirens—and the uncertainty. The Pentagon is one of the largest office buildings in the world. We did not know how many had died.

And it was personal. Despite the well-known shortcomings of “interagency cooperation,” in fact we at State worked closely with our Pentagon colleagues and had numerous friends there.

Good friend and colleague Laurie Garrett has just published a riveting e-book, I Heard the Sirens Scream: How America Responded to the 9/11 and Anthrax Attacks. A Pulitzer Prize winner, Laurie’s prolific writings on science and disease include two best sellers,The Coming Plague: Newly Emerging Diseases in a World Out of Balance (1995) and Betrayal of Trust: The Collapse of Global Public Health (2001). Like those two predecessors, Sirens Scream is compelling. The first part, “The Age of Innocence,” is a close description, almost hourly, of the one hundred and twenty days after 9/11, mostly focused on New York and Washington. The second part, “New World Order,” explores the repercussions of those events.  I found especially engrossing and convincing her discussion of the possible link between the anthrax attacks and al-Qaeda.

What does Sirens Scream have to do with a blog on Africa? Laurie shows how 9/11 impacted almost every area of American public life, and that includes how the United States responds to the perpetual healthcare crisis in Africa. To cite a seemingly small example, a Centers for Disease Control (CDC) initiative against meningitis was derailed in the aftermath of 9/11. I have seen children die of the disease in hospitals in northern Nigeria and witnessed the profound grief of the parents. Anything that delays the eradication of that terrible disease is a tragedy. How different might American engagement with Africa have been, were it not for 9/11.

Ivory Coast, Disarmament, and the Dozos