The United States is rapidly approaching its legal debt limit of just over $12 trillion. As of September 2009, U.S. debt stood at $11.9 trillion. As these charts indicate, Congress has raised the limit four times in the past three years, as the need for financing has risen. Some hope that the limit will encourage fiscal responsibility. Others fear that this exercise raises the risk of a technical default, as nearly occurred in 1995, which would disrupt markets and potentially impose severe costs on a struggling economy. 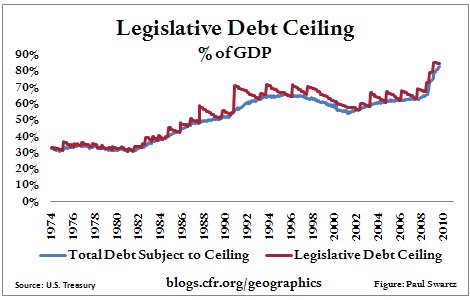 Bartlett: Why Congress Must Now Abolish Its Debt Limit

NYT: Treasury Expects Debt Limit Will Be Hit in Dec.

Huawei, the U.S., and Its Anxious Allies