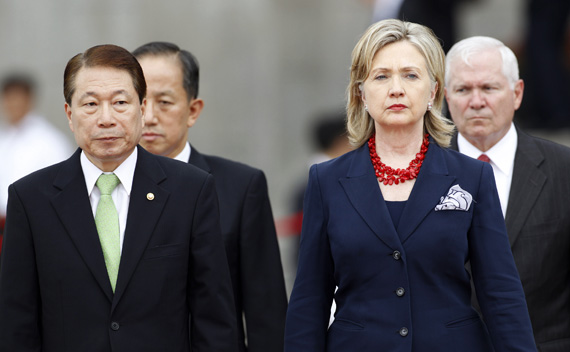 Two months ago, the sinking of the South Korean corvette Cheonan appeared to mark a turning point in inter-Korean relations. The South Korean interim investigation identified a North Korean torpedo as the cause of the sinking, providing South Korea and the United States with a strong case to take the issue to the UN Security Council and hold North Korea accountable for its actions. But the July 10th UN Presidential Statement failed to explicitly hold North Korea accountable.  This series of events has turned out to represent a setback for all concerned:

The way forward will be harder as a result of an apparent widening of the gap between Russia and China and the United States, South Korea, and Japan. Following military exercises, a shift in focus and tactics will be necessary to restore regional cohesion, which is a prerequisite for shaping an environment that promotes North Korea’s transformation and integration into the region rather than furthers its isolation.

Do We Need a Khmer Rouge Tribunal?