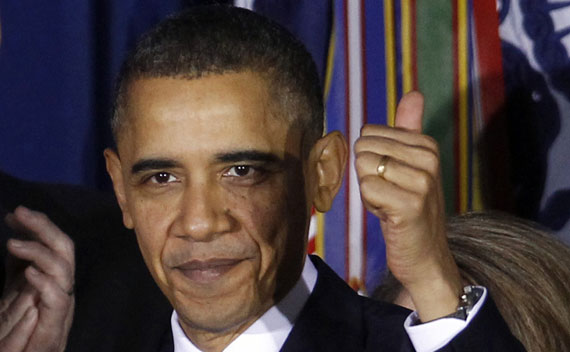 Somewhere up above Dandy Don Meredith is singing "Turn Out the Lights, The Party’s Over." Unless Senators Mitch McConnell and Jon Kyl can find some of the magic that graced the Philadelphia Eagles this past weekend in Giants Stadium, the New START Treaty will soon be the supreme law of the land.

Sen. Lamar Alexander (R-TN), Johnny Isaakson (R-GA), Bob Bennett (R-UT), and Bob Corker (R-TN) all jumped on the New START bandwagon yesterday. Sen. Thad Cochran (R-MS) reportedly has told the White House he will vote yes. With undeclared Republicans breaking in favor of New START, the Senate voted 67-28 to invoke cloture and proceed to a vote on the treaty today.  That is seven more votes than the motion needed, and it equals the magic number for passing the resolution of ratification.

New START’s passage will be a major victory for the White House, and the news media will cover it that way.  Coming as it will at the end of the lame-duck session of Congress and after the repeal of “Don’t Ask, Don’t Tell,” expect the lede of most political stories going into 2011 to be that Obama has his mojo back. That framing will drive Republicans to distraction.  They will insist, with good reason, that the White House’s decision to fold on the Bush tax cuts makes them the real winners of the lame-duck session.  But in politics as in the rest of life, timing matters.

At least two questions come out of the New START vote. The first is whether the splintering of the normally unified Republicans will be repeated on future votes. The Republicans who came out in favor of New START over the past two days did so just after Senators McConnell and Kyl vowed to defeat the treaty. Such developments don’t go unnoticed in Washington.

The second is whether debating New START during the lame-duck session poisoned the well on Capitol Hill. Sen. Jim DeMint (R-SC) continues to complain that the timing of the treaty debate disrespects Christmas. And Sen. Lindsey Graham (R-SC) apparently intends to vote against New START not on the merits but to protest the process by which it has been considered. These complaints probably reflect the passions of the moment mixed with a bit of political theater.  (And some observers would point out that the well seemed poisoned before New START came along.)  But expect Republicans continue complaining about the lame-duck session into 2011.  It’s one way to counter the White House’s message that it is reaching across the partisan aisle.

UPDATE: The Senate just voted 71-26 to approve the resolution of ratification for New START. Thirteen Republicans voted for the treaty along with all Senate Democrats. Sens. Kit Bond (R-MO), Sam Brownback (R-KS), and Jim Bunning (R-KY) did not vote on the treaty; all three are retiring at the end of this Congress. My colleague Steve Sestanovich has a First Take up on CFR.org with his assessment of the vote’s fallout (pun intended).