This is not a post about China, or the various discrepancies in the Chinese data.

It is about a rather puzzling thing that I only noticed as a result of the Brexit debate.

The bulk of the UK’s surplus in services come from trade with non-EU countries (services exports to the EU are large, but so are imports—Tuscan and French vacations?). See this chart (h/t Toby Nangle).

The funny thing? The U.S. also thinks it runs a surplus in services trade with the UK. A $14 billion surplus in 2015, for example. 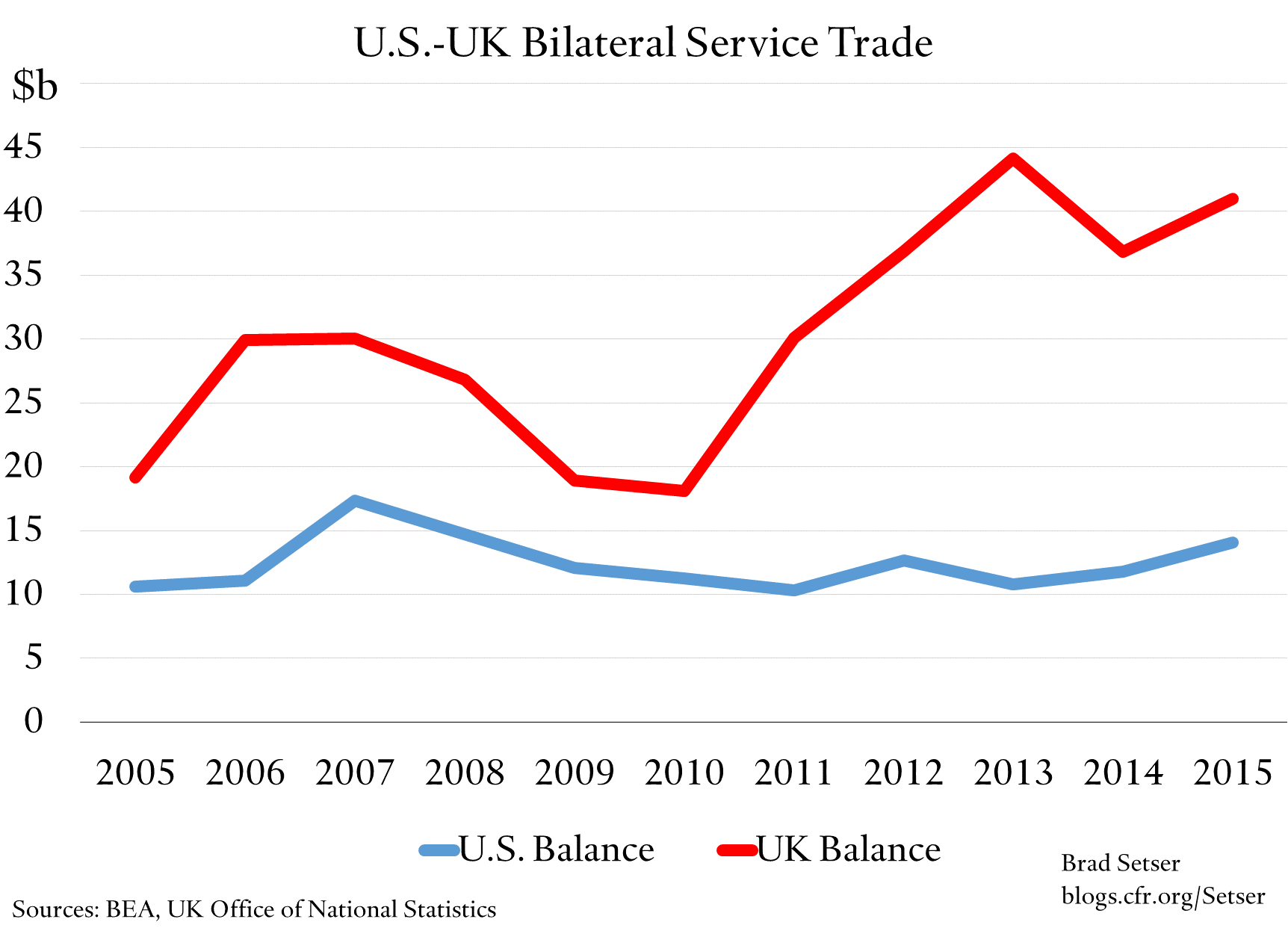 It is pretty hard to square those two data points. UK data is from the Office of National Statistics’ Pink Book, U.S. data is from the Bureau of Economic Analysis (BEA), table 1.3 of the "International Transactions" data set.

It turns out that the U.S. thinks it sells more services to the UK than the UK thinks it buys: 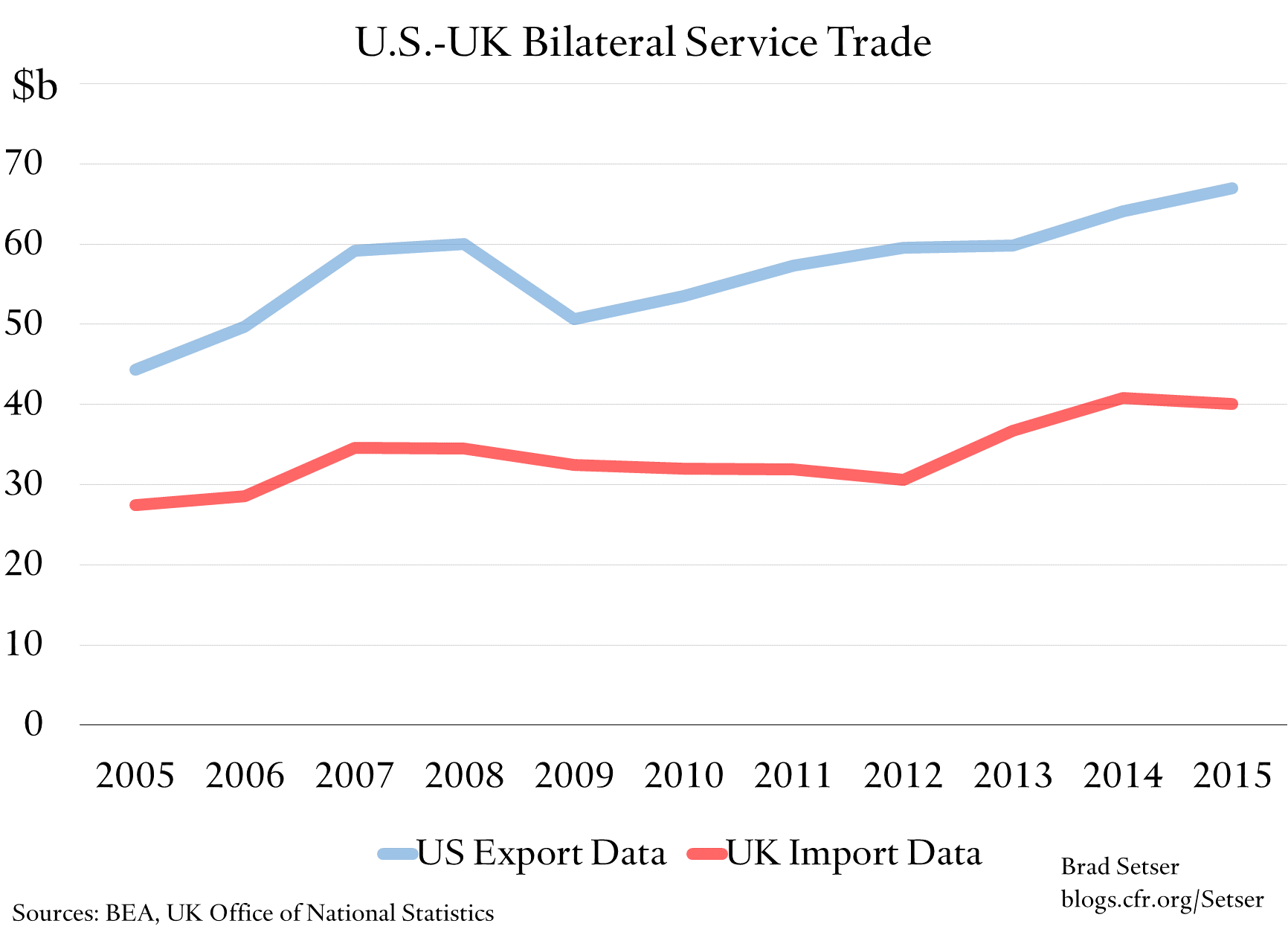 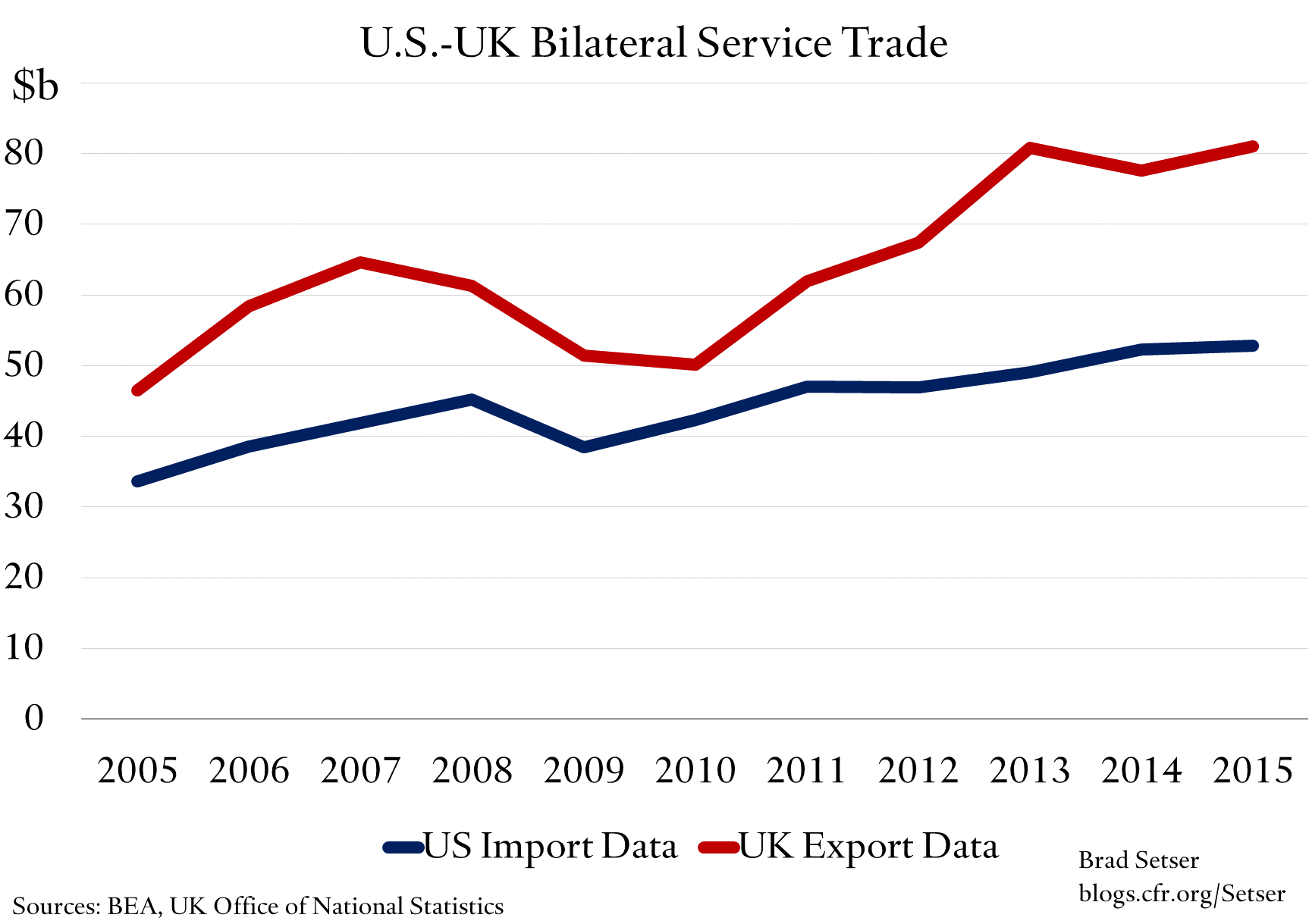 My guess is that such discrepancies are actually common in the services trade numbers. Goods trade is calculated by customs bureaus. Lots of the numbers on services trade come from surveys, estimates, and the like.

Inflows from Private Bond Investors Into the U.S.