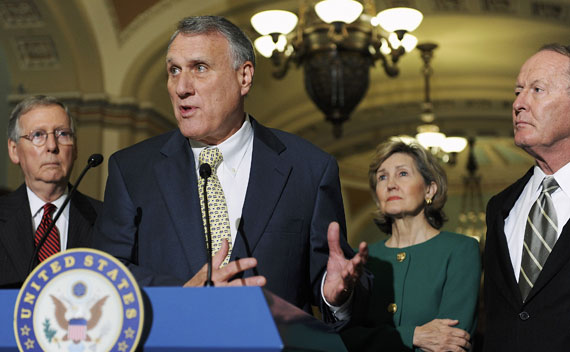 I speculated yesterday on why the White House opted for a showdown on the New START Treaty when it lacks the 67 votes needed for victory.  Here are ten reasons why the Republicans won’t blink first:

Does this mean that President Obama can’t possibly win?  No.  But winning will require doling out a lot of goodies.  Some Republican senators say they are open to being “persuaded.” These Republicans will be watching their fellow fence-sitters.  After all, there is safety in numbers. So if Republican senators do blink during the lame-duck session, a lot of them will do so at once.  That means a comfortable victory for the White House and the inevitable blog posts wondering why the “experts” failed to understand the power of the presidency to bring the Senate to heel.