The Senate Select Committee on Intelligence has conducted a detailed investigation of charges that the Executive Branch engaged in plotting the assassination of foreign leaders. Under your instructions the various intelligence agencies provided the Committee complete access to all documents relevant to such charges. These documents were highly classified and unsanitized, and no claim of Executive Privilege has been made. You provided the documents on the express assumption that they would be used by the Committee in a responsible manner. The final Report of the Committee on the assassination charges has been prepared in draft form and will soon be published.

Official acknowledgement of assassination plotting by successive Administrations of the United States Government would have an appalling and shattering impact in the international community. Without question, it would do grave damage to our ability to play a positive role of leadership in world affairs. It would provide profoundly harmful leverage to our adversaries and the resultant humiliation we would suffer would deal a serious blow to our foreign policy from which we could recover only with difficulty.

(3PA: This memo from forty years ago about the alleged harm to America’s global image and leadership with the release of the Church Committee investigation into U.S. assassination plots is worth keeping in mind whenever a president claims the publication or acknowledgement of secret programs will be similarly harmful.)

"You have to be careful to not be an accelerant," he said. "What we have to do is support [the Iraqis] and help them." It will take time to train the Iraqi forces, Odierno said. "We said early on this will take three to five years," he said. "It takes a while to train people to the capacity necessary to regain the ground that they’ve lost."

(3PA: If one reviews U.S. civilian and military officials’ statements after President Obama announced the U.S-led anti-Islamic State (IS) strategy on September 10, 2014, nobody offered such a definitive estimate. Secretary of State John Kerry said, “It may take a year, it may take two years, it may take three years. But we’re determined it has to happen.”  Antony J. Blinken, deputy national security adviser, said it “will probably go beyond even this administration to get to the point of defeat.” However, while officials emphasized that it would be difficult to “ultimately destroy” IS, they did not say three to five years early on.) 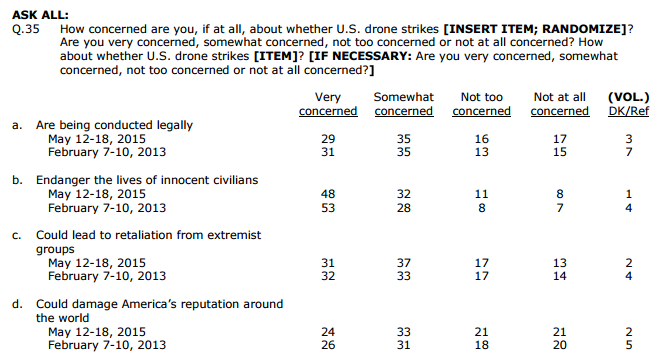 Last summer, the Pentagon conducted a sweeping Space Posture review, which prompted the White House to direct the extra funding for space control. Many of the review’s findings are classified, but Lt. Gen. Ellen Pawlikowski, military deputy to the Air Force procurement secretary, outlined them in general during a recent breakfast meeting on Capitol Hill.

In the past, space system designers focused largely on a “hunker-down” mentality, hardening satellite designs against electromagnetic interference. Now, she says, these systems are under threat. And military planners are examining ways to make satellite architectures more resilient. This includes “disaggregating” systems—splitting what were once a single satellite’s functions into those on many disparate spacecraft—as well as backing up space capabilities with systems in the air or on the ground. It also could point to a need for localized augmentation, as in the case of GPS. Finally, reconstitution is on the table; military planners may be required to build extra spacecraft to loft replacements into orbit quickly in the event of attacks.

In another part of the compound, separate from the women and children, the Rangers began working to ascertain the identities of the men of the house, as well as to locate any weapons or explosives.

“[Cultural Support Team (CST)], get over here,” a voice called out on the radio. Amber hurried to the spot where six women and nearly a dozen children stood together, about a hundred yards away from the compound. Inside the house the Rangers were doing their work.

“I am Amber,” she told the frightened group, looking the women directly in their eyes as Jimmie translated. “I’m an American soldier and we are here to help keep you and your children safe. We will make sure that none of the soldiers come near here.”

Slowly she put on her blue nitrile gloves, and softened her tone. “I am going to start by searching you—this just helps us all to stay safe.” Then she removed her helmet to make herself look less scary, and make it clear she was a woman, too. One of the children immediately stopped crying, and Amber draped a teal-colored cotton scarf over what she now called her “combat braids”: two long, blond plaits of hair that extended from just above her ears to her mid-shoulders. The higher-ups had told the CSTs they should be able to prove quickly and uncontrovertibly that they were female while out on the objective; this would put the Afghan women at east, which in turn might encourage them to speak more freely and share valuable information. (p. 191)

(3PA: This is a riveting and important book that I highly recommend.)