Private security teams patrol the decks of around 40% of large vessels in the “high-risk area” that stretches from the Persian Gulf to the Seychelles in the south and the Maldives in the east. When pirates attack, these armed guards respond with flares or warning shots. This usually scares off assailants (or sends them in search of easier prey). If it fails, they fire at an attacking boat’s engine, before finally turning their sights on the pirates. No ship carrying armed guards has so far been hijacked.

(3PA: For cool photos of how to “pirate-proof” the shipping industry, see here.  Much cheaper than using the U.S. Navy.)

Army General Martin E. Dempsey, the chairman of the Joint Chiefs of Staff, told students at a forum on the Cambridge campus that even though the world appears to enjoy greater stability and interdependence, threats looming beneath the surface—from cyber warfare to the proliferation of long-range missiles—actually place American security at greater risk.

“The truth is, I believe I am chairman at a time that seems less dangerous but is actually more dangerous,” Dempsey said, according to a copy of his prepared remarks. “That’s the essence of what I like to call the security paradox.”

(3PA: For why I think General Dempsey’s assessment is flawed, read my recent blog post.)

The U.S. footprint in Pakistan must be reviewed. This means (i) an immediate cessation of drone attacks inside the territorial borders of Pakistan, (ii) the cessation of infiltration into Pakistani territory on any pretext, including hot pursuit; (iii) Pakistani territory including its air space shall not be used for transportation of arms and ammunition to Afghanistan.

Recalling the recommendations of the November 2011 Traditional Loya Jirga, with particular focus on the recommendation that “night operations conducted by the American forces must be Afghanized as soon as possible.

(3PA: Despite this specific language, according to the Pentagon spokesperson, Kabul will not have a veto power over U.S. special operations missions: “It’s not about the U.S. ceding responsibilities to the Afghans.”)

Koh brushes off my question about the New York Times interview in which he criticized targeted killings and claims his views on the subject have been consistent. “I have never changed my mind,” he says. “Not from before I was in the government—or after.”

(3PA: In an interview with the New York Times in 2002, Koh stated: “’’The inevitable complication of a politically declared but legally undeclared war is the blurring of the distinction between enemy combatants and other nonstate actors… The question is, what factual showing will demonstrate that they had warlike intentions against us and who sees that evidence before any action is taken?’’ Under the Obama administration’s definition of “due process” for targeted killings, we do not have answers to either of the questions raised by Koh ten years ago.)

My results challenge previous claims that removing militant leaders is ineffective or counterproductive. On the contrary, they suggest that leadership decapitation (1) increases the chances of war termination; (2) increases the probability of government victory; (3) reduces the intensity of militant violence; and (4) reduces the frequency of insurgent attacks.

(3PA: Johnston found that out of 118 attempts, leadership decapitation worked 39 percent of the time, which challenges previous findings by Jenna Jordan.) 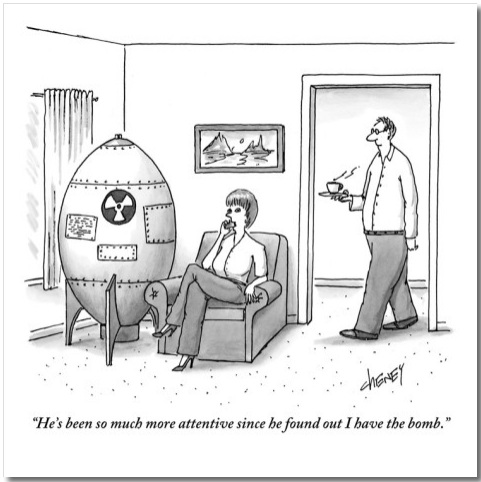 QUESTION: The question goes back to the (inaudible) question asked by Ensign Adams (ph) in regards to the ethical considerations of using drones in additional to traditional (inaudible) combat. How do you balance the issue of electronic vehicle that there is no (inaudible) in the cockpit intervening somewhere with traditional questions of sovereignty and human rights?

DEMPSEY: Yeah, I got asked that question by Fareed Zakaria actually. He said—he phrased it, “Are you concerned about the ethics of unmanned armed aircraft?” And what I told him was that any time we employ that capability we do so only after a very significant series of discussions about the legality, authorized use of military force.

And secondly, we do confront the ethical basis for our actions. That is to say, is there a clear threat to the homeland. I mean, I don’t need to walk you through it. But I will tell you this is not, as sometimes the media would portray it, it’s not a bunch of kind of Nintendo generation kids sitting someplace, you know, with a little joystick making autonomous or semiautonomous decisions. These decisions are taken at the highest levels. And I am very confident as I stand here today that we have both the legal basis and the ethical basis on which to make those decisions.

Now, that said, whoever asked me the question about, you know, as we watch nonbiological intelligence and artificial intelligence, cyber activities, as we watch those technologies increase, I think we have to be alert for not only legalities but ethics. And I can promise you we are—we do that.

But for standing here right now I can tell you I’m confident we’re—we have a process in place that allows us to look ourselves in the mirror and say we’ve got both legal basis and ethical basis. But we—there’s constant reflection and scrutiny.

There are many reasons why the U.S. nuclear weapons program has consumed at least $8.7 trillion (in adjusted FY 2010 dollars) since its inception, and why it grew as large as it did as quickly as it did, from a handful of hand-built weapons in 1945 to 31,255 advanced warheads and bombs 22 years later (or, to put it another way, from a total explosive yield of 40 kilotons in 1945 to a peak of nearly 20,500 megatons in 1960, equivalent to 1.7 million Hiroshima-sized bombs). These include: perceptions of the Soviet and Chinese threat, the indeterminate nature of deterrence, redundant targeting, technological advances and obsolescence, interservice and inter-laboratory rivalry, nuclear weapons as “free goods” for the military services (because the cost of warheads and bombs was borne by the AEC, not the military), pork barrel politics, corporate lobbying, secrecy, political considerations, and arbitrary decision making, to name a few. The profound lack of financial accountability and transparency from the very beginning was a critical factor.

(3PA: According to a recent study, Assuring Destruction Forever, “Combined, the nuclear weapon possessors have spent approximately one hundred billion USD on their nuclear programmes. At this rate, they will collectively spend at least one trillion USD on nuclear weapons over the next decade.”)