Ten years ago, Kenya, which holds national elections on March 4, seemed like one of the brightest stars of a new wave of global democratization. After longtime dictator Daniel arap Moi gave way to contested elections in 2002, Kenyans voted for longtime opposition MP Mwai Kibaki as president. Kibaki, considered a reformist, defeated arap Moi’s selected heir. Kenya already had the most boisterous media and vibrant entrepreneurial sector in East Africa, and exploded in joy at Kibaki’s election.

But Kenya has not become a democratic success story. Kibaki has used his office to enrich and empower tribal allies while trying to destroy the opposition and make the presidency even more powerful. Graft has become worse since 2002. Public anger at the failings of the democratic period has led to spasms of violence. In the 2007 elections, when Kibaki was reelected in a disputed vote, more than 1,000 Kenyans were killed in vote-related violence.

As the new election nears, and even as civil society and democracy activists try to cool tensions, violence has erupted again. And one of the lead candidates for this election, Uhuru Kenyatta, is under indictment by the International Criminal Court (ICC) for crimes he allegedly committed during the 2007 elections.

Kenya’s turbulence is hardly unique. Though the Arab Spring, the changes in Myanmar, and the tumult in many African countries have captured the world’s attention in the past two years, in reality democracy is going into reverse worldwide. In its annual international survey, the most comprehensive analysis of freedom around the globe, Freedom House found that global freedom plummeted in 2012 for the seventh year in a row.

Nations like Kenya that were supposed to be part of a global "Fourth Wave" of democracy following the Third Wave in the late 1980s and early 1990s have regressed badly. This fourth wave, concentrated in Africa, Asia, and now the Middle East, has instead produced many dysfunctional democracies or, like Kenya, countries that have turned into a kind of elected autocracy. In these nations, political parties that win an election then use every opportunity between elections to eliminate other checks to political power. The idea of a loyal opposition ceases to exist, and elected autocrats like Kibaki or Thailand’s Thaksin Shinawatra, who served as prime minister for the first half of the 2000s, undermine the authority of courts, attack the media, and generally eviscerate the bureaucracy, anti-corruption investigators, and other institutions.

Add to this the data from opinion polling in many developing nations, in the Barometer series and my own polls, showing that public views of democracy are deteriorating as well. Before Kenya’s disastrous 2007 election, Kenyans’ satisfaction with the way democracy works had plummeted, and a study released last year showed that Kenyans are sharply losing confidence (PDF) in multiparty politics.

Reversing this decline in Kenya and many other once-promising states will fall primarily on the shoulders of their leaders and citizens. They should consider the following: 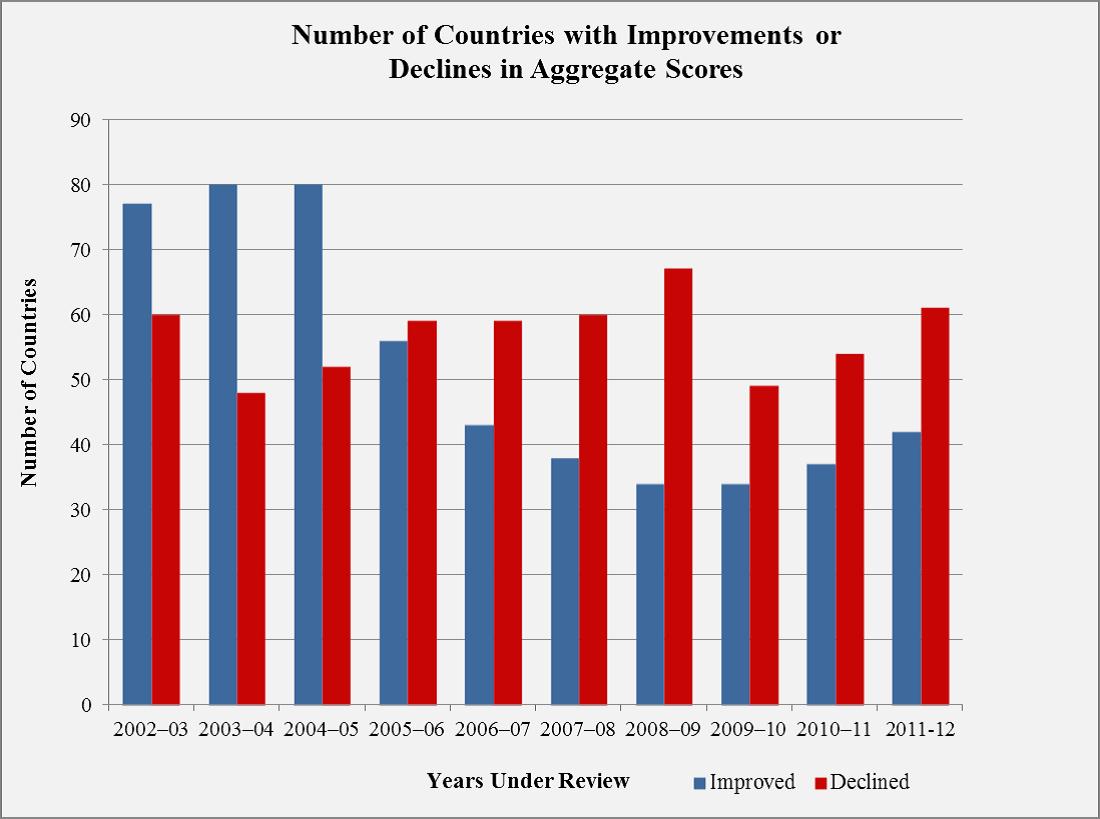 The United States also will have a role to play in stopping the democratic decline in the developing world. In the case of Kenya, for instance, expert Joel D. Barkan has written in a recent CFR report that Washington should help lead a multilateral effort to press for free and fair elections.

Here are some guideposts for U.S. policymakers:

Joshua Kurlantzick, a Fellow for Southeast Asia, is author of the new book Democracy in Retreat: The Revolt of the Middle Class and the Worldwide Decline of Representative Government (CFR and Yale University Press), from which this brief is adapted.