Skip to main content
For Japan, a G7 to Remember

U.S. President Barack Obama travels to Ise-shima, Japan, May 26–27 for a meeting of the Group of Seven (G7) leading industrialized nations at a time of especially vexing challenges. Japanese Prime Minister Shinzo Abe has been laying the groundwork for this gathering by traveling to Europe to meet with fellow members, and to Sochi, Russia, to meet with President Vladimir Putin, a former member of the club, then called the G8. (Russia was expelled after its invasion of Crimea.) 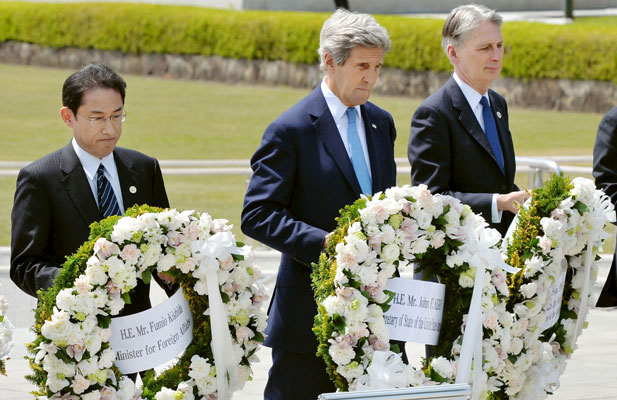 The G7 meeting comes at a time of rising strategic tensions in Asia. Japan’s concerns over North Korea’s nuclear and missile tests, as well as China’s reclamation activities in disputed waters of the South China Sea, seem quite distant from Europe’s migration and terrorism challenges. Yet Abe hopes to enlist G7 support for Asia’s geopolitical challenges, and to reinforce the group’s primacy in managing a rocky global economy.

Balancing Abe’s ambitions for improved Japan-Russia relations with his role as host of the G7 will be a test of his diplomatic skills, but for many Japanese, the summit intricacies will not be the focus. Rather, it will be Obama’s visit to Hiroshima—the first by a sitting U.S. president to the site of the World War II atomic bombing that devastated the city and killed tens of thousands of people.

Formed to help manage the global economy, the G7 has its work cut out for it this year. The International Monetary Fund (IMF) this spring yet again cut its world expansion forecast, projecting that the world economy will grow by only 3.2 percent this year, down from a projected 3.4 percent in January. Stimulating global growth has become far more difficult for the advanced industrial economies, many of which have failed to ignite growth at home. But differences over which instruments to use, and to what effect, remain between the G7 members. A Nikkei Shimbun editorial on May 12 suggested Abe needed to do three things at Ise-shima: persuade other G7 leaders that fiscal stimulus was the way to go, get their commitment to structural reforms, and agree to IMF monitoring of economic policy coordination.

Still, G7 meetings today are just as much about world politics, and Abe wants to highlight Asia’s geostrategic challenges. While he shares U.S. and European concerns over Russian behavior in Crimea and the Ukraine, and went along with the sanctions imposed, he did so with less gusto. Abe has seen his role as trying to reduce tensions between other G7 members and Moscow, and hopes to bring Russia more fully into Asia’s regional security dialogue.

Abe has his own diplomatic ambitions with President Putin. Since returning to office in late 2012, Abe has met with Putin ten times, and his early May meeting in Sochi seems to have at last produced what Abe has been hoping for: progress towards resolving their territorial dispute over four islands between the Sea of Okhotsk and the Pacific Ocean. The dispute stands in the way of the conclusion of a bilateral peace treaty between the two neighbors divided by a brutal world war and the Cold War. Japan and Russia have attempted to negotiate their differences over what the Japanese call the Northern Territories and Russians call the Kurils since the 1950s after the two countries restored diplomatic ties.

A deal has been on the table that would return two small islands, Habomai and Shikotan, closer to Japan, while the other two islands, Kunashir/Kunashiri and Etorofu/Iturup, would continue to be populated by Russians and developed into military and economic outposts. Putin offered to reopen talks based on this formula, but Japan’s position has long been to claim all four of the islands. And while the two leaders publicly recognized the need to “resolve this unnatural state of affairs,” the Abe government remains firm on its sovereignty claims. Continuing these bilateral negotiations is critical to Abe’s strategic goals. With interactions between Japanese and Russian militaries in and around Japan unabated, and with Japan’s territorial dispute with China in the East China Sea unresolved, Abe is also interested in mitigating the possibility of collaboration between Moscow and Beijing in shaping the Northeast Asian balance of power.

Japan has other pressing security concerns in Asia that it would like to see reflected in a G7 joint statement. Chinese behavior in the South China Sea, and its broader maritime ambitions, will be discussed, as will be North Korea’s nuclear provocations. UN Security Council Resolution 2270, adopted in March this year, requires all nations to double down on sanctions against Pyongyang, and the prospect of additional measures taken independently by G7 nations is likely to be raised.

Chinese behavior in the South China Sea, and its broader maritime ambitions, will be discussed, as will be North Korea’s nuclear provocations.

Europeans are expected to bring up their own security issues. Mass migration from the Middle East to Europe has deeply challenged the unity of the European Union, and has triggered anti-immigration backlash in virtually every European nation. On top of that, the terrorist attacks in French and Belgian capitals have also heightened the demand for integrated counterterrorism cooperation across the G7. Japan’s cooperation in stemming the flow of refugees from Iraq and Syria has been important, including an aid package totaling more than $1.5 billion. Japan is also stepping up its commitment to global health. Ahead of the summit, Abe announced a $1.1 billion package of funding for global efforts to fight AIDS, tuberculosis and malaria. In addition, Japan will add support for a World Bank pandemic emergency facility and help the World Health Organization respond to crises, such as Ebola.” 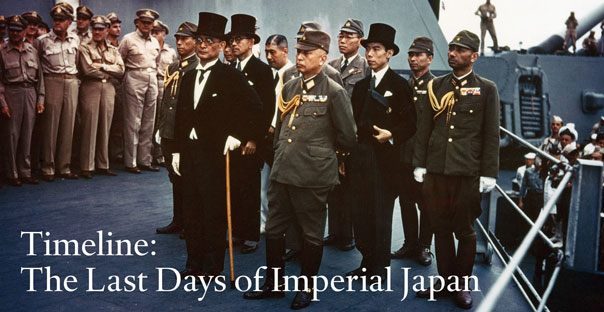 Beyond the G7’s agenda is an event that will likely overshadow the Ise-shima meeting. On May 10, the White House announced that President Obama will visit Hiroshima during his fourth trip to Japan since coming into office. Obama’s early commitment to nuclear nonproliferation, and specifically his April 2009 speech in Prague noting the responsibility of the United States for ridding the world of these weapons, was deeply welcomed in Japan, the only country to have faced atomic bombings. Obama’s first ambassador to Japan, John Roos, became the first sitting ambassador to join the commemoration of the Hiroshima atomic bombing in 2010. In 2012, Roos later participated in the Nagasaki commemoration. U.S. Ambassador Caroline Kennedy has continued the practice, and last year U.S. Under Secretary for Arms Control and International Security Rose Gottemoeller joined her at the national commemorations in Hiroshima and Nagasaki to mark the seventieth anniversary.

For many in Japan, the Obama visit represents a long-awaited acknowledgement of the terrible consequences of the U.S. decision to use these devastating weapons.

At April’s G7 foreign ministers meeting, hosted by Foreign Minister Fumio Kishida, a Hiroshima native, Secretary of State John Kerry became the first U.S. cabinet member to visit the Hiroshima memorial. After touring the atomic dome museum, Kerry noted in the guestbook that the memorial was a “harsh, compelling reminder not only of our obligation to end the threat of nuclear weapons, but to rededicate all of our effort to avoid war itself. War must be the last resort.” While the White House has stressed there will be no apology for the nuclear bombings, for many in Japan the Obama visit represents a long-awaited acknowledgement of the terrible consequences of the U.S. decision to use these devastating weapons.

This visit also provides the Obama administration with the opportunity to recognize Japan as one of the world’s strongest advocates of nuclear disarmament and to highlight the bilateral commitment to nuclear nonproliferation. As the threat of nuclear weapons increases in Northeast Asia, the U.S. nuclear umbrella remains the primary guarantee of security. Beijing’s nuclear modernization in the 1990s was widely noted by its neighbors, prompting an expanded dialogue between Washington and Tokyo on extended deterrence. Likewise, North Korea’s pursuit of a viable nuclear arsenal capable of reaching the U.S. homeland also puts strains on U.S. defense alliances with Japan and South Korea. It has not escaped anyone’s notice in these countries that one of the front-runners in the U.S. presidential election, presumptive GOP nominee Donald Trump, has suggested removing that protection, and allowing Seoul and Tokyo to “go nuclear” as well.

The Hiroshima visit is not without controversy in Japan. Few Japanese feel that the dropping of the bomb was justified; many Americans still feel it was. Yet reconciliation between Japanese and Americans has been generations in the making, built on increasing familiarity and friendship between the two societies.

G7 leaders will be hard-pressed to agree on their many priorities, but for Japan this G7 will have more meaning than most. Abe will be able to demonstrate to those in Europe a different set of strategic priorities, but he will also be looking for their support to boost the global economy.

The symbolism of this G7 for the United States and Japan should not be underestimated; coming on the heels of last year’s difficult year of World War II commemorations in Asia, the challenge for G7 leaders is how to weave together the shared problems of Asia, Europe, and the United States. As host this year, Abe would like to see the G7 reassert its role of global leadership in an increasingly complex and worrisome world.