Skip to main content
What Happened to the Asia Pivot in 2013?

A range of crises in the Middle East dominated the U.S. foreign policy agenda in 2013, raising questions about the vigor of President Obama’s Asia "pivot." Four experts offer perspectives on how the region is reacting to U.S. moves in Asia. China has reacted with "assertive authoritarianism," CFR’s Elizabeth Economy writes, while Southeast Asian governments remain ambivalent to the supposed shift, according to Tim Huxley of the International Institute for Strategic Studies. The Lowy Institute’s Michael Fullilove says without a strong U.S. presence in the Pacific, the region runs the risk of a destabilizing rivalry. And CFR’s Sheila Smith says despite some promising developments, the Obama team may be misreading cues on Japan. 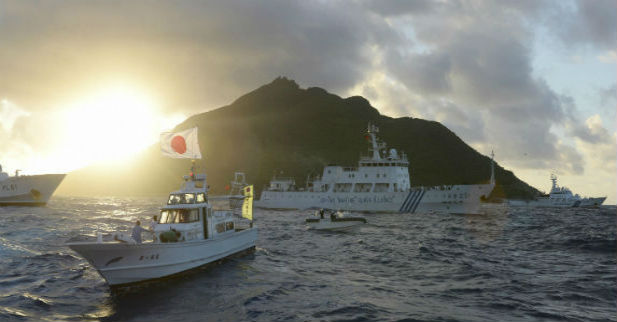 China has struggled to reply effectively to the U.S. pivot or rebalance to Asia. After all, how do you respond to a policy welcomed by most countries in the region? While Beijing has complained about an enhanced U.S. role, in practical terms it has appeared stymied.

Over the past few months, however, Beijing appears to have found its answer to the pivot in the form of "assertive authoritarianism." On the home front, this means that President Xi Jinping is pursuing his own "China Dream" by actively consolidating his political power: cracking down on corruption—particularly against senior Chinese officials, whose loyalty to Xi is questionable; limiting dissenting voices on the Internet; and grasping the reins of both security and economic policy in his own hands through two new organizations under his direct control.

"While Beijing has complained about an enhanced U.S. role, in practical terms it has appeared stymied."

In foreign policy terms, assertive authoritarianism means bringing the region more in line with Xi’s vision of a China-centered Asia Pacific. Preaching a "community of common destiny"—led by China—Beijing has pledged significant new infrastructure investment to connect the region through railways, roads, and pipelines, the establishment of a Chinese maritime partnership with ASEAN, and enhanced regional trade and financial cooperation. At the same time, Beijing is expanding and enforcing Chinese sovereignty claims in the region, rewarding those who fall in line and punishing those who do not.

The challenges to Xi’s approach are significant. As difficult as it is for the Chinese leadership to control events within China, it will be even tougher to control them externally. To begin with, as long as Xi adopts diplomatic, economic, and security policies that divide rather than unify the region, few of China’s neighbors will be willing to trust his leadership and the sincerity of his efforts to enhance ties. Xi must also contend with a newly revitalized Japan that is asserting its own economic and diplomatic leadership. Moreover, even as Xi attempts to find new supporters, China’s most reliable client states are becoming unreliable. Myanmar is transitioning to a full-fledged democracy; there are stirrings of political change in Cambodia; and the DPRK has become frightening and unpredictable, even to Beijing.

At heart, there is a singular flaw in Xi’s policy that is inherent in its very design. As Global Times journalist Ding Gang writes, "China’s new leadership has proposed building a ’community of common destiny’ with its neighboring countries. Such a community cannot be simply established through a connection of rails, highways and airplanes. Spiritual connection is equally important…. The exchange and compromise of interests cannot make a country’s diplomacy resonate; its charisma can only be amplified through ethical strength." Certainly a Chinese polity and foreign policy rooted in ethical strength would be a "China Dream" the world could sign onto.

Two years into the Obama administration’s ’rebalance to the Asia-Pacific’, Southeast Asian governments remain ambivalent to this supposed major shift in the U.S. strategic focus.

Facing complex evolving strategic circumstances—particularly China’s ever-growing power and assertiveness—U.S. allies and security partners are naturally predisposed to welcome the United States’ reassurances that it remains a resident power in their region and that it is still committed to their region’s security and stability. Even those Southeast Asian states less closely aligned with United States in the past—including Vietnam—generally welcome the rebalance: they are hedging against an uncertain future strategic environment, especially the dangers that may attend China’s rise.

That said, all Southeast Asian states harbor some reservations about the rebalance. Some of these doubts relate to its substance, including concerns about the impact of financial constraints on America’s capacity to sustain its military deployments in Asia. There is also some anxiety about U.S. attention being drawn back to the Middle East.

More important, though, is the question of how far Southeast Asian governments are willing to intensify their security and defense relations, and overall alignment, with the United States. There is much evidence that governments in the region recognize that maintaining balance in their relations with the major powers is important for their security. And there is particular concern to maintain equable relations with China that goes beyond a wish not to jeopardize expanding economic benefits.

While the Philippines’ relations with China have deteriorated because of their territorial dispute in the South China Sea, most other Southeast Asian states have maintained cordial links with Beijing despite their reservations about China’s regional behavior. Indonesia, Malaysia and Thailand are even tentatively developing defence and security links with China. Vietnam’s concerns over the Spratlys are partly managed through a strong party-to-party link with Beijing. Southeast Asian governments are, in other words, ’hedging their hedging’.

The most important foreign-policy initiative in President Obama’s first term was his attempt to ’pivot’ U.S. policy away from the Middle East and toward Asia.

The elements of the pivot, conceptualized most clearly in Obama’s Canberra address in November 2011, include more regular attendance at meetings of the various Asian multilateral organizations, the deployment of U.S. Marines to Darwin in northern Australia, increased ship visits to Singapore and closer military ties with the Philippines.

The pivot largely is about China. There is an uneven quality to China’s present foreign policy: usually quiet but occasionally strident; usually cautious but occasionally combative; always prickly. President Obama seeks to cooperate with China, but he also intends to renew America’s presence in Asia and maintain a balance of forces there at a time when there is significant uncertainty about China’s future behavior. The pivot makes sound strategic sense.

"Without a strong U.S. presence in the Pacific, the region faces strategic uncertainty, power imbalances and the risk of destabilizing rivalry."

Yet some in Asia are wondering whether the pivot was last year’s story. Secretary of State John Kerry has been an infrequent visitor, with a focus on an Iran nuclear deal and Middle East peace. The military elements of the rebalance are underwhelming. Some of the pivot’s main proponents—including Hillary Clinton, Kurt Campbell and Tom Donilon—have have left. And some U.S. policymakers are still drawn to the Middle East like iron filings to a magnet.

One reason for the sluggishness of the shift is that it is remarkably difficult to pivot a country as large and diverse as the United States. Arguably, the last successful pivot took place from 1939 to 1941, between the outbreak of the European fighting and the U.S. entry into the war after the bombing of Pearl Harbor. During this period, America transformed itself from a nervous, isolationist, middle power into an outward-looking global leader.

President Obama’s challenge may not be as urgent or as deadly as that facing America in 1941. Plainly, a rising China is in no way analogous to the rise of the Axis regimes. Indeed, a strong and prosperous China is in everyone’s interest.

Yet the stakes are high. Without a strong U.S. presence in the Pacific, the region faces strategic uncertainty, power imbalances and the risk of destabilizing rivalry. President Obama, who once declared an ambition to be ’the Pacific president’, must show the world that the pivot has not run out of puff.

Among Washington’s regional allies, Japan most welcomed the United States’ assurance that it was upping its game in Asia, where Chinese influence seems ever-present and ever-worrisome. In that regard, 2013 started out well. The year ends, however, with Tokyo feeling somewhat ambivalent about the Obama administration’s "pivot."

In February, newly-elected Prime Minister Shinzo Abe visited Washington for a bilateral summit with President Obama that succeeded on two fronts. First, Abe promised that Japan would remain calm in the face of growing Chinese pressure on the Diaoyu/Senkaku Islands, and Obama pledged continued U.S. support. Second, Abe said Japan would join the Transpacific Partnership, a decision the United States long favored. Abe then returned to Tokyo and got to work on the politics. U.S. and Japanese trade negotiators crafted an understanding that would address Congressional concerns, and the stage was set for Japanese participation in the multilateral trade talks later in the year.

"There are signs the Obama team may be misreading cues on Japan."

Less fanfare attended Abe’s effort to get the stalled relocation of a U.S. Marine base on Okinawa back on track, but by the fall, Japan and the United States held high-level security talks (2+2), with Secretary of State John Kerry and Defense Secretary Chuck Hagel visiting Tokyo for the first time to announce revised guidelines for bilateral military planning.

At the moment, some of these policies seem like heavy lifting for the Obama Administration, mostly because of the difficulties on Capitol Hill. The TPP negotiations seem wobbly, China’s ADIZ puts greater pressure on alliance readiness, and difficult economic reforms are needed in both capitals.

Still, there are signs the Obama team may be misreading cues on Japan. For example, when senior U.S. officials warn both sides in the island dispute to exercise caution, they imply equivalent behavior by Chinese and Japanese decision-makers, which belies the facts and unsettles Tokyo. However, one bright spot for U.S.-Japan relations in 2013 has been unequivocal admiration for the President’s new ambassador to Japan, Caroline Kennedy.

Beijing seems intent on keeping the alliance off-kilter, but the last thing the Obama Administration wants is to make the "pivot" all about China. U.S. alliance first priorities must be more effectively grounded in the way Washington coordinates its Asia strategy. Japan’s new National Security Council offers a venue for close and high profile consultations with the White House, as well as a mechanism for coordinating an allied response to the unpredictable events likely to shape Washington’s Asia policymaking.

Game On: The NBA Runs Afoul of China but Scores Big