Skip to main content
What Is the Impact of the CIA Report?

The long-awaited Senate Intelligence Committee report on the CIA’s controversial detention and interrogation program has placed U.S. counterterrorism practices after 9/11 under renewed scrutiny. As the public debates and comes to terms with the findings, three experts, Karen J. Greenberg, Jack Devine, and Magnus Ranstorp, remark on the significance of the report and the legacy of these programs at home and abroad. 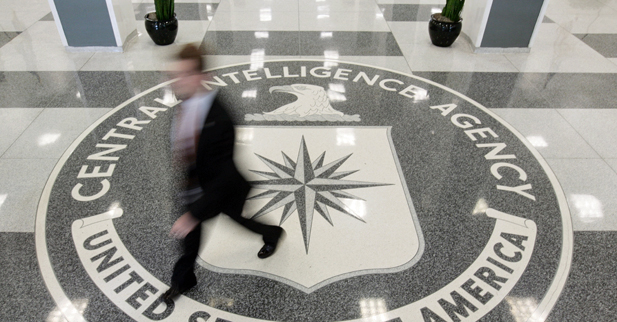 It will take a while to absorb all of the important information in the Senate report. It tells multiple stories: the evolving policy of torture at black sites around the world; the misinformation fed to the public about a number of high-profile counterterrorism investigations, including the hunt for bin Laden; the ineffectiveness of torture; and the revulsion that certain individuals within the CIA expressed over the use of barbaric tactics.

But as important as any single fact or string of facts in the report, there is one stunning achievement of the Senate Intelligence Committee’s efforts. This report has restored the word "torture" to its rightful place in the national conversation. As Sen. Dianne Feinstein (D-CA) writes in her summary of findings: "it is my personal conclusion that, under any common meaning of the term, CIA detainees were tortured." The word is used throughout the report to describe the program and its methods of abuse which included beatings, week-long sleep deprivation, waterboarding, threats of death, threats of sexual abuse and death to one’s family members, medieval-type shackling, and exposure to extreme cold.

Until recently, the word was virtually banned from usage. On air, in the press, and in general discussion, the substitute phrase "enhanced interrogation techniques" was insisted upon—the achievement of spin doctors who supported the policy. Their campaign worked so successfully that leading media outlets, including the New York Times, relied exclusively on the euphemism and eschewed the more accurate if shameful word.

With this report, the appropriate word can once again be used. "The Torture Report" became the headline in recent coverage. This is not a small accomplishment. President Obama helped revive the term when he admitted last August that "we tortured some folks." And days later, the New York Times, referring to the impending release of the report, announced that it would "recalibrate its language," choosing once again to "use the word ’torture’ to describe incidents in which we know for sure that interrogators inflicted pain on a prisoner in an effort to get information." The Senate report’s unwavering reintroduction of the word "torture" has, for the first time in years, put the country back on track in confronting the violation of the rule of law that took place at the CIA.

This report will hopefully provide policymakers with guidelines for preventing future abuses, give historians fodder for understanding the way in which secrecy can undermine the law, and enable citizens, finally, to begin to understand and redress the crimes done in our name.

Jack Devine, Former Head of the CIA’s Directorate of Operations; President of The Arkin Group; Author of Good Hunting: An American Spymaster’s Story

The Senate Intelligence Committee’s report on the CIA’s enhanced interrogation techniques has created a great deal of friction in the U.S. intelligence community at a time when the country needs its services more than ever.

Regrettably, the report was not a bipartisan effort, which would have given it much more stature and credibility. Republican members of the committee had so many substantive problems with the inquiry at the outset that they walked away, giving Democrats an open runway to take it wherever they wished. The CIA was left to carry its own water. Apparently some officials who oversaw the controversial program were not interviewed because of legal considerations. All of this undermined the objectivity of the report and has led to unprecedented friction between the CIA and the committee.

Most of the material in the report summary was already public, albeit not in as graphic or specific detail. So what is the value of the release? The American people already get it—namely, that in the aftermath of 9/11 the CIA engaged in authorized enhanced interrogation activities (some of which are viewed widely and critically as torture) with the approval of the Department of Justice and the White House. This action is now rightfully considered unwise and inconsistent with our traditional values. This process ceased in 2009, and a seemingly irreversible decision has been made to avoid this practice in the future. End of story.

So where do we go from here? In a few words, it’s time to move on.

We are facing the greatest arc of instability and threat to our national security interests that I can recall as a former CIA official and current international risk manager. No one needs to look further than Iraq, Syria, Afghanistan, Iran, Pakistan, and Libya, or glance at a resurgent Russia and a muscular China. In this environment, it’s axiomatic that we need a strong, highly motivated CIA more than ever.

For once, let’s resist the urge to "reform" the CIA with more bureaucratic overlays and meaningless and redundant regulations as we did after 9/11 with the creation of a large [Director of National Intelligence] bureaucracy. The committee’s report and the run up to it have been punishing and demoralizing enough for the CIA. Indeed, it will have deleterious effects on the agency for years to come.

There are two aspects of the Senate Intelligence Committee’s report that are particularly interesting from a non-U.S. perspective: What damage does it do to the global reputation of the United States, and should there be further consequences to those countries that cooperated with CIA in allowing so-called black sites on their territory?

It goes without saying that the reputation of the CIA as a rogue agency further damages the United States stature as a champion for democracy and human rights around the world. Significantly, it also reinforces conspiracy theories and the salafi-jihadi narrative that the West (led by the U.S.) is at war with Islam.

A new generation of Muslims has been forced to define its identity in relation to 9/11, the war on terror, Guantanamo, and extraordinary rendition practices, collectively creating a sense of besieged communities. For them the Senate report reinforces this notion of a West at war with Islam. While this narrative used to be peripheral, it is now center stage. It greatly complicates work against violent extremism. It erodes the essential ingredient in community-based preventative work: trust between government agencies and communities on issues of extremism. This comes at a time when the Islamic State has shown that the impossible—the creation of a Caliphate—is possible, lighting the imagination of Muslim extremists around the globe.

A second major consideration is the unsavory intelligence partnerships that enabled extraordinary rendition where "enhanced interrogation techniques" were practiced at black sites. The roles of Poland and other EU states come to mind as foreign venues used by the CIA. Admissions by Polish ex-leaders, overturning previous public denials, have the potential to become hot and difficult political issues within Europe, in addition to contributing to an erosion of trust between European governments and the United States. For sure, the report will amplify calls from human rights organizations that those responsible be brought to justice.

The Senate report has the power to be both cathartic and seriously damaging for the U.S. intelligence community. The report crossed an important rubicon. In the short term, it may resolve the soul-searching within the U.S. political establishment and the intelligence community about how far to go in balancing human rights and security. In the longer term, it gravely damages intelligence partnerships and U.S. leadership on counterterrorism efforts--at a time when the U.S. needs to strongly advocate for democracy and human rights in the greater Middle East.