Skip to main content
Indonesia’s Election: What to Expect From Jokowi’s Second Term

Indonesian President Joko Widodo, popularly known as Jokowi, appears to have handily won a second term and a parliamentary majority for his coalition in elections this week. The win, if confirmed, could mean a rekindling of economic reforms and a bolder stance against China. It could also tilt the region further away from democracy.

More From Our Experts
Joshua Kurlantzick
A Conversation on China’s Global Influence With the Global Taiwan Institute
Christopher M. Tuttle
Two Years After January 6, Some Reasons for Optimism
Gideon Rose
Where Will American History Go Next?

Final results will not be available until early May, but quick counts showed Jokowi defeating rival Prabowo Subianto by a roughly 10 percent margin. The election proceeded freely and fairly, a victory for a region that still struggles with democratic transitions. Thailand’s junta oversaw an unfair election last month, and Cambodia held a sham election last year. Any attempt to delegitimize the election by Prabowo, who claimed victory despite the unofficial results, would likely be resolved by the top court in Jokowi’s favor.

Jokowi has proven to be a charismatic but cautious leader. His first term did not live up to high hopes for reform. As I noted in a council special report last year, despite some gains, Indonesia suffered political, strategic, and economic drift during this period.

While Jokowi could use momentum from this victory to strengthen Indonesia’s democracy, his priorities will likely be economic reform and relations with China. His campaign platform included plans to bolster economic competitiveness, strengthen the country’s anti-corruption commission, and attract investment. He generally took a milder tone toward foreign companies than Prabowo did. 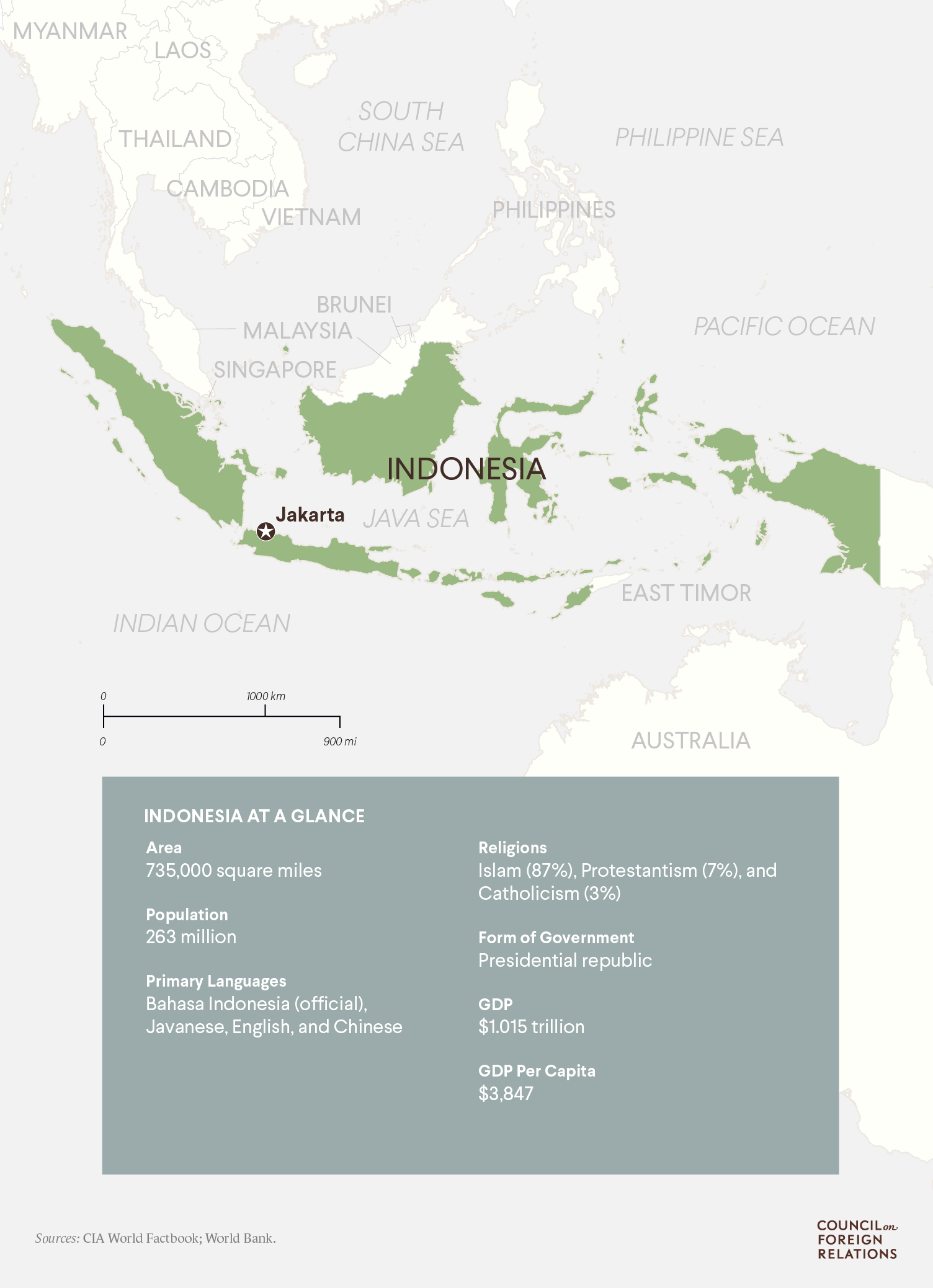 More From Our Experts
Joshua Kurlantzick
A Conversation on China’s Global Influence With the Global Taiwan Institute
Christopher M. Tuttle
Two Years After January 6, Some Reasons for Optimism
Gideon Rose
Where Will American History Go Next?

Although his platform barely mentioned foreign policy, Jokowi might take a harder line against Beijing in his second term. Shortly before Election Day, one of his top advisors harshly criticized China’s Belt and Road Initiative (BRI) and called attention to the delayed Jakarta–Bandung high-speed rail project, which is backed by China. The comments, which echoed criticisms from other BRI skeptics in the region, such as Malaysian Prime Minister Mahathir Mohamad, came alongside growing hawkishness in the Indonesian defense establishment regarding competing South China Sea claims.

Jokowi aggressively courted Chinese investment during his first term. A tougher approach could promote U.S.-Indonesia ties, particularly as tensions between Washington and Beijing grow. Jokowi is not going to stop wooing Chinese investment, but he may take a more skeptical approach in his second term.

What’s Not Likely to Change

Jokowi will not likely confront rising Islamism or reclaim Indonesia’s mantle as regional democracy promoter, a role touted by his predecessor, Susilo Bambang Yudhoyono. As money sluices through Indonesian politics, Jokowi has shown little interest in curbing the power of patronage.

Meanwhile, as conservative religious voices are on the rise, Jokowi and his advisors seem to prefer to co-opt some Islamist religious leaders while using flimsy defamation and hate speech charges against others. These decisions, which have hurt Jokowi’s credentials as a democrat, seem likely to continue in his second term.

Indonesia is still the most stable democracy in Southeast Asia, but that is a modest accomplishment in a region with severe democratic backsliding. If Jokowi continues to disdain civil rights and boost the military’s power over domestic affairs, he will add to the region’s shift toward autocracy.