President Barack Obama’s decision to cancel a planned meeting in Moscow next month with President Vladimir Putin follows a sharp deterioration in U.S.-Russian relations in the past year, says CFR’s Stephen Sestanovich. "On every important issue the two sides have been working on over the past six to nine months, they have nothing to show," he says. That includes Syria, Iran, missile defense, arms reduction, trade and investment, and in particular, the case of NSA leaker Edward Snowden, to whom the Russians have given temporary political asylum. "The Russians could have solved this problem in any number of ways by arranging for Snowden to travel to countries that would have accepted him. That they didn’t has angered the administration and made it more awkward for Obama to go to Moscow without looking somewhat humiliated," he says. 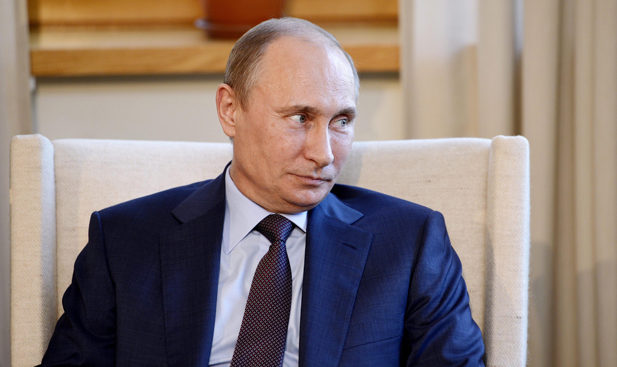 Back in 2009, soon after President Obama took office, Vice President Biden made a speech in Munich in which he said that the United States wanted to "reset" relations with Russia, and that started a series of improvements in bilateral affairs. Now with Obama’s cancelling a planned summit with Putin in Moscow next month, how bad are those relations now?

The "reset" as a benchmark was always measured by practical agreements, and the Obama administration has liked to argue that there was suddenly real stuff that Moscow and Washington could work together on. So U.S. officials have pointed to cooperation on Afghanistan; to agreements on new Iran sanctions; to the new START treaty; to World Trade Organization accession for Russia—to a series of issues where they said Russian and American interests were actually aligned and cooperation was possible.

Right now, there are a lot of negative elements in the atmosphere of Russian-American relations, from human rights to Edward Snowden and so forth. The real heart of the relationship—the stuff that made the reset work—isn’t there. That is what ultimately made it very hard for President Obama and his advisers to think about going to Moscow.

More From Our Experts
Stewart M. Patrick
What Are Biden’s Actual Prospects for Reviving Transatlantic Relations?

Well, on every important issue the two sides have been working on over the past six to nine months, they have nothing to show. That’s true of Syria; it’s true of Iran, it’s true of missile defense; it’s true of the American proposals for a new phase of strategic nuclear reductions. It’s true of trade and investment, which Putin has flagged as his special interest. Across the board, you can’t point to areas where the concrete interests of the United States and Russia are being advanced cooperatively.

How has Russia’s decision to give Snowden temporary asylum played a role here?

The Russians could have solved this problem in any number of ways by arranging for Snowden to travel to countries that would have accepted him. That they didn’t has angered the administration and made it more awkward for Obama to go to Moscow without looking somewhat humiliated.

But President Obama still plans to attend the G20 meeting in St. Petersburg next month. Why doesn’t he just send Vice President Biden?

He has no interest in offending the other members of the G20, which the administration has always considered to be a promising new forum of global governance. I think the G20 is somewhat overrated, but they want to nurture it, and this allowed a kind of Solomonic quality to the decision: St. Petersburg, yes; Moscow, no.

That’s interesting. Can you talk about the human rights issues? We have had this strange situation in Moscow where there was a trial of leading dissident Alexei Navalny, who was convicted, then released on bail, and is running for election as Moscow’s mayor.

Yes, he is appealing his sentence, and the judge ruled that he could be released precisely for the purpose of running in the mayoral election in Moscow. It will be September 8, which would have been just a week after President Obama’s visit if it had taken place.

There was an interesting angle there: Was the president going to be in the position of seeming to endorse the opposition, or was he going to have to stay away? And was the opposition going to want to stay away from him? There was some potential awkwardness there because this is the most important election in Russia since Putin was reelected in 2012, and the demonstrations against him have tailed off.

Is there any chance Navalny can win?

Navalny is unlikely to win, but the dimensions of the protest vote will be the crucial measure of his success. If he gets above 20 percent, people will probably say that he has put himself on the map politically and that Moscow has expressed satisfaction with the status quo. If the incumbent, Sergei Sobyanin, were not to win in the first round (50 percent or more required), it would be a kind of earthquake.

Right now, the polls show him above 50 percent, but in the last two big elections [the presidential and the parliamentary], Putin and his party did poorly in Moscow. So there’s every reason to think that the protest vote could be large. The question is: How successful will Sobyanin be in getting his voters out? Will he get more than the magical 50 percent?

What effects will this cancelled Obama visit have in Russia, as far as public opinion goes? Is this going to hurt Putin’s standing?

There has been a real revival of anti-Americanism in Russia—not just stoked by Putin himself, but by his political allies and by the media, where you will surely get a wave of criticism on the U.S. from the commentariat. Some of it will be more in sorrow than in anger: "It’s too bad the United States shows itself to be an emotional power that can’t treat other great powers seriously on matters of international consequence." While some of it will be more in anger than in sorrow: "It is outrageous the United States should treat us like a small, inconsequential country."

What’s a little harder to judge is how the critics of Putin will handle it. They may feel a little on the defensive; they may not want to align themselves with a foreign leader who has snubbed Russia; and they probably worry that this will give a little energy to nationalist sentiment fanned by Putin.

Now on the specifics: A few months ago, Secretary of State Kerry made a deal with the Russian leaders to have a Geneva conference to negotiate an end to the fighting in Syria. That seems to have gone nowhere. Are the two sides far apart on Syria now?

Yes. The issue of a Syria conference will presumably be on the agenda for this Friday at what is being called the two-plus-two meeting, a gathering of Secretary of State John Kerry and Defense Secretary Chuck Hagel with their Russian counterparts, Foreign Minister Sergei Lavrov and Defense Minister Sergei Shoigu, to review international issues.

It is hard to think that Syria won’t be right there at the top of the agenda, but the two sides have not been able to get Syrian participants to agree with the format and the agenda of a meeting; so it’s been easy for the Russians to sit back and let this proposal wither. There will be attention at the two-plus-two on other issues, presumably Iran and handling the new President Rowhani. In addition, the United States has got some ideas on the table about nuclear reductions and is unhappy, frankly, that the Russians have not been ready to talk seriously about that at all.

It’s interesting that they cancelled the visit before the two-plus-two talks. I thought these discussions were going to see what the situation was.

The cancellation takes one item off the two-plus-two agenda, and that’s probably good since neither the Russian defense minister nor the foreign minister is in a position to speak for President Putin on whether there should or shouldn’t be a summit. This way the ministers are in a position, and in some ways under more pressure, to address the substantive issues.

I’m surprised that nothing is moving right now on arms control.

The Russians really don’t seem very interested in moving forward on this issue, and there are many reasons why they might not be. Their own doctrine is elevating the importance of nuclear weapons. The ballistic missile defense programs that the Obama administration is committed to will not materialize for years, so there is not much pressure on the Russians to come to an early agreement with Washington.

The personal relationship between Putin and Obama never was very close. They haven’t really had that many meetings where they really had a chance to get to know each other, have they?

Obama has handled the relationship with Putin in an interesting way. Before his departure from Moscow in 2009—when Dmitri Medvedev was president and Putin was prime minister—Obama made a remark about Putin having a foot in the past, which then had to be walked back to some degree.

This week, on Jay Leno [The Tonight Show], the president returned to this theme, saying that the Russians have a kind of residual Cold War thinking that keeps them from resolving problems like Snowden in the right way. I am sure that Putin, if he was watching Leno late at night, heard this as a personal reference.

Up in the Air: Ten Global Summits That Will Test Joe Biden in 2021

Ten major summits in 2021 will help determine the future of international security, freedom, prosperity, development, health, and indeed of the planet itself.

The cooperative vision of space is under stress. Biden should commit the United States to forge new norms and rules of collective security to manage the shared risks and advance the common purposes of all peace-loving nations.