With the inauguration of President Hassan Rowhani, nuclear expert Gary Samore says he is optimistic that a direct dialogue between the United States and Iran may develop, but he does not foresee an early breakthrough on the nuclear issue. He says bilateral talks would allow both sides to discuss a more comprehensive agreement and "what kind of nuclear constraints we would expect in exchange for relieving sanctions that are really doing the most damage--the oil and banking sanctions." Rowhani has a good reputation as a nuclear negotiator, Samore says, but for nearly a decade, Iran has failed to assuage concerns about its intent to produce weapons-grade material. 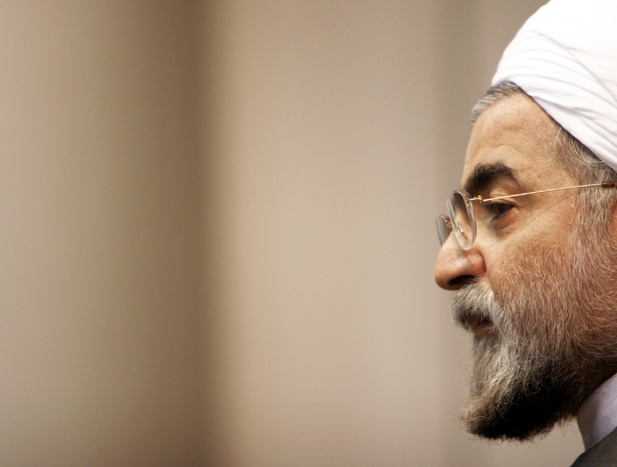 Iranian president-elect Hassan Rowhani will be inaugurated on Saturday. What are the chances of a direct dialogue between the Iranian and U.S. governments, which the Obama administration has been seeking since 2009?

This will be the first big test of whether Rowhani really is bringing something new to the negotiation of the nuclear issue, whether he can convince Supreme Leader Ali Hosseini Khamenei to at least acquiesce in direct talks with the United States.

What is your guess?

I’m optimistic. At some point, the Iranians will accept that the only way to resolve the nuclear issue is in direct discussion with the United States. The supreme leader has already said publicly that he is very skeptical anything useful would come of it, but he’s not going to stand in the way and block direct talks between Iranian and American officials. So it will happen, and that will be an important indication that at least a process has been set up that could lead to a solution. At the same time, the two sides are so far apart on the substance of an agreement that I really don’t expect a breakthrough any time soon.

Have there been any secret talks between the two sides? After all, you were White House coordinator for arms control and weapons of mass destruction in the Obama administration’s first term.

What are the United States and its allies seeking as a minimum from the Iranians to get things moving?

The approach that the P5+1 have taken over the last five years of negotiations has been to propose very modest confidence-building measures as a first step toward an effort to negotiate a more comprehensive agreement. The most recent proposal the P5+1 made in Almaty, Kazakhstan, earlier this year was that Iran would shut down the Fordow enrichment facility; it would remove a large portion of its 20 percent enriched uranium; and it would cease or suspend further production of 20 percent enriched uranium. In exchange, the P5 + 1 offered modest sanctions relief, in particular sanctions on petro chemicals and precious metals.

Iran’s position is that they would temporarily suspend production of 20 percent enriched uranium, but they want all sanctions relieved, including the ones that really matter the most, which are the oil and the financial sanctions. So the P5+1 talks have really gotten stuck over huge differences in substance in terms of what the P5+1 were demanding and what they were prepared to give in exchange. These very large differences in substance are likely to continue because I don’t see any indication that either Iran or the P5+1 are going to dramatically change their positions in terms of what kind of sanction relief would be provided in exchange for what kind of nuclear constraints.

"The two sides are so far apart on the substance of an agreement that I really don’’t expect a breakthrough any time soon."

It would be a lot easier for the United States to do something if there was a bilateral channel where we could sit down with the Iranians and begin to explore, in a serious way, quid pro quos and different types of possibilities. If the United States met with Iran bilaterally, we would be able to talk about what a more comprehensive agreement would look like and in particular what kind of nuclear constraints we would expect in exchange for relieving the sanctions that are really doing the most damage: the oil and the banking sanctions. The U.S. government has spent a lot of time thinking internally and consulting with other governments, including P5+1 and Israel and others, on what kind of a comprehensive proposal we would be comfortable with, but we have never presented it to Iran because we never had an opportunity to sit across the table from them.

So what would the United States like to see from Iran?

At the end of the day, we are going to require compliance with UN Security Council resolutions. And that means suspension of certain nuclear activities—enrichment and construction of certain kinds of research reactors. And it means cooperation with the International Atomic Energy Agency (IAEA) to resolve questions about Iran’s past nuclear activities. In essence, what the United States is looking for are physical constraints on Iran’s nuclear program and intrusive monitoring so that Iran can’t use its civilian nuclear facilities to produce weapons-grade nuclear materials.

Does the United States want Iran to get rid of all of its 20 percent enriched uranium?

Certainly that would be one element of it. There are several different elements. One element is limiting capacity. If Iran has an unlimited enrichment program in terms of numbers and types of centrifuges, then they automatically have the ability to quickly produce within weeks or months large quantities of weapons-grade uranium—90 percent enriched uranium. So the United States would want to limit the physical capacity of Iran’s enrichment program so they didn’t have the ability to produce large amounts of weapons-grade material. We would also want to make sure that the inspection mechanisms were in place to help detect any effort to produce weapons-grade material or to build secret facilities, which has been Iran’s preferred method of trying to produce nuclear weapons in the past.

I take it the IAEA is not satisfied with its inspection possibilities?

They’re satisfied with their current inspections on declared facilities. What they are unsatisfied with is getting an explanation of Iran’s nuclear weaponization program, which took place—according to the U.S. intelligence community—until 2003, when it was ended. The IAEA and Iran have been going back and forth about this, and frankly, the Iranians have been stonewalling the IAEA for years now.

Have the Iranians indicated who would be on Rowhani’s team?

It’s only rumors, but so far the rumors are in keeping with Rowhani’s image as somebody who is trying to portray himself as pragmatic and moderate. There are many rumors that the incoming foreign minister will be Ambassador Mohammed Javad Zarif, who many of us know well from his days in New York as the Iranian ambassador to the United Nations. He is a very sophisticated, talented diplomat, so he would be a smart choice for a foreign minister. The person who has been rumored for head of the national security council, and therefore probably the nuclear negotiator, is somebody that I don’t know, but his name is Mohammed Forouzandeh—and he is somebody who has been associated with Rowhani and earlier governments. He’s a former defense minister.

So presumably, he would work closely with Rowhani.

Yes, everybody assumes that the current nuclear negotiator, Jalili, will be replaced by somebody whom Rowhani would have more confidence in.

Rowhani was the chief nuclear negotiator from 2003 to 2005. What did people think of him when he was a negotiator?

"The truth is that the P5 + 1 are very far apart themselves on what a comprehensive agreement would look like."

I didn’t deal with him directly, but people who [did] had a very high regard for him as somebody that they could do business with. And in fact, from 2003 to 2005 when Rowhani was the chief nuclear negotiator, there was some progress made in the nuclear negotiations, and Iran agreed to suspend most parts of its enrichment program in exchange for a European agreement not to refer Iran’s nuclear file to the UN Security Council. This was actually over the objections of the Bush administration. But when Mahmoud Ahmadinejad came to power, the Iranians reneged on the agreement. They resumed their enrichment activities and the Europeans dropped their objection to referral to the Security Council, and that led to the first of what are now six UN Security Council resolutions against Iran.

And what about Israel? Will it get more nervous about military action?

It will depend on what the Iranians do. Up till now, the Iranians have actually respected the red line that Prime Minister Netanyahu announced in New York in September of last year. He said that Israel couldn’t tolerate Iran having enough 20 percent enriched uranium in gas form for further enrichment to a bomb’s worth of 90 percent enriched uranium. And in fact, the Iranians have deliberately stayed below that red line of about 250 kilograms by converting the 20 percent from UF-6 from gas form to oxide form [Editor’s note: Some experts say such a conversion makes the uranium less usable for making bombs.] And that’s a clear decision on Iran’s part to avoid doing something that might trigger an Israeli attack.

So at this point, Iran has not made a decision yet to build a nuclear weapon?

I think that they haven’t made a decision because of fear. That the supreme leader is afraid that if he orders the construction of a nuclear weapon it will be detected and it will lead to a war with the United States. If he lost that fear, if he somehow believed he could get away with it, either because the United States wasn’t really prepared to attack or because they could do it in secret, he would do it.

Five Questions on Women in the U.S.-Iran Negotiations: Wendy Sherman

The Five Questions Series is a forum for scholars, government officials, civil society leaders, and foreign policy practitioners to provide timely analysis of new developments related to the advancement of women and girls worldwide.

What Effects Will Tighter U.S. Sanctions on Iran’s Oil Have?

Latest U.S. Pressure Has Iran Over a Barrel

Iran appears increasingly boxed in by intensifying U.S. sanctions, the latest of which will effectively cut it off from its main oil customers.