Chinese authorities are marking the twenty-fifth anniversary of the Tiananmen Square massacre with crackdowns on civil and political liberties. CFR Adjunct Senior Fellow Jerome A. Cohen, a longtime expert on legal and human rights issues in China, says the occasion demonstrates that the country’s economic gains have not translated into greater freedoms. Cohen says the ruling Communist Party appears to be responsive to concerns about the environment, labor protections, and corruption, but deep reforms are needed. "The failure to develop and use institutions to give vent to the growing sophistication and demands of the increasingly educated populace will create the greatest threat," he says. 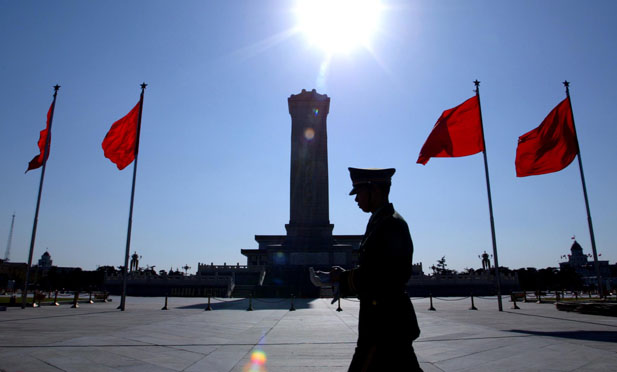 What is the legacy of June 4 in China today?

The lesson of the past twenty-five years seems to be that economic and social progress, enactment of better legislation, improvements in legal institutions, and reformist official policy statements do not guarantee either the enjoyment of civil and political rights or the protection of political and religious activists and their lawyers against the arbitrary exercise of state and party power. This is not to say that no legal progress is being made in related areas of human rights.

The government has been rounding up activists ahead of the anniversary, including notable figures like free-speech lawyer Pu Zhiqiang. How does this year’s crackdown compare to those of prior anniversaries?

This year’s crackdown on civil and political liberties is worse than any other in recent memory, i.e., since the post-June 4 terror began to moderate in the mid-1990s. It seems to be part of President Xi Jinping’s broader plan to instill centrally controlled discipline in the country and to gather unchallenged power in his own hands, brooking no political criticism or opposition.

Are there any areas in which you see the Communist Party allowing greater public opinion or legal redress?

Repression can only work in the short run, and is gradually creating more, not less, discontent.

In some areas where the opinions of very large numbers of people are involved—rather than the opinions of a smaller, better educated, democratic political/human rights elite—Xi seems willing to keep an ear to the ground and respond with at least modest flexibility and the appearance of tolerance. Environmental and labor protection are two such areas where, unless there is some government response, there could be massive unrest. Corruption is also very high on the general public agenda, and the regime is trying to show progress. There is also some evidence of progress regarding invidious social discrimination, such as that against women.

Topics like the environment and Uighur rights have recently garnered increased attention and citizen outrage. In your view, which issue poses the greatest threat to the government’s authority?

The most immediate internal threats to the Chinese Communist Party, apart from a possible economic crisis, appear to be Tibet and Xinjiang. In the medium term, I believe the environment and labor are very serious threats, as is corruption. Long term, however, the failure to develop and use institutions to give vent to the growing sophistication and demands of the increasingly educated populace will create the greatest threat. Repression can only work in the short run, and is gradually creating more, not less, discontent.

There seems to be inconsistency in the Party’s message about rights. While Xi has declared that nobody is above the law (manifested in his crackdown on corruption), constitutional activists like Xu Zhiyong are nonetheless detained and sentenced. What’s behind this?

Regarding political and civil rights, there is a bipolarity between theory and practice. Constitutional provisions and legislation are improving, as is some of the leaders’ rhetoric regarding rights. But practice often blatantly disregards these legislated improvements, and there is a growing danger of police lawlessness. Although Xi and other leaders preach that no one is above the law, it is obvious that politics are still in command when it comes to investigating corruption. How else could families such as Li Peng’s and Wen Jiabao’s escape the net, and even Xi’s family? And why is there such extended difficulty for the Party to decide what to do about [former domestic security chief] Zhou Yongkang?

At the UN Human Rights Council in March, the United States and European Union made the rare move of denouncing China’s silencing of activists. Will international pressure—and that from the United States—move the needle in any meaningful way?

International pressure must be kept up. In the short run, since China gained admission to the WTO and has become more economically powerful, it appears to have little favorable impact. But in the longer run, it will prove helpful, although domestic political considerations will always outweigh world opinion.

COVID-19 has been a pandemic of inequalities and inequities. A new report offers useful recommendations going forward but offers too few details and no roadmap on how to achieve them.

Blog Post by Stewart M. Patrick May 17, 2021 The Internationalist

By defining today’s geopolitics as a clash between democracy and autocracy, the Biden administration risks both empowering America’s adversaries and undercutting its allies.

What’s Next for Scotland’s Independence Movement?

The victory of pro-independence parties in Scotland’s elections means that another referendum is on the agenda. What’s at stake, and what comes next?