Iran and the so-called P5+1 [the United States, UK, France, Russia, China, and Germany] are unlikely to reach an agreement on the former’s controversial nuclear program by the stated goal of July 20, says George Perkovich, director of Carnegie’s Nuclear Policy program, but he feels a partial accord is possible by the end of the year. The biggest challenge, he explains, is on the issue of uranium enrichment—Iran wants to more than double its nineteen thousand centrifuges while the P5+1 wants to limit this number to about four thousand. Perkovich says that opponents to nuclear diplomacy in both countries will likely try to leverage the missed deadline to derail the process. 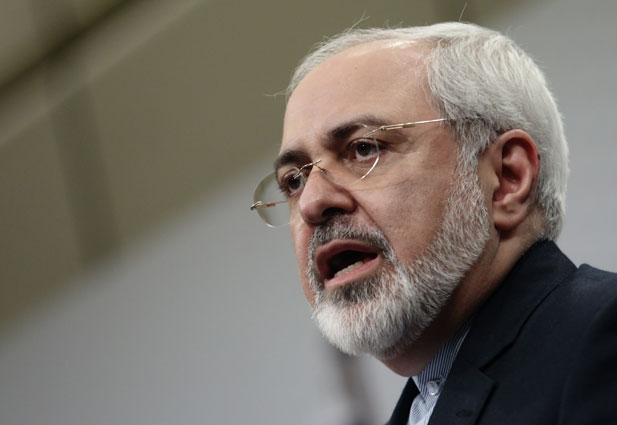 The latest round of nuclear negotiations between the P5+1 and Iran ended last Friday with no visible progress, and both sides were gloomy in their brief comments to the press. The talks are expected to resume next month. You’ve been watching them and getting briefings. Are you upbeat? Do you think they will meet their July 20 deadline for the talks’ conclusion?

From the beginning, I haven’t felt that the July 20 deadline was going to be met. So the seeming lack of progress last Friday was not surprising for several reasons. One is that the requirements the Iranians feel they have to satisfy for a final agreement are simply unsupportable in the United States and in other partner countries. Similarly, the requirements that we feel the Iranians have to satisfy are not supportable in Iran’s domestic politics.

Could you spell these out?

The P5+1 feels that [allowing Iran some enrichment] is a huge concession, and generally insists that Iran, which has nineteen thousand first generation centrifuges, has to scale back to four thousand. That’s a number that’s been floating around out there and is predicated on the criteria of breakout—how long it would take Iran to make a nuclear weapon if it chose to. The idea is to provide for six months’ warning.

Iranians say they won’t dismantle any centrifuges, begging the question of whether they would take them offline. But whereas we say they should go from nineteen thousand to four thousand, they want to go to fifty thousand. So reconciling the positions of both sides isn’t going to happen before July 20. That’s the hardest issue, while the others are more readily manageable.

There is also another reason why the July 20 deadline is not realistic: [Iranian] domestic politics and its negotiating tradition. The Iranians can’t agree to something before a deadline. By definition, if you agree to something before a deadline, you did not negotiate hard enough. You have to go beyond a deadline, to a point where there is a crisis, and then pull back and tell your critics at home that you got the most you could.

So what does that mean?

It means we’re headed for a rough patch in July because the Iranians aren’t going to make the concessions that we want. And then some people in the U.S. Congress and in the media—who have been skeptical on this all along and have been trying to pin another failure on the president—are going to take the non-agreement and say, "You see, we were right all along, and we should pin new sanctions on Iran."

As soon as they propose that, the elements in Iran who were especially wary of disengagement are going to say, "You see, all along these people were for regime change. They didn’t want to make a deal." So they are going to press for a ratcheting up of nuclear activity in Iran. The risk is that we will go back to a tit-for-tat escalation.

Now, I am optimistic that can be avoided. I didn’t think we would get an agreement by July 20, but my guess is that even though we will be close to a crisis by then, both sides will agree to not go back to what we had for the period between 2005 and 2013, when there was no real diplomatic traction and Iran kept expanding its capability. No one wants to go back there.

Is there something the Iranians can do short of a deal?

They have indicated they can modify the research at Arak to greatly reduce the plutonium.

Arak is a heavy water reactor?

Yes. It’s something the Israelis are particularly worried about. There are some technical modifications Iran can make to greatly reduce the facility’s plutonium production and at the same time allow the reactor to produce medical isotopes. These are verifiable measures they could take that would address one of the major concerns, but not all of them.

The Iranians would say, "We need something from you too—something more in the way of sanctions relief." We won’t give them the most leveraged financial sanctions, but we could give them some sanctions relief. So you could move [the process] forward without necessarily reconciling everything, without being clear when you might reach a final agreement, because the politics are so difficult. That is the most likely outcome.

So the talks would just continue past July 20.

There is a limit to how far this can go. There will be pushback in Iran. President Hassan Rouhani and Foreign Minister Javad Zarif are already under attack from those in Iran who want the country to basically remain isolated. This is a fundamental issue of autarky, of folks in the Revolutionary Guard who make money from a closed economy and will use any opportunity to trash Rouhani and Zarif. This is similar to the situation here in the United States, where there are people who fundamentally want regime change in Iran and do not want a deal because they want to squeeze things to a crisis.

Are we going to have an agreement this year?

We will not have an agreement before July 20. But if you ask me if there is going to be one before December 31, 2014, I think that is possible.

What about other issues?

There’s another issue the IAEA has about the experiments Iran conducted in the past to design a nuclear weapon. One experiment was at Parchin, a military facility where it is believed Iran had a fairly significant military explosion to test a nuclear device. There has been a lot of cleanup there to cover up this activity.

There is a longer list of activity and experiments that the IAEA and foreign governments believe can only be explained by Iran’s ambition to work on nuclear weapons design. Iran committed last November to never make nuclear weapons. So if there is some evidence that they had been working to that end in the past, the IAEA needs to understand whether that was the case in large part then to better monitor and verify in the future that Iran is not seeking nuclear weapons.

It’s a very important, but very difficult issue, and it has been bedeviling Iran and the international community for multiple reasons. Let’s say some Iranians did conduct experiments related to nuclear weapons. If they admitted that, Iran would be punished further. But also, the supreme leader has issued a fatwa against nuclear weapons. If they were to acknowledge such activities, it would make the leader look like a liar. There are artful ways of handling this without having to confess having had a nuclear weapons program, but the world needs information on the research program.