Skip to main content
Domestic Intelligence and the Boston Bombings

The Boston Marathon bombings offer lessons for future U.S. counterterrorism efforts, says CFR’s Richard Falkenrath, former NYPD deputy commissioner for counterterrorism. He says the case raises new questions about the suitability of intelligence operations because of the fact that one of the suspect bombers was interviewed by the FBI but was able to carry through with an attack. Falkenrath says that while more permissive foreign intelligence-gathering techniques used by U.S. authorities are focused abroad, "we’re instead reliant on more restricted domestic intelligence techniques to identify you before you attack." 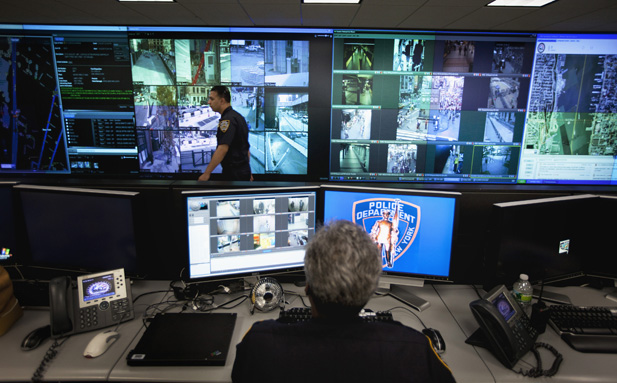 Some policymakers in Washington are already prepared to label these bombings an intelligence failure. What’s your take?

Of course it is an intelligence failure. It is every investigator’s worst nightmare--to have your eyes on a person, allow them to drop from your attention, and then they carry out a terrorist attack. But what we do not yet know is the cause of this failure. Was it incompetence or did it arise from the restricted authorities and resources of our federal law enforcement and domestic counterterrorism apparatus?

Many of the facts of the case are still unknown. It is reported that the Russian government informed both the FBI and CIA of their suspicions of Tamerlan Tsaraev. Two FBI agents interviewed him and have to live with the consequences of his subsequently carrying out an attack. It’s not the first time this has happened. There was David Coleman Headley (aka Daood Sayed Gilani), a Pakistani American, who conducted surveillance on behalf of the [Lashkar-e-Taiba] terrorists that attacked Mumbai in 2008--his ex-wife had called in saying he was a terrorist, and he was cursorily investigated and then went off to participate in this major attack.

The problem is inherent in our system of government, which does not have a domestic intelligence service. We have domestic law enforcement that performs certain intelligence and national functions, but so long as you want to have a system in which the activities of your domestic law enforcement agencies are tightly circumscribed by law and jurisprudence, you will have these sorts of mistakes and tensions.

There is no open mandate in the U.S. system for any security agency at the federal level to conduct unfettered surveillance of people it thinks to be a threat. In part, that comes from the basic structure of our government. I learned a long time ago that the [constitutional] Founders did not design our system of government to maximize the efficiency of the security agencies. And it also comes from abuses and scandals that we’ve had in our past, during World War I, World War II, and the Cold War.

Would you advocate for a domestic intelligence service?

Not in isolation. If you created a domestic intelligence service, but left all the underlying legal policy and jurisprudential constraints in place, then it would be a wasted bureaucratic reform. My focus has always been not on creating organizations but on rethinking or revising, where appropriate, the constraints that exist for domestic law enforcement at the federal level.

There have been some improvements to this underlying legal framework--the Patriot Act of 2001, for instance, or FISA Modernization Act of 2007--but the reform to our domestic counterterrorism program has not been as comprehensive or aggressive as people think. Looking ahead, an effort to simplify and liberalize the Attorney General Guidelines for Domestic FBI Operations or the FBI’s own Domestic Investigations and Operations Guide--two documents that currently run at the hundreds of pages--would have a far greater beneficial impact, far sooner, than creating a new agency.

FBI and other intelligence officials are responding to questions about how they handled this inquiry from Russia in 2011 regarding one of the suspects. Can you briefly describe how these types of inquiries from foreign governments are handled by federal authorities?

If it’s pertaining to a U.S. person, it will be handled by the FBI. And depending on the information that comes in, from whom it comes in, how specific it is, how credible it is deemed, the FBI will open what is called a preliminary investigation. And in the preliminary investigation, the types of investigative steps the bureau is permitted to use are rather limited and typically include an interview--which happened in this case--and an open source records check of the person and a check against law enforcement records to see if there is any other derogatory information on him or any other existing cases.

Do you think these guidelines need to be relaxed or amended?

First of all, they’ve always got some discretion within these guidelines. And it’s a complex but well-exercised process by which the supervisors in the FBI evaluate the information coming in on all the different cases they have--which number in the tens of thousands--and decide, based on the allegation and the credibility and specificity of the information, which to proceed on. So there’s a large element of judgment there; and with the benefit of hindsight, of course, that judgment is going to be questioned.

What surprised you about this case?

I was surprised [the bombing suspects] didn’t leave the country--that was my main one. They had sufficient time to get out, and they underestimated the speed with which they would be identified and dealt with. We were lucky, in the sense that we were still able to get them here in the country and relatively quickly. After forty-eight hours without an arrest, I began to get very nervous that we were going to lose them entirely.

What are some of the lessons that we can take away at this point?

First, the emergency response struck me as quite good, and we were lucky to have emergency medical personnel on the scene in numbers, and then to have proximity to some of the best hospitals in the world. So that was a success.

The processing of the crime scene was, as far as we can tell, fairly rapid given the complexity of the scene. And, although the after-action [review] for that is going to come out and we’ll find out more, it seems to me it was well done and the speed with which the government acquired imagery of the perpetrators was pretty good.

The manhunt is hard to second-guess, based on what we know. There were a lot of hard decisions that had to be made, but it’s useful to remember some of the precedents here, one of which is London, July 2005, where an innocent man was shot to death by police acting on the suspicion that he was one of the assailants in a failed bombing. And what that shows is there is reason to be wary of the threat to public safety from thousands of law enforcement officers on high alert trained to shoot to kill. So I don’t second-guess the request on the part of the government for people to remain inside, which was certainly made out of an abundance of caution.

Obviously, electronic surveillance played a central role in tracking and identifying these assailants--you were a big proponent of this technology when you were at NYPD, correct?

It’s just basic good practice now. And this technology has come a long way. My guess is that the police officers in Boston had a very laborious time-consuming video canvas, where they were going to each individual establishment and pulling either the tape or the DVR and going through it frame by frame. The system in New York has fairly high-quality coverage in lots of areas, but most importantly an automated ability to perform video canvases and video analyses, which would substantially speed up the video canvassing process.

On the prevention side, do we need more outreach with some of these Muslim minority communities? What types of greater prevention would you like to see?

If anything, you could argue that an incident like Boston reaffirms the case for preventive law enforcement activity, which aims to find potential perpetrators and remove them from the scene. The key for most of these cases is good old-fashioned police work, meaning the development of sources in communities of concern, and the aggressive use of electronic surveillance to generate leads.

Community outreach as a way of finding the bad guys has only seen a few success stories, so I’m not convinced it’s the best way to do things, particularly for uncovering those interested in concealing their tracks. What [community outreach] does, however, is generate a lot of score-settling--people carrying out grudges against someone they have a beef with by ratting them out to law enforcement. So while I have no problem with better relations between law enforcement and all communities, I wouldn’t do it just for counterterrorism purposes.

One of the basic problems is: Our best techniques for generating the first lead in major terrorism cases come from abroad, either in the form of liaison reports such as the Russian report--many different countries will periodically tell us about people they’re worried about and they believe to be in-country--or from the exploitation of foreign intelligence, the collection of which is largely unfettered.

We have a lacuna at home, which is: if you are an individual at home without any foreign connections--no foreign travel, no foreign communications, never had an encounter with a foreign government--our more permissive [foreign] intelligence gathering techniques have no chance of coming across you, and we’re instead reliant on more restricted domestic intelligence techniques to identify you before you attack. That’s not a problem that can be solved in our system of government; it’s a tension that needs to be managed and addressed by professionals on the inside of the community.

How well do U.S. intelligence and law enforcement agencies cooperate with foreign governments?

It’s incredibly varied, and it’s rarely insulated from the broader bilateral relationship that we have. So in the case of Russia, it’s particularly acute, since we’ve had a long difference of opinion with them--maybe twenty years--over whether the secessionist movements in the Caucasus should be deemed terrorists (which of course the Russian government would like us to, and the U.S. government has frankly been reluctant to do). That’s illustrating a tension. Furthermore, U.S.-Russian relations are at the moment very bad, so this would color how the government interprets the information they provide us.