Skip to main content
How Will Iran Nuclear Inspections Work?

The International Atomic Energy Agency (IAEA) will play a vital role monitoring and verifying that Iran’s nuclear activities are exclusively peaceful and in compliance with the country’s obligations under the nuclear deal, known as the Joint Comprehensive Plan of Action (JCPOA). Every step necessary to build a nuclear weapon "provides opportunities for detection," says Thomas Shea, a veteran of the agency’s Department of Safeguards, which is responsible for inspections worldwide. He says the agency has improved technologies that supplement inspections with real-time data. But if Iran were to rescind its understandings with the IAEA in what is known as the Additional Protocol, Shea says, inspectors would find their access to sensitive sites limited. 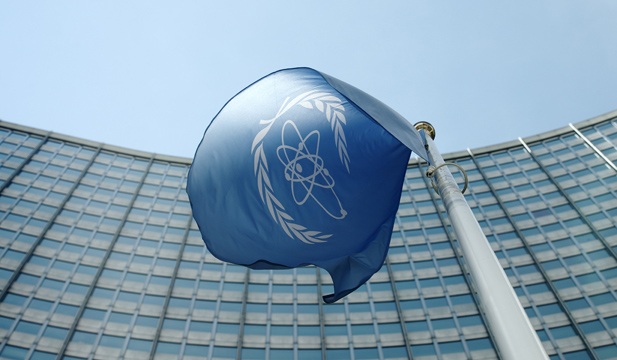 What steps will the IAEA take between the conclusion of the JCPOA, reached in early July, and the deal’s so-called implementation day, when the IAEA has verified that Iran has taken steps to restrict its nuclear program?

The IAEA is already up and running, and most of the things agreed to under the JCPOA are already in place.  The big outstanding issue is the resolution of the possible military dimensions (PMD) issue, an accounting of whether Tehran pursued a nuclear weapons program in the past, and if so, what it learned. Iran had been stonewalling the agency on PMD for the last year at least. The IAEA is required to provide its report on the PMD issue by December. If its report is positive, then the nuclear-related sanctions will be lifted and the inspections will focus on assuring that the terms of the JCPOA are met. Iran has committed to a course of action that will allow the IAEA director-general to make a favorable conclusion by year’s end.

Why are these historical issues so significant to implementing the deal?

It would be prudent to assume that Iran has carried out activities related to making nuclear weapons. If the IAEA can determine just what Iran accomplished, it can set its future inspections to take into account how close Iran was to being able to advance, if it were to get highly enriched uranium, to a nuclear weapon. Also, if in the future the IAEA comes across something suspicious, it will be important to determine whether the work took place before or after the JCPOA was concluded.

The IAEA has alleged that Iran carried out ten activities that have to do with producing a weapon, including weapon-design work and the acquisition of fissile material. These allegations come, in part, from intelligence sources from some ten countries that provided information to the IAEA, as well as what the agency itself uncovered.

What will be the agency’s focus leading up to day one of the JCPOA’s implementation?

"There are many steps that Iran would have to complete if chooses to pursue nuclear weapons. Each provides opportunities for detection."

There are five areas that the agency will pursue. One is the question of clandestine programs: Are there other facilities that either already exist or could be constructed in the future? (Both Natanz and Fordow were clandestine uranium-enrichment plants.) Then there’s the question of the declared facilities: How might they be misused, and how do we monitor them to ensure that doesn’t take place? Iran doesn’t have a very complex nuclear program, and so the two activities that it carries out—uranium enrichment and research-isotope production—can be remotely monitored on a daily basis. The next is the diversion of declared materials. Because of the small scale of Iran’s stockpile of nuclear materials, taking anywhere near the quantity required for a weapon would set off alarm bells. That would be a breakout scenario. There’s also the question of Iran looking for equipment, supplies, materials, or know-how on the black market or from friendly states. Finally, the limitations that Iran has accepted in the agreement itself will be monitored.

Iran is giving up substantial capabilities, which will limit its ability to pursue nuclear weapons in violation of the JCPOA. These include, for example, the number and types of centrifuges, the amounts of enriched uranium on hand, and the maximum level of enrichment of that uranium. Iran is also accepting a fundamental redesign of its heavy-water reactor at Arak, making it essentially incapable of producing plutonium for bombs. The IAEA will assure that the agreed-upon limits are verified.

How would you evaluate the IAEA’s ability to detect cheating that might evade surveillance by Western intelligence?

The question has many dimensions to it: What’s the allegation? Where is the information coming from? What happens when you try to get to the field? Are the Iranians cooperative? In all cases, there will be two camps: those who argue that whatever has been done is enough for the sanctions to be lifted, and those who say that the evidence proves that Iran cheated. Balancing these two opposing views will require the IAEA to remain objective, scientific, and diplomatic.

The agency has in-house capabilities for detecting clandestine nuclear activities which have been improving in the twenty-five years since its investigations into North Korea’s and Iraq’s weapons programs. At that point, in the early 1990s, the whole system had to be overhauled. Now the IAEA’s capabilities, by the standards of what was available then, are extraordinary, but there will always be room for improvement.

If the U.S. intelligence apparatus, with its multiple agencies—for example, spies, eavesdropping on communications, breaking coded messages—reveals problems, it can bring its intel to the IAEA. The agency is, in effect, part of a larger system with a rather extraordinary detection and verification capability. The agency’s strength is being able to go places, ask questions, take samples, and then report on what it’s found to the international community.

How are inspectors perceived in the countries where they work? Are they welcomed as honest brokers?

The IAEA has gained respect even in countries that were the most hostile; inspectors are professional and well-prepared, and they are conscientious and not easily influenced.

During the lead up to the Iraq war, the George W. Bush administration disseminated information that Saddam Hussein sought uranium from Niger, but there there were questions about the legitimacy of the information. The IAEA determined within a few days that an alleged letter from a minister in Niger was false, and that aluminum tubes that were allegedly useful for centrifuge plants were found by the IAEA to be suitable for missiles but not for centrifuges. This investigation showed that states may provide false information in an attempt to mislead the IAEA. It also showed that IAEA is capable of detecting false claims.

How are teams of inspectors formed?

Every country has the right to refuse to allow inspectors into its own country for whatever reason. Iran does not allow in Americans as inspectors, but that may change if this opening between Iran and the United States leads to improved relations. But even if it doesn’t, there’s still a need for more Americans at the IAEA.

How much money a country pays toward the agency’s budget determines its representation on the staff. The United States pays the maximum, 25 percent of the budget, so in principle it has the right to have one out of every four IAEA staff members be an American. Washington gave 5 percent of its quota to developing countries, which are underrepresented. That brings the U.S. quota to 20 percent, but the number of Americans on the staff is closer to 12 percent. I hope that Congress will provide incentives to encourage more well-qualified Americans from laboratories, federal agencies, businesses, and academia to serve at the IAEA.

The process for the IAEA to gain access to undeclared sites could leave inspectors waiting up to twenty-four days before gaining access. If Iran were to cheat, would this allow it sufficient time to cover up such activities?

There are many steps that Iran would have to complete if chooses to pursue nuclear weapons. Each provides opportunities for detection. For some, the operations do not involve long-lasting signatures and remediation could prevent discovery. For others, especially the operations that involve chemical operations on uranium, trace indications are likely to remain for an extended time.

"The agency is, in effect, part of a larger system with a rather extraordinary detection and verification capability."

When seeking to resolve a suspicion, the IAEA would secure satellite imagery before requesting access under the Additional Protocol (AP). [Editor’s note: The protocol, a supplement to the IAEA’s safeguards agreements with participating states, boosts inspectors’ abilities to investigate facilities.] It may continue to procure imagery throughout its investigation, and may also procure radar and infrared imagery to enhance its verification. A state bringing a suspicion to the IAEA will likely continue to monitor the site, perhaps with human surveillance, to detect sudden reactions following a request for access.

If the results of the first round of environmental samples is inconclusive, the IAEA could insist on a second round and scrape surfaces that have been recovered, or obtain core samples made by commercially available drilling machines. It might also install portable air and effluent filtration systems to increase the odds that it will be able to find evidence of clandestine operations in spite of remediation activities.

Do any concerns with the monitoring and verification regime in the JCPOA stand out?

Two concerns jumped out when reading the JCPOA. First, the JCPOA states that Iran will implement the AP on a provisional basis, and in eight years, seek the AP’s ratification by the Iranian parliament. The AP is critical to the long-term future, and anything provisional can be cancelled. A future election, for example, could put a hard-line conservative in charge. Second, the JCPOA Commission and the IAEA Board of Governors will hopefully work seamlessly, without confusion or opportunities for mischief. [Editor’s note: The commission, comprising the five permanent members of the UN Security Council, the EU representative, and Iran, was established by the JCPOA to resolve disputes over allegations of noncompliance.] But that the agreement has been concluded is a stunning accomplishment. I am confident that this case has been resolved at least for a decade, hopefully longer, and hope it will deter any other state from making its own try for nuclear weapons.