One leaked cable notes that some of the shipments for ballistic missiles and components from North Korea to Iran passed through China, raising questions over China’s role in proliferation, but Lewis says the evidence on whether there is any Chinese state support for these activities is murky. Lewis recommends interdiction as the best policy option to prevent a proliferation threat from Pyongyang. "[R]ight now the outlook for negotiations is quite poor, so it makes a lot of sense to spend time on trying to physically restrain the North Koreans from selling things," he says.

What kind of nuclear cooperation is there between North Korea and Iran?

We really don’t know the precise nature of the cooperation. We know that they were both customers of the Khan network [run by Pakistani nuclear scientist A.Q. Khan], and that they have collaborated on ballistic missiles, but we don’t have a lot of visibility into what kind of nuclear cooperation there might be between them. Which is not the same thing as saying it doesn’t exist, just that we don’t know.

Does the new evidence that North Korea has a uranium enrichment facility raise concerns that it might be helping Iran  enrich uranium?

Certainly, or that Iran might be helping North Korea. The centrifuge design that the North Koreans got from Pakistan is very similar to the one that the Iranians got, and so just as the two countries’ ballistic programs are based on common designs and can involve common work, you can easily imagine the same thing for the centrifuge program. The other thing that’s important is that the most illicit  nuclear programs depend  heavily on procurement networks, and there’s no reason to think that North Korea might not use Iran’s procurement network or vice versa. So there’s a lot of opportunity for collaboration, just so far we haven’t found the evidence of it yet.

Last month, the UN Security Council released a report saying North Korea continues "to market and export its nuclear and ballistic technology to certain other states." The report expressed concerns about Pyongyang’s cooperation with Iran, Syria, and Myanmar. How big a proliferation threat is Pyongyang?

North Korea would sell just about anything to anyone, so in that sense they’re a very large proliferation threat. The thing that has constrained the threat from North Korea in recent years has been that only Syria seemed interested in developing a North Korean-like reactor. Everybody else was going the uranium route that the Khan network had promoted. But now that North Korea is in that business, I’m quite worried that North Korea’s  procurement network will be put at the service of other countries.

So the kind of black market network that North Korea uses to build its own uranium program will be used by others?

"If China did deny airspace to North Korean flights, and if China inspected a larger number of North Korean cargoes at Dalian, which is a major port in China, that would certainly reduce North Korea’s ability to proliferate."

Yes. In fact, we’ve seen some anecdotal evidence in the past that the Iraqis and the Brazilians collaborated in part on the basis of their networks.

We don’t know anything about that. I haven’t seen any evidence that North Korea has assisted non-state actors. The good news about nuclear weapons is that even if we can imagine a non-state actor doing it, it’s still quite demanding. We can only imagine one or two non-state actors, and at least one of those, al-Qaeda, has been pretty seriously disrupted by the United States government. Over the long run, again, I think North Korea would sell anything to anyone, but mostly right now I worry that North Korea’s procurement network will be open for business with other countries.

Could you elaborate on the procurement network? 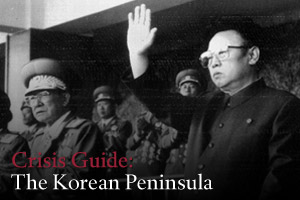 The thing about centrifuges as a route to proliferation that makes them so frightening is that they’re essentially a collection of dual-use components. All the machinery or the materials or the actual prefabricated components that one might buy for a centrifuge are really quite similar and in some cases identical things you would buy for perfectly legitimate civilian uses. And they’re not particularly exotic. So, for example, the Khan network from Pakistan included suppliers in the Netherlands, Switzerland, Spain, Turkey, South Africa. They even set up a factory in Malaysia. The technologies are quite mundane, and they’re widely available. What’s really threatening about a country like North Korea is that they’ve invested tremendous resources in putting together a supply network that is able to acquire these materials that are in components, which are supposed to be controlled, and if they can buy them for North Korea, then they can also buy them for pick-your-proliferant.

According to the U.S. diplomatic cables released by WikiLeaks,  Iran has obtained ballistic missiles (NYT) and missile components from North Korea, and several of these deliveries passed through China. In one instance, Washington even urged Beijing to act urgently to halt the shipment. How involved is China in this proliferation nexus?

"The problem is that in the West, we don’t know what to do about North Korea. It’s an impossible problem, and so the natural thing to do when you’re out of options is to create this kind of fictional solution and say, ’It’s the Chinese’s fault, if the Chinese would only put pressure on the North Koreans.’"

There are different levels of involvement. We think  there are some Chinese entities that have remained involved in proliferation activities, but that’s not necessarily sanctioned by the government. We also know that the North Koreans have used Chinese ports and Chinese airspace to trans-ship illicit goods. Again, that’s not something that’s directly the responsibility of the Chinese government. At the same time, those are both things that we want to see the Chinese do more on. So it is the responsibility of the Chinese government to adopt and enforce adequate export controls. And there’s the question of actual state support. The evidence on that is much murkier. In the early 1980s, the Chinese provided tremendous support to the Pakistani nuclear weapons program, but it’s not clear that that kind of overt support is continuing.

How willing has China been to curb it?

It’s hard to measure overall how cooperative [China has been]. The United States complains about things, and sometimes the Chinese act and sometimes they don’t. It’s probably a judgment call about whether or not the general trend or direction is getting better. For our purposes what’s important to note is if China did deny airspace to North Korean flights, and if China inspected a larger number of North Korean cargoes at Dalian, which is a major port in China, that would certainly reduce North Korea’s ability to proliferate. It probably wouldn’t eliminate it, but nonetheless that would be the proper subject of strong U.S. efforts.

Is it possible to prevent future proliferation from North Korea to Iran or to any other country without China’s support?

That’s an interesting way of looking at the problem. I’m not sure.  I would take issue with the premise of the question, just because the Chinese have to be a part of the solution, and having a geographically central country like China outside of the problem, or outside of the enforcement regime, would obviously be a problem. But I don’t want to give the impression that solving the Chinese portion of this problem is some kind of silver bullet. If we got China to do everything we asked and more, we’d still have a North Korean proliferation problem. There are other things that we would still need to do.

Yes, this is desperation.  The problem is that in the West, we don’t know what to do about North Korea. It’s an impossible problem, and so the natural thing to do when you’re out of options is to create this kind of fictional solution and say, "It’s the Chinese’s fault, if the Chinese would only put pressure on the North Koreans." The thing that you see from the WikiLeaks cables that is so interesting is how little the Chinese actually know about the North Korean regime, and how little influence they actually think they have. So while there are specific deliverables we’d like to get out of the Chinese--and inspecting more North Korean cargoes in Dalian is a big one--I still don’t think that’s any kind of silver bullet to deal with the North Korean proliferation problem.

What options are available to the international community to deal with North Korea’s proliferation threat?

We have the range of interdiction options, we have the range of options that are associated with negotiating with the North Koreans, but ultimately you’re going to need both. Interdiction efforts will never be perfect. You have to have negotiations, but right now the outlook for negotiations is quite poor, so it makes a lot of sense to spend time on trying to physically restrain the North Koreans from selling things.