If the recent Geneva compromise on deescalating tensions in Ukraine comes undone, the United States and its allies need to be cautious in ratcheting up sanctions against Russia, says CFR’s John Bellinger, former legal adviser for the U.S. State Department. He believes that tightening sanctions is the right course of action, but notes that going too far could increase the Russian public’s support for President Vladimir Putin, and may prompt retaliatory actions against U.S. companies and executives. 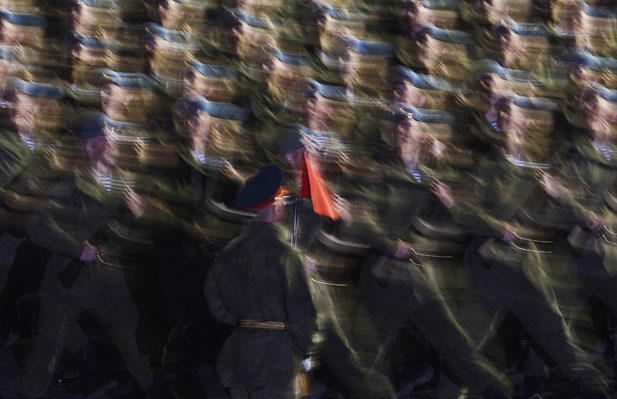 What are your initial reactions to this deal on the Ukraine?

The White House worked hard to lower expectations before the Geneva meeting, and the joint statement just clears that low bar. While it is valuable—and perhaps remarkable—that Russia agreed on anything, the statement does not commit the Russians to very much. Indeed, Russian foreign minister Lavrov damned it with faint praise, calling it "a compromise of sorts."

The most significant commitments for Russia are that all sides "must refrain from any violence, intimidation, or provocative actions" and that "all illegal armed groups must be disarmed." Russia also commits to support an [Organization for Security and Cooperation in Europe] Special Monitoring Mission

It’s not clear that this will actually prevent Russia from intervening to defend pro-Russian protestors in eastern Ukraine. The press is reporting that contrary to the Geneva agreement, pro-Russian separatists are refusing to leave government buildings in Donetsk. If the Ukrainian police or military try to root them out by force, Russia forces may intervene, and the Geneva deal could fall apart quickly.

What’s the value of these types of joint statements?

It’s important that the four parties—the United States, the European Union, Russia, and Ukraine—actually met and agreed on a written document. At least the parties were able to agree on something, even if it is not legally binding. It’s important that Russia agreed on the need to "de-escalate tensions" and to "refrain from violence." We will need to see if Russia honors these commitments.

How are these armed, unmarked paramilitary groups in Ukraine viewed under international law?

If Moscow is supporting pro-Russian groups in eastern Ukraine—or worse, actually inserting unmarked Russia military personnel into Ukraine—this is a violation of Ukraine’s sovereignty under both the UN Charter and generally accepted principles of international law. Although the legal situation remains murky, some international law experts believe that a state of international armed conflict already exists between Russia and Ukraine, and that Russia is acting as an occupying power of Crimea, which is part of Ukraine. In such case, the laws of war, international humanitarian law, and occupation law would apply, including the Fourth Geneva Convention (concerning the protection of civilians) and the Hague Regulations of 1907 (concerning the laws and customs of war).

What steps should the United States and its allies be prepared to take should things unravel?

The situation is at a critical point right now. If the protestors do not stop their violence, and if Russia continues to appear to support them through inflammatory rhetoric or more direct support, the United States and its allies will need to take additional measures, either through the imposition of additional sanctions, potential military assistance, or both. Secretary Kerry emphasized after the Geneva meeting that if Russia does not de-escalate violence and tensions in Ukraine, "then we will have no choice but to impose further costs on Russia."

The administration has emphasized that it is ready to impose additional sanctions beyond the thirty-eight individuals and two entities in Russia (including a prominent Russian bank) that the Treasury Department has already designated for sanctions. These have already begun to hurt, and additional sanctions could have a severe effect on the Russian economy.

On the other hand, the United States and EU must be cautious because if they tighten sanctions too much, they risk driving the Russian people to be more supportive of Putin. There is also concern about possible Russian retaliatory actions—either economic or even physical—against U.S. companies and/or their executives.

If Russia continues to fan the flames, I would support, and the Obama administration is likely to impose, additional sanctions, especially against Russian financial institutions. Imposing new sanctions is a difficult matter legally and politically. The Treasury Department must assemble sufficient credible information to support its designations in order to withstand legal challenges in Europe, where courts have been more inclined to allow sanctions targets to challenge their designations. And many European governments and U.S. companies oppose more sanctions because their economies are intertwined, or they do business, with Russia.

If Russia were ultimately to invade eastern Ukraine (presumably under the pretext that it is necessary to "protect" Russians in Ukraine), the U.S. would undoubtedly ask the UN Security Council and the UN General Assembly to condemn the action, although Russia would obviously veto any Security Council resolution. The Obama administration should also consider asking the General Assembly to ask the International Court of Justice for an advisory opinion regarding whether Russia’s annexation of Crimea (and any subsequent Russian action) is lawful under international law.

Will a longer-term resolution to this crisis include greater political autonomy for regions in Ukraine?

The joint statement says that the expected new constitutional processes must be inclusive and transparent and must include a "broad national dialogue, with outreach to all of Ukraine’s regions and political constituencies." This language appears aimed at preventing further breakup of Ukraine. The Ukrainian constitution requires that any changes to the territory of Ukraine be approved by a referendum of all of the Ukrainian people.