Diplomatic relations between Washington and Moscow have chilled markedly over the past year, beset most recently by U.S. legislation known as the Magnitsky Act, which imposed sanctions on a list of alleged human rights abusers in Russia. Moscow, in turn, retaliated with a series of measures that, among other things, ban U.S. citizens from adopting Russians. Despite these tensions, Jack F. Matlock, Jr., a former envoy to Moscow, says the two powers have many shared interests that require cooperation. "On issues that are extremely important to the United States, like dealing with North Korea, dealing with Afghanistan, and dealing with Iran, our policies are very close and tend to be mutually supportive," he notes. Presidents Obama and Putin are scheduled to meet twice over the next several months, and Matlock holds hope the pair can reengage on these important topics and others, including the conflict in Syria and arms control.

What Will President Biden Say About China in His State of the Union Address?

Who Are Russia’s War Hawks, and Do They Matter? 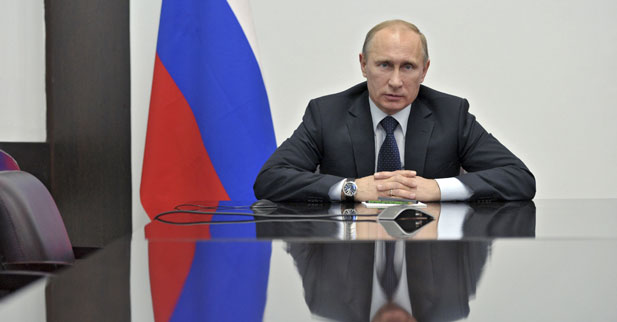 Tom Donilon, the national security adviser to President Obama, was just in Moscow with a note from Obama to Putin urging better relations, and the two leaders have agreed to meet at the G8 summit in Ireland in June and ahead of the G20 in Saint Petersburg in September. So the two countries seem on track for constructive talks on arms control and other strategic issues. At the same time, relations are strained by human rights issues such as the Magnitsky Act and the ongoing trial of Russia’s leading dissident, Alexei Navalny. Given these dynamics, how would you describe the relationship in general?

Obviously, in public there are a lot of tensions, in particular over these human rights issues in Russia. But in private, when one speaks to senior Russians, you still have recognition that we have a lot of common interests and that it’s important for both countries to continue cooperating on them. The big issue is to what degree we can work together without getting distracted by what Russians see as a U.S. effort to interfere seriously in their internal political process. Clearly, President Putin has been encouraging anti-American sentiment because he associates U.S. influence with the opposition to his own presidency--and that’s not going to ease.

There is a lot of cooperation going on behind the scenes, and therefore, there is hope that cooler heads will prevail on both sides and that we can pursue our common interests without letting emotional issues get too much in the way.

What Will President Biden Say About China in His State of the Union Address?

Who Are Russia’s War Hawks, and Do They Matter?

On the other hand, he’s a realist. One of the things we learned when a group of former ambassadors from Russia and the United States met in Moscow a few weeks ago is that on issues that are extremely important to the United States, like dealing with North Korea, dealing with Afghanistan, and dealing with Iran, our policies are very close and tend to be mutually supportive. So we shouldn’t ignore the fact that there is a lot of cooperation going on behind the scenes, and therefore, there is hope that cooler heads will prevail on both sides and that we can pursue our common interests without letting emotional issues get too much in the way.

A major international issue right now is Syria. Russia and the United States have been on different sides: the Russians continue to support the Bashar al-Assad government, and the United States wants Assad out, although Washington hasn’t gone so far as to arm the opposition. When Obama and Putin meet in June, can they discuss this issue constructively?

What both would like to see happen in Syria is not that far apart. There is a perception in Russia that the United States is trying to back anti-Assad forces without knowing what they’re supporting, which could produce an outcome that may be bad for all of us. So the differences have been more nuanced than many people perceive. The former ambassadors, both Russian and American, made a statement on this, and we could agree on what the aims should be. We felt that both countries should be encouraging the formation of some sort of interim government based upon an election, but there should be negotiations toward that end without preconditions.

The problem is not so much Russian policy or U.S policy, but the fact that Syria is in a civil war and it’s not at all clear what the outcome will be and whether minorities will be protected if Assad is removed. This unpredictability, and the fact that backing one faction against another militarily can easily backfire, is what gives the Russians concern. So there is room for a realistic discussion between the presidents on this issue. But nobody really knows how outsiders can play a useful role in this. It seems to be a "damned if you do, damned if you don’t" situation.

For many years, a major sticking point in Russian-U.S. relations has been the U.S. plan to deploy a missile defense system in Eastern Europe to guard against Iran, which the Russians have said was an indirect threat to their missiles. But recently, a top Russian official said Moscow was no longer that worried. Does that make an accord possible?

Certainly there’s a possibility now that we will come to an agreement, and I hope we will. I’m frankly dubious that the system we had in mind in Europe is a very useful one. But that aside, I do think that we have a common interest in cooperating on missile defense, because if we don’t, there’s no way we’re going to be able to reduce our nuclear arsenals. And if we don’t reduce our nuclear arsenals, we are ultimately not going to be able to deal with the proliferation problem.

On strategic weapons, the United States has been asking for a new round of negotiations. What would you like to see there?

It would be useful to come down to something around 1,000 warheads--now we’re at around 1,500. We need to keep the motion of reducing. I’m realistic that the Russians are not going to proceed without an agreement on missile defenses. Frankly, [the U.S.] walking out of the Anti-Ballistic Missile Treaty [in 2002] was a big mistake and has created a lot of distrust. But we can move on to a sort of cooperative missile defense, which ultimately is going to have to include the Chinese.

To get back to some of these domestic problems, the U.S. Congress has always been interested in human rights issues in Russia, going back to the days of the Jackson-Vanik amendment, which linked trade with Jewish emigration. What do you make of this Magnitsky Act, which has caused a big strain in relations?

It is, in principle, very wrong to single out one country, which is what the Magnitsky Act does. It speaks of human rights abuses and people who do it in one country only. Is Russia the only country guilty of these abuses? Among the abuses that it names are torture, and we just had a bipartisan commission saying that Americans were involved in torture during the Bush administration--but they have not been prosecuted.

Putting this in a law directed at a single other country when even our own hands are not necessarily clean is simply the wrong way to go and totally counterproductive in achieving the ends it is supposed to achieve--a better observance of human rights. Indeed, it simply puts us in a political tit-for-tat situation, which doesn’t do either side any good.

Why has Putin been so tough on the United States? In late 2011, he blamed the protests against him during the Russian presidential campaign on then secretary of state Hillary Clinton.

I don’t think U.S. influence had much to do with the domestic opposition to Putin. His actions may have been driven by a mindset that the United States was out to bring him down, to bring Russia down, to impinge upon what he considers Russia’s natural sphere of influence.

What do you think will happen with the Navalny trial?

It’s very hard to predict these things. It looks as if they’re going to throw the book at him. We are seeing a reaction to what Putin has viewed as a subversive influence. But the United States should understand that this is really not good for Russia--but for us to think that we have any real leverage on this issue is a mistake.

This crackdown on nongovernmental organizations in Russia that have U.S. ties and, of course, the recent ban on U.S. adoptions of Russian children, which is a response to the Magnitsky Act--how deeply felt are these issues? Are these just political acts?

Deeply felt by whom? For the people at the top, these are essentially political issues, as Putin as others have said: "They insulted us and we have to return that insult." That’s the way they look at the Magnitsky Act. If the law had gone after those involved in these human rights limitations in all countries, I don’t think that would have created a problem. But to single out Russia and no other country was a very big mistake. And what we have seen from Russia is an emotional reaction, one that is used to justify practices that are going to be very harmful to Russia, particularly to the open society.