The NATO summit has highlighted concerns over military deterrence against Russia in eastern Europe, but Western powers should be preparing for non-military disruptive actions from Russia, says expert Mark Galeotti. Such actions include support of political movements hostile to the European Union, the penetration of strategic industries, and potentially cyber-attacks via proxies, he says. The driving force behind the tensions and ongoing conflict in Ukraine, Galeotti says, is Moscow’s deep-seated fear of losing sway over its long-standing client to Western powers. Moscow is not looking for a "transforming global struggle with the West," he explains, but does seek the freedom to impose its will in its Eurasian backyard. 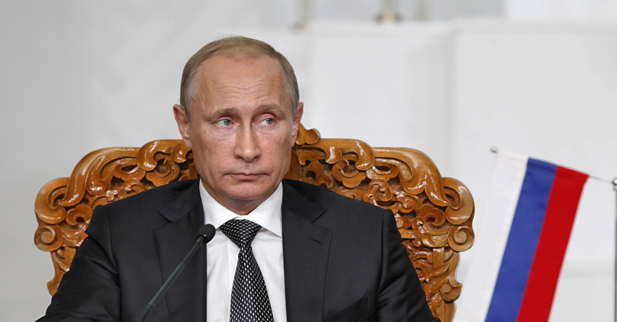 What are Russia’s motives right now?

Russia’s game has never been about eastern Ukraine. Eastern Ukraine is not Crimea, and not something Putin cares about particularly. Instead, eastern Ukraine has always been the instrument by which Moscow puts pressure on Kiev. The Russians are terrified, wrongly perhaps, that Ukraine would fly out of its hands and into the grasp of the West. That’s been the driving force behind this crisis.

Moscow’s aim is to ensure that Kiev acknowledges that it is within Moscow’s sphere of influence at least to some degree and make some kind of commitment that it would not become a member of NATO or the European Union or some other Western alliance.

I understand that NATO does not want Ukraine as a member now, but the EU and Ukraine did sign an associate membership, right?

The EU, in abstract, thinks that Ukraine would someday fit into its membership in terms of its culture and such. But you have to acknowledge that Ukraine is still a state in the process of being constituted. One of the tragedies is that since the collapse of the Soviet Union in 1991, Ukraine essentially has been through more than twenty years of failed state building.

Its economy is in an appalling state, especially at the moment. The EU’s richer countries are not looking to have another economic basket case they would have to subsidize for years to come. Although the EU was willing to give Ukraine this [associated membership] agreement, in part because Ukraine was asking for it, that is a long way from any real enthusiasm to bring Ukraine into the fold because that would involve massive, massive expenditures trying to bring Ukraine up to the EU’s economic standards.

Where does the current situation leave U.S.-Russian relations?

Obviously the Crimea, and now the eastern Ukraine crisis is a very serious challenge to Russian-American relations. But I regard it more as a symptom than a cause.

The "reset" ended up, for all its good intentions, emboldening the Kremlin into thinking the West was essentially weak. Because it carried with it expectations of Russia’s move toward a Western liberal-democratic model, it raised a lot of hackles among the more nationalist circles in Moscow. They saw it as a sort of soft power effort at regime change. In some ways, [the intervention in] Crimea and Ukraine happened precisely because Russia had already become disillusioned by its relationship with the West, and believed the West was weak.

I was in Moscow last winter when the sanctions regime started, [and] I didn’t meet a single Russian official or policymaker [who] thought the West would have the moral strength to maintain sanctions for six months. I think people now have to reassess those beliefs. But at the time, there was a sense that the West was both cynical and weak.

Can you describe the Russian military? How strong is it?

The Russians in effect have two militaries. It has put a disproportionate amount of its massive additional military spending into bringing about a certain number of elite, interventionist forces and raising them to modern standards. These are not equipped or trained as well as American, British, or German soldiers, but they are a far cry from the pathetic forces deployed in Georgia in 2008. So "the little green men" we have seen in the Crimea, the forces which could be as many as three thousand in the eastern Ukraine are professional, relatively well trained. But we are only talking about maybe 10 percent of the total Russian military.

And then you have the large majority, which is still relatively untrained, primarily conscripts who are on one-year terms—which is a very short term for them to be taught anything—still beset by problems of indiscipline, alcohol, drug abuse, and violence. The broad army has a poor quality officer corps and no real non-commissioned corps. These are all right for static security duties, and in major land wars these are precisely the people you need for cannon fodder. So Russia has modernized a small portion of its military, which is fine for bullying smaller, weaker neighbors, but it does not mean that Russia could conceive of going toe-to-toe with NATO or China.

Obama had a highly publicized trip to Estonia on his way to the NATO Summit in Wales, in which he promised that the new NATO countries would benefit from Article Five [of the NATO charter] if they were ever attacked. Is there is a real threat to NATO countries?

Certainly the Russians are not going to do anything that would trigger an Article Five response. The Russians realize that they are the weaker power and, therefore, as any successful guerrilla knows, you try to make sure the battle is fought on your terms. They operate through proxies; they encourage local discontent; they try to ensure they have at least a certain amount of plausible deniability.

For instance, you can look at what happened in 2007 in Estonia, which has been an exemplary member of the alliance (it spends 2 percent of its Gross National Product on military) and regards itself as being on the frontline with NATO in the new cold war or hot peace, however you call it. Estonia was hit by a massive cyber-attack which, if not carried out by agents of the Russian state, was encouraged, coordinated and facilitated by Moscow, and was probably carried out by so-called patriotic hackers. At the time, there was a discussion of whether this was an Article Five attack, but because it was hard to determine where any specific cyber-attack comes from, the decision was not to go that route.

So what NATO will face is not an overt military offensive. We are not going to see the eastern Ukraine model applied in Estonia or Romania. But we will see an escalation of intelligence activity, and more support of political movements hostile to the EU or which espouse factional nationalism. We will see penetration of businesses, particularly in strategic industries, by Russian companies or Russian front organizations. It means we will be facing a different kind of pressure from Moscow, which does not speak to the kind of things that NATO can respond to.

Is this really a new Cold War? How would you describe it?

I glibly threw out the "hot peace" line, and in some ways that says it. Moscow is not looking for a major world transforming struggle with the West because it knows that it would probably lose such a struggle. Nor does Moscow have some great ambition to reshape the rest of the world. The Cold War was driven by an ideological premise. The West was for democracy and liberal markets; the Soviets were for state socialism and wanted to export that.

The Russians are not looking to export anything now. More than anything else, they want freedom of maneuver to maintain their current hybrid, pseudo-democratic authoritarian oligarchy. At home, they want to have the freedom to impose their will in their immediate hinterland of Eurasia. They don’t want to be restrained by international institutions like the United Nations.

The Russians are saying "let us do our own thing." It is more of a hot peace. They are not out for war. On the other hand, Russia will be aggressive. It will become confrontational. The Russians will use methods we will regard as reprehensible.

Discuss Putin. We know he is a former KGB agent. But now he seems to be acting unpredictably.

Unpredictability is something he has fostered. But we have to acknowledge that he has changed. In his first two terms as president, he was an aggressive nationalist who clearly was trying to reassert control over a Russia that in the 1990s had wobbled dangerously towards anarchy. But in terms of his foreign policy, he was very intensely pragmatic. He would talk nationalistically, but he was perfectly willing to cooperate with international institutions when it was in Russia’s interest. Time and again he used the rhetoric of cooperation.

That seems to have changed. It began when he was the notional prime minister. Now we see that Putin is increasingly concerned about his legacy, which he sees not only in a strong Russia, but one that is truly sovereign and independent.

Secondly, he sees the threat of a still very small, but a more liberal middle class inside Russia that was involved in the protest movements of recent years. He sees them as the result of outside influences on Russia.

He has genuinely become more nationalist, believing that Russia has some great historical mission, and his circle around him is not one to question that. He has lost all the people in his inner circles who criticized his policies, who disagreed with him, who told him hard truths. He is now surrounded by like-minded people who know the way to Putin’s heart is to basically reflect back to him what he thinks and says. Therefore, he has much less of an idea of what the world is these days.

So you now have a ruler who can pretty much operate without control, who is increasingly concerned with a mission to bestow on Russia the legacy that it is protected from creeping cosmopolitan influences from outside. And he doesn’t tolerate anyone around him who is willing to question his vision of the world.