King Abdullah set in motion some important changes to the status quo in Saudi Arabia, but his legacy is mixed, says Rachel Bronson, an expert on the kingdom and senior fellow at the Chicago Council on Global Affairs. His crackdown on domestic stirrings related to the Arab uprisings overshadows achievements such as anti-corruption measures, Bronson says. Abdullah’s most meaningful move, she says, was to put in place a plan for a stable transfer of power to a younger leadership cadre. 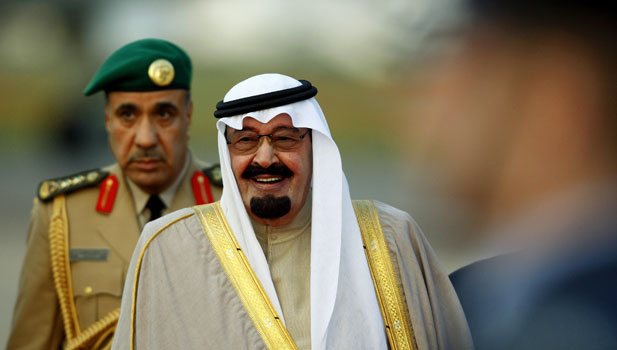 What is the legacy of King Abdullah’s rule, particularly in regard to domestic reforms, relations with the United States, and foreign policy?

King Abdullah started his reign [in 2005] with great fanfare and expectations that he would root out the corruption that plagued his predecessor, King Fahd, and work toward a more inclusive Saudi Arabia. In a highly visible walk through a poor area of Riyadh, he drew attention to Saudi Arabia’s unequal distribution of wealth, notwithstanding the country’s lavish oil earnings. He worked against the interests of many of his half brothers and cousins and those in the religious establishment who benefited from the existing economic system, dragged Saudi Arabia into the World Trade Organization, and took other measures to stamp out corruption.

Perhaps even more hopeful were his efforts to develop a broader definition of what constitutes a Saudi citizen. Through a series of national dialogues, he reached out to women, the Shia minority, and other marginalized groups. He ensured women a place on local Shoura (consultative) councils and discussed tolerance worldwide.

"The highly publicized flogging of Raif Badawi just a few weeks ago stands as a reminder of the dashed hopes of many Saudis and tarnishes Abdullah’s once very hopeful legacy."

These latter efforts largely sputtered, however, in the last half of his tenure, perhaps as a result of his age but also as a result of the Arab Spring. Fearing unrest in the kingdom, Abdullah threw money at the population and clamped down hard on dissidents. Activists, bloggers, and reformers who had been so hopeful only months earlier had their Facebook pages shut down, and many landed in jail, alongside their lawyers. Areas with large Shia populations came under particular scrutiny.

The highly publicized flogging of Raif Badawi just a few weeks ago stands as a reminder of the dashed hopes of many Saudis and tarnishes Abdullah’s once very hopeful legacy.

Despite the swift announcement of King Salman as the king’s successor, will that be contested due in part to the seventy-nine-year-old king’s reportedly poor health?

Abdullah’s greatest contribution to his government, and what will be the most heralded part of his legacy, is the naming of Mohammed bin Nayef as deputy crown prince. This is unprecedented.

The passing of power from King Abdullah to King Salman marks the transition to the seventh Saudi king. This is remarkable for any newly formed country—Saudi Arabia was established in 1932—let alone a Middle Eastern nation in the midst of today’s turbulent times. Not only has power yet again transferred peacefully, but the next in line [following King Salman], Prince Muqrin, has already been named.

The last six kings have been sons of the first one, King Abdul Aziz, and the biggest challenge was expected to come after Muqrin passed from the scene—when there would be no direct descendants left. Abdullah has avoided that problem with the designation of bin Nayef as deputy crown prince. He is the son of the late Prince Nayef, a son of the founding king. He has been named deputy crown prince and will be the first grandson of the king to rule. This is King Abdullah’s most important act of his tenure.

This leadership change occurs at a time of rising threats posed by ISIS, the collapse of the pro-Saudi government in Yemen, as well as sharply plunging oil prices. What are the capabilities of Saudi governing structures in handling these multiple challenges?

These are rough times for the kingdom. Thursday’s coup in Yemen made a bad situation worse. Saudi leaders have a neuralgic response to Yemen and watch it with greater concern than any other country in its neighborhood, except perhaps Iran. Yemen is a large and poor country with about 25 million people, and the once-porous border has been an area from which saboteurs have moved into Saudi Arabia quite easily. Saudi Arabia has sent its military into Yemen repeatedly.

Seeing most events through a sectarian lens, the Saudi leadership will interpret the coup as one more win for its archrival, Iran. Iran now has allies sitting in the capitals of many of Saudi’s neighbors, including Syria, Iraq, Yemen, and to an extent, Lebanon.

Yemen will be King Salman’s first international challenge. The United States is similarly concerned about events there, so this will provide an opportunity to continue to work closely with the United States on security issues. But there are no easy answers in Yemen, as is true in the rest of the region, and the challenge is considerable. Saudi will have to consider whether to send aid and arms to those overthrown and what kind of opposition it will want to support. Saudi Arabia’s policies toward Yemen have to date largely failed, but they will not sit idly by with [Shia Muslim] Houthi rebels in command.

King Salman has played important roles in Saudi leadership, including serving as the governor of Riyadh, an important position given that most of the Saudi leadership resides there. He oversaw the transition of a city that grew from less than 200,000 in 1963 to seven million today. By most accounts he did so with considerable skill.

In foreign policy, King Salman has been an active and visible player for a long time. In one of his more high-profile roles, he played a key part in funneling significant amounts of cash to Pakistan and Afghanistan during the 1980s and even into the early 1990s, which aligned with U.S. policy and defined interests.

Prince Muqrin is also seen as a competent and experienced leader. There is some value in serving for long periods of time in government positions. But what is perhaps the most interesting is what we know about Mohammed bin Nayef, the fifty-five-year-old interior minister who will eventually take power. As interior minister, he has spent his professional career in intelligence and domestic security, as his father did before him.

He has strong ties to the religious establishment, the fringe of which has been the source of most instability in Saudi Arabia. He was also the target of an assassination attempt by al-Qaeda extremists. He sees stability through a security lens and has worked exceedingly close with the United States and other international intelligence offices to understand and counteract extremist groups.

It is very unclear what this will mean for the reform agenda. As a younger leader, there is hope that he will have a more progressive outlook and that he will have a very good sense about how far he can go in terms of reform without risking a backlash. But we won’t know for sure until he takes the mantle of leadership.

Saudi-Iranian relations have been marked by intensifying proxy struggles as well as a recent overture toward dialogue. Should we expect any changes on this front?

No. Saudi Arabia’s leaders perceive an existential battle with Iran that is being fought across the region. Iran appears on the ascent, and yesterday’s coup in Yemen was just another loss for Saudi Arabia. The one tool against Iran that seems to be working unsparingly is low oil prices, which Saudi leaders have allowed to fall. It is hurting Iran significantly more than it is Saudi Arabia. Even though Saudi Arabia is expecting a fiscal budget deficit in 2015, it can ride it out given its $750 billion in foreign reserves. Iran is not as fortunate.

There won’t be much change vis-à-vis Iran when it comes to the new leadership. The Saudi leadership will remain concerned about Iran’s advancement and any rapprochement the United States makes toward it.

Should we expect to see oil market volatility caused by the changes at the top in Saudi Arabia?

It is not surprising that oil ticked up slightly in response to yesterday news. It’s interesting that it didn’t increase more. In past years there have been larger jumps upon news of transition, for fear of great instability and chaos in that country. The small uptick shows a greater understanding and sophistication in the markets about the realities of Saudi transition and the expectation of stability.

Salman has publicly declared his support for oil minister [Ali al-] Naimi’s policy of allowing the price of oil to fall without defending it. This is a somewhat controversial policy in Saudi Arabia, but I wouldn’t expect any sudden changes to it, especially given the pain it is causing Iran.

In any event, Saudi change usually comes before the death of a king, when political jockeying usually occurs (and has occurred over the last year). Any further changes to internal positioning will likely occur in six months or a year, or even longer after the king’s death.

At the time of transition all forces push toward continuity. Saudi leaders know the world is watching, and if there is one message they hope to send, it is that of stability and predictability.

“Perceptions” about Oil or Demand Realities?

Welcome to “Women Around the World: This Week,” a series that highlights noteworthy news related to women and U.S. foreign policy. This week’s post, covering April 8 to April 14, was compiled by LaTreshia Hamilton and Rebecca Turkington.