In a major policy speech at the Justice Department, President Obama proposed a number of reforms to U.S. surveillance practices that have generated great controversy in the wake of leaks provided by former NSA contractor Edward Snowden. Of these, the most important change will be the creation of an independent panel of advocates at the U.S. Foreign Intelligence Surveillance Court, says Andrew Weissmann, former top attorney at the FBI. While a nongovernmental adversary could slow the court’s national security proceedings, the change should bolster public confidence in the top-secret process, Weissmann says. 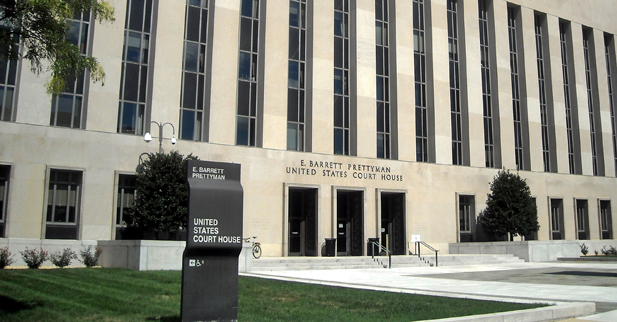 What is your initial reaction to the president’s speech?

The president admirably explained the issues to the public. There is an overarching issue that the Snowden leaks has placed in relief: whether systemically we have the right process for making national security decisions.

Right now, the [Intelligence Community (IC)] operates typically under what I would term the "1 percent" protocol, which is if there is any chance that a new tool could provide the next dot of intelligence that [could] prevent the next 9/11, the next subway bombing, or the next marathon explosion, then there is enormous institutional pull within the IC to use that measure. The IC does not routinely and methodically focus on the issue of "is the dot worth it?"

What is important in deciding whether to use a new tool and how to use it is to have a voice in the process that looks at proportionality: is the risk that it seeks to prevent worth the cost? [And] if the program is to go forward, is it narrowly tailored and subject to review and oversight that will measure whether it is in fact useful?

Other countries, such as Israel, have their courts play the role of conducting a proportionality review. In the United States, the courts have eschewed such a role, and thus it is important for another body to be undertaking that assessment, whether it’s Congress, the [director of national intelligence], or the president’s new Privacy and Civil Liberties Oversight Board. The question is, what mechanism will be in place to make sure those interests are sufficiently heard and considered? It remains to be seen what the president and his new advisory board or Congress will come up with to remedy that structural issue.

Which of the proposed reforms did you find most significant?

Proposing that Congress approve a slate of nongovernmental advocates to be heard in the [FISC]—that is, having another voice heard in the FISC—is probably the most important reform announced today, and a very positive one. The adversarial process is the bedrock of our judicial system; it can provide the judicial arbiter the necessary information to make the most informed decision. The adversarial process instills in all of us greater confidence in the outcome, as we will know that the court has heard from both sides.

As to how the advocates will operate, the president did not spell out precisely how this would work, but he seemed to understand that they would be available to the court in connection with significant decisions. It will be important to have the court be involved in setting the scope of the role of the adversary—much of what the FISA court does is routine and not legally controversial, [such as] deciding whether the government has set out sufficient factual predicate for the relief it seeks, akin to what federal prosecutors do routinely when they seek a search warrant, an arrest warrant, or an order permitting electronic surveillance. There is little risk of abuse or cause for concern in such routine FISC matters.

Are there potential drawbacks to having these advocates?

Injecting an adversary into such proceedings could make them exceedingly slow when time can be of the essence. That being said, national security orders are seldom the subject of later review in an adversarial proceeding, unlike a normal criminal process, which is eventually subject to such scrutiny. Thus there is more reason for adversarial hearings in [national security] matters at some stage. There are government applications in the FISC, such as the [2001 Patriot Act Section] 215 telephone metadata program, that raise significant legal issues; there the court can only benefit from hearing from opposing counsel.

What did you make of the announced changes to the bulk metadata collection program?

It is hard to tell; the president asked Congress and his new advisory council to come up with a system that will functionally do the same thing as the current program, but where the data is not held by the government. That, presumably, is something that people have been working on; it sounds like no viable solution was yet reached or agreed upon by the time of the speech.

In terms of the new requirements for the extant program, restricting access to the current 215 telephone metadata absent an emergency is a good idea. It shouldn’t have an operational downside assuming the emergency authorization works as well as it does in other contexts, such as FISA warrants. How the 215 program will be held by a nongovernmental entity remains to be worked out, particularly since the president said it needs to be in a fashion that preserves the functioning of the current system.

What about the changes to the National Security Letters process, which compel companies to provide the government with certain information?

The president made reference to private companies being able to disclose more information about their receiving national security letters, but that could have operational downsides depending on the specifics. Similarly, the president made reference to national security letters’ secrecy provisions terminating at some point. That is certainly unobjectionable, but the devil will be in the details as to how that is to be accomplished.

The president’s rejection of the proposal to subject national security letters to prior judicial approval was wise. It would have been odd to subject [them] to higher scrutiny than grand jury subpoenas. National security letters are far less powerful tools than grand jury subpoenas, and the latter basically emanate from prosecutors’ printers with no judicial approval or oversight. Equally important, there already is a system in place whereby the recipient of a national security letter can challenge it by merely telling the government that the recipient does not want to comply. The burden is then on the government to go to court to satisfy the judge that the letter is proper.

I think our allies were hardly shocked to learn that there was spying going on, since they do it as well. The president did however make it clear that there will be limits on spying with respect to leaders of allied countries, which is certainly an olive branch.

The China Challenge to Taiwan, With David Sacks

David Sacks, research fellow at CFR, sits down with James M. Lindsay to discuss the Biden administration’s strategy toward Taiwan amid growing threats from China.