Skip to main content
Ukraine’s Crisis and the Middle East

Dennis Ross, a veteran Middle East negotiator, believes that the U.S. response to the Ukraine crisis will have strong reverberations across the Middle East. "Signs that the United States is prepared to be decisive and show leadership go to the heart of [allies’] concerns," he says. Regarding the Middle East "framework" negotiations, Ross says Russian cooperation could facilitate Palestinian agreement. However, "if the Russians decide to respond to pressures in Ukraine [vis-à-vis the negotiations], there is a potential danger there," he says. As for the P5+1 talks with Iran and the ongoing crisis in Syria, Ross does not see the situation in Ukraine changing the calculus for Russian president Vladimir Putin in any meaningful way. 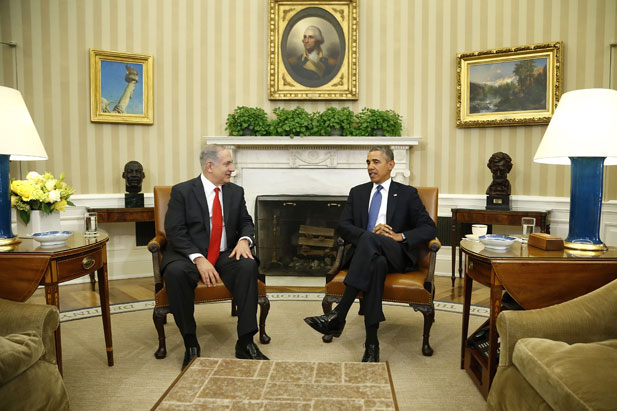 Is the current crisis in Ukraine going to help or hinder the future of the Middle East "framework" negotiations between the Israelis and Palestinians, which the United States is actively mediating?

More From Our Experts
Elliott Abrams
The "Two-State Solution" as Panacea Never Fades Away
Gideon Rose
Where Will American History Go Next?
Martin S. Indyk
The Case for a New U.S.-Saudi Strategic Compact

It won’t have a direct impact on the negotiations except in one respect—and that is if the Russians decide to support whatever the United States presents to the Israelis and the Palestinians at the end of April. That would, I think, be a benefit. Success is more likely if the Russians and Europeans get behind what the United States presents to the two sides, and this is particularly true on the Palestinian side. If Palestinians have qualms about the plan but sense there is very strong international support for it, then it makes it more difficult for President Abbas to not go along with it. If there is a lack of international consensus and Abbas has questions or doubts, then he may well choose to cite the absence of an international support. Conversely, if the Russians decide to respond to pressures in Ukraine [vis-à-vis the negotiations], there is a potential danger there.

And what about the other outstanding Middle East issues like Syria and the Iran nuclear talks?

Putin likely wants to demonstrate that if you pressure him, then you’re going to pay a price. But on certain issues, [his self interests overlap with those of the United States]. Putin’s support of the P5+1 talks with Iran is not a favor he’s doing us. He has his own interests in not wanting the Iranians to have a nuclear weapon. So while there’s potential for him to play upon some differences or for the Iranians to exploit these differences, Putin really has to think about his own longer-term strategic interests as well. On Syria, Putin has not exactly been a reliable partner, so I would say this is a very good candidate for him to continue to adopt what is an extremely unhelpful position.

This week, Israeli prime minister Benjamin Netanyahu seemed to ignore the sharp comments President Obama made in a recent interview, in which he told journalist Jeffrey Goldberg that Israel must "seize the moment" and make a deal with the Palestinians. Where do we stand on that?

The president was saying that there’s a moment now and [Netanyahu] can’t be so confident that he’s going to have other moments in the future—and that message, I think, is just as important for Abbas [to hear]. So I hope the president’s public messaging was meant for both sides. On the issue of the settlements, he was trying to make a point that this is a neuralgic issue for the Europeans and many others in the international community, and it’s something that the Israelis have the ability to affect.

More From Our Experts
Elliott Abrams
The "Two-State Solution" as Panacea Never Fades Away
Gideon Rose
Where Will American History Go Next?
Martin S. Indyk
The Case for a New U.S.-Saudi Strategic Compact

The other issue concerning Palestinians seems to be security in the Jordan Valley. Are the Israelis really locked in on having their own forces there after a settlement?

It is a very important position for Israelis. Go back to the speech that then prime minister Yitzhak Rabin made after an interim agreement in 1995. He went to the Knesset afterwards and laid out what was strategically important to the Israelis as they looked to go into permanentstatus negotiations. And he emphasized the importance of the Jordan Valley from a strategic standpoint for Israel. This is not a new position for the Israelis. Obviously there’s a question of duration regarding an Israeli presence. The Israeli position, given all the uncertainty in the region, is that having a presence reassures them. They want to know that they won’t need to withdraw until circumstances make it very clear that it’s okay for them to do it from a security standpoint. And I think what Secretary Kerry has been trying to do is come up with a way to try to address their concerns. Whether that’s something that the two sides can agree upon at this point remains to be seen. Abbas seems to have a pretty strong position on it, saying that he doesn’t want Israelis there past a certain point. What is that point? How is it determined? Is it condition-based? Who determines the conditions? These are questions that need to be thought through. It is worth keeping in mind that the kind of presence the Israelis are talking about is actually quite small, and it’s also not a presence that is designed to interfere with Palestinian economic activity or with the Palestinians having the ability to cross the border. Creative minds ought to be able to find a way to bridge this gap.

Will President Obama’s show of challenging Russian aggression in Ukraine help him on his trip to Saudi Arabia later in the month?

There is a prevailing view in Saudi Arabia that there is a shift in the balance of power against their interests [and U.S. interests], and they believe, fairly or not, that somehow the United States is not active enough in terms of redressing this situation. So signs that the United States is prepared to be decisive and show leadership go to the heart of the concerns that they have.

Now clearly in the case of Saudi Arabia, there are other concerns. They are uneasy about our approach to Iran, and they have a very different view of what’s going on in Syria and what should be done. They have a different view about what they see as a kind of existential struggle between the military and the Muslim Brotherhood in Egypt. So there are real perception gaps, but they’re placed in the context of a larger question: Is the United States prepared to take the necessary steps to protect its friends and its interests? That’s one of the concerns that the president’s going to have to address, and he’ll need to address it in concrete terms, not just with some general signs of reassurance.

Where does the United States currently stand with Egypt?

The Egyptian military believes it’s locked in an existential struggle and feels that the United States is not being forthcoming with aid regarding military needs. In particular, they see themselves fighting a daily battle with terror in the Sinai and increasingly throughout the rest of the country, and they feel that certain things are being withheld. The Obama administration’s feelings on the critical counterterrorism support that we provide are that we’re not holding back, but there’s clearly a difference of perception. The fact that the Egyptians were prepared to go to Moscow to get arms is an indication of their feeling that they can’t put themselves in a position where they’re dependent on U.S. military support. What is troubling, aside from them thinking they can go to the Russians as an alternative, is that the Saudis are promising to pay for this. So I think that’s an important topic of conversation for the president to have with the Saudis. They have some concerns about us; we have some concerns about them.